MANVILLE – Democratic gubernatorial candidate state Sen. Barbara Buono (D-18) showed up at the VFW Hall next to the freight loaded tracks of this blue collar burgh after earlier appearances in Essex and Middlesex counties.

“Our beloved Senator Barbara Buono,” was the introduction to a standing ovation among the party faithful of the Somerset County Democratic Committee.

“I’m not running against anyone,” Buono said. “I’m running for New Jersey. I’m running for all the women who because of what Christie has done, have a harder time getting healthcare.”

She said she’s running for the students having a harder time paying for college, the homeowner foreclosed on, the middle class and the working poor.

“Everyone told by this governor that they just don’t belong,” Buono said. “I see a little bit of me in all of them. This is our time.”

“We are so excited to support her,” Shaffer said. “She is the only candidate who had the chutzpah to step out before the rest of the field shook out and we were proud to endorse her.”

Assemblyman Upendra Chivukula (D-17) was in the crowd tonight.

“The people have to put her on their shoulders and lift her,” he said. “The leadership is neutralized in some places, but that’s why she has to take her message to the people, to the grassroots level. People saw Corzine as an elitist. I think Buono has been in the trenches and because she is an underdog she can connect with the people in an authentic way. She has to use her underdog status to her advantage.

“She needs to raise at least $10 million,” he said moments later. 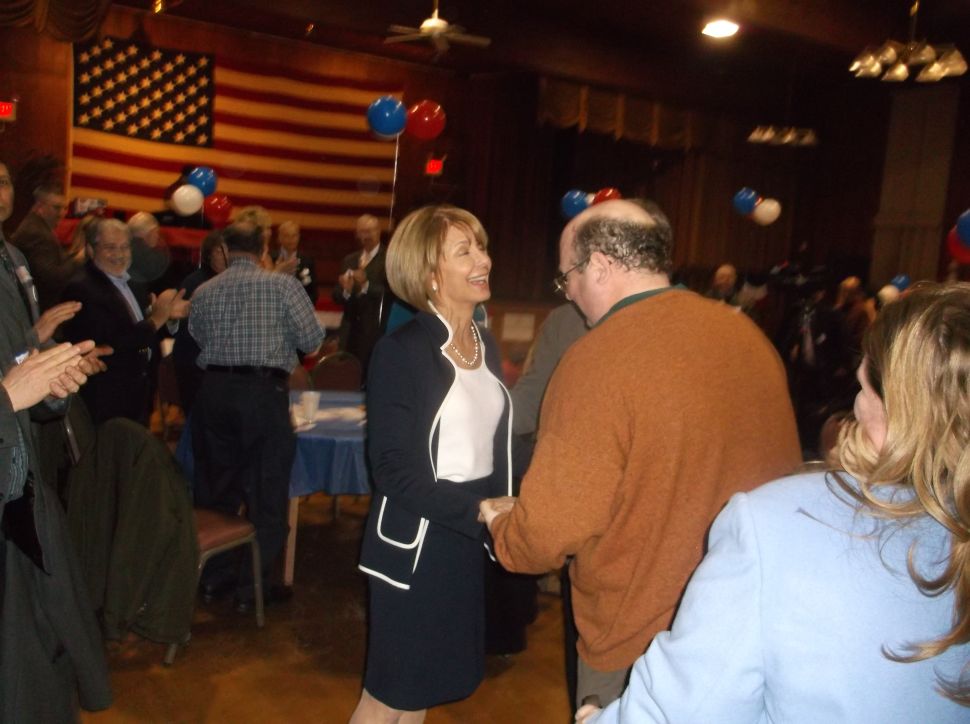