They’re the two words dreaded by politicians who depend on organizations for political sustenance.

“We’re going in another direction.”

The Burlington County Republican Committee wanted to remove its support from Rudder in favor of an alternative, according to BurlCo sources.

Rudder didn’t like that, and he and Burlington County GOP Chairman Bill Layton spent the last 48 hours in an intense back and forth. Layton and the organization want to throw the weight of the BurlCo GOP behind Maria Rodriguez Gregg of Marlton, a clinical specialist, mother and roller derby competitor.

They expect a challenge from the Tea Party wing of the Republican Party, which mounted salvos in opposition to U.S. Rep. Jon Runyan (R-3) in 2010 and 2012.

At this moment it appears Rudder won’t have the support of his party organization in time for tonight’s convention. 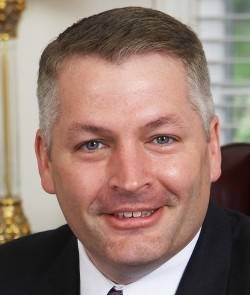