Two sources told PolitickerNJ.com that Speziale has talked to Passaic County Democratic Chairman John Currie about a return to office.

The organization does not hold a formal convention. The screening committee determines the organization’s support for candidates.

Adding to the intrigue around the political future of Speziale, Democratic Party members in Passaic County received an electronic phone call in the last few days asking them about their preference for sheriff in a Democratic Primary.

Sheriff Richard Berdnik is running for re-election this year in a much anticipated re-election effort. In the automated phone poll, Berdnik is matched against his predecessor, Speziale.

Speziale now works for the Port Authority of New York and New Jersey, where employees are forbidden to politick; two sources tell PolitickerNJ.com that “Speziale’s friends” commissioned the poll. The questions include, “Are you planning to vote in the June Democratic Primary; if Berdnik and Speziale were running, who would you support; Who would do a better job?”

Speziale did not return repeated return calls for comment.

One source received the phone call as recently as Sunday.

Speziale’s sudden decision not to run for re-election in 2010 and move to the port job – as a part of a deal engineered by allies of Gov. Chris Christie – had Democrats grimly speculating on the popular sheriff’s 2013 return as a Republican on a ticket with Christie.

The latest Speziale barrage, including the poll, has party members convinced the former sheriff is preparing for a primary run at Berdnik.

Currie appreciates Berdnik, a former lieutenant detective with the Clifton Police Department, who filled the void when Speziale left Democrats in the lurch three years ago.

“Berdnik has done a good job and he stepped forward in a crisis,” Currie told PolitickerNJ.com in a statement.

Sources close to the chairman say Currie intends to let the executive committee process play out, whether Speziale ultimately screens or not. 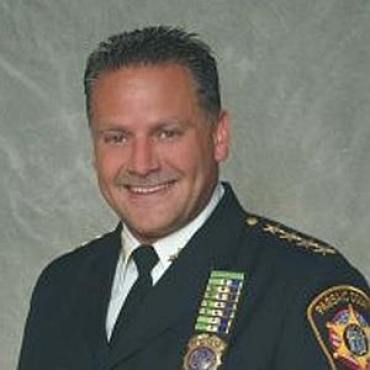