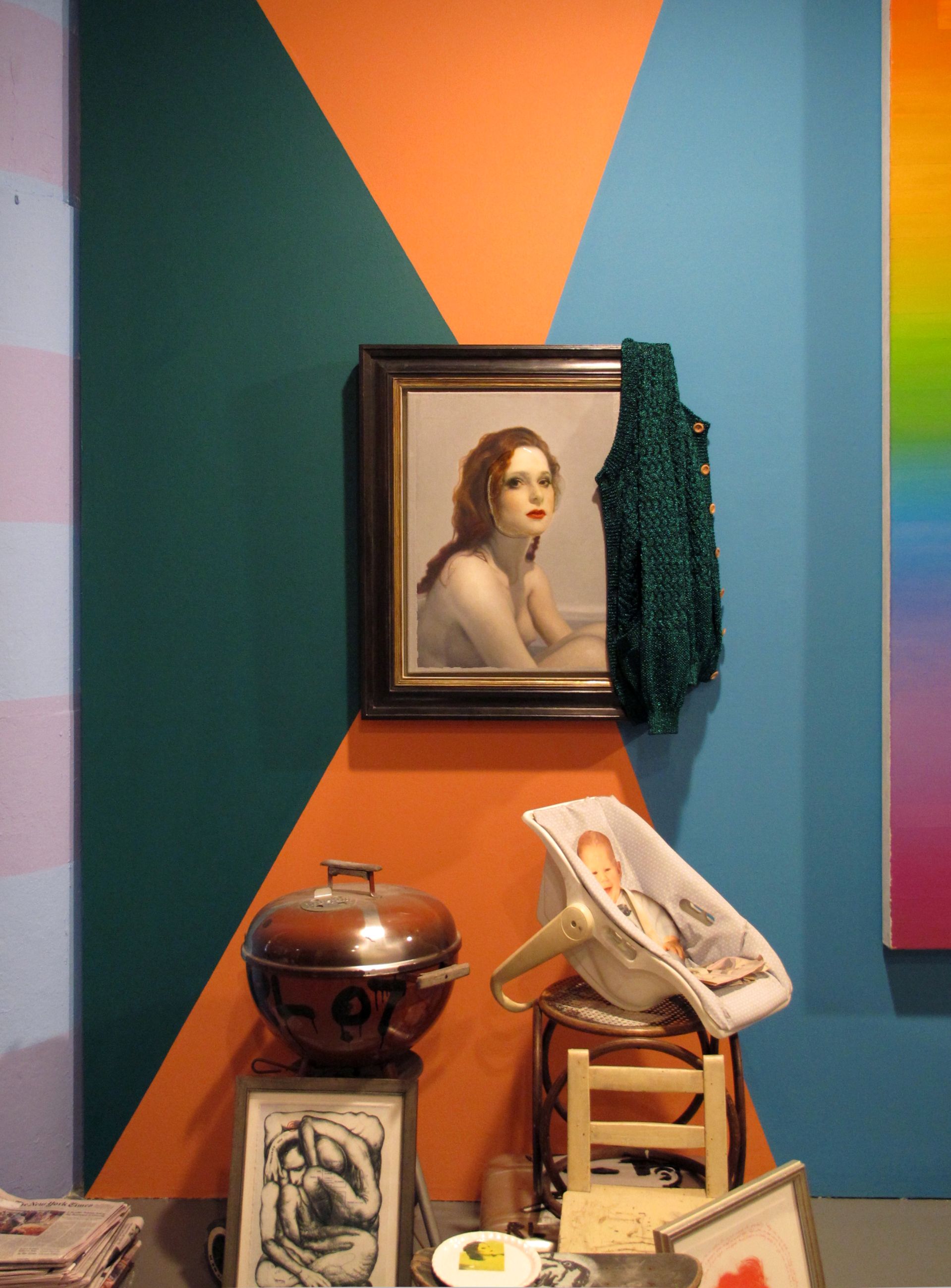 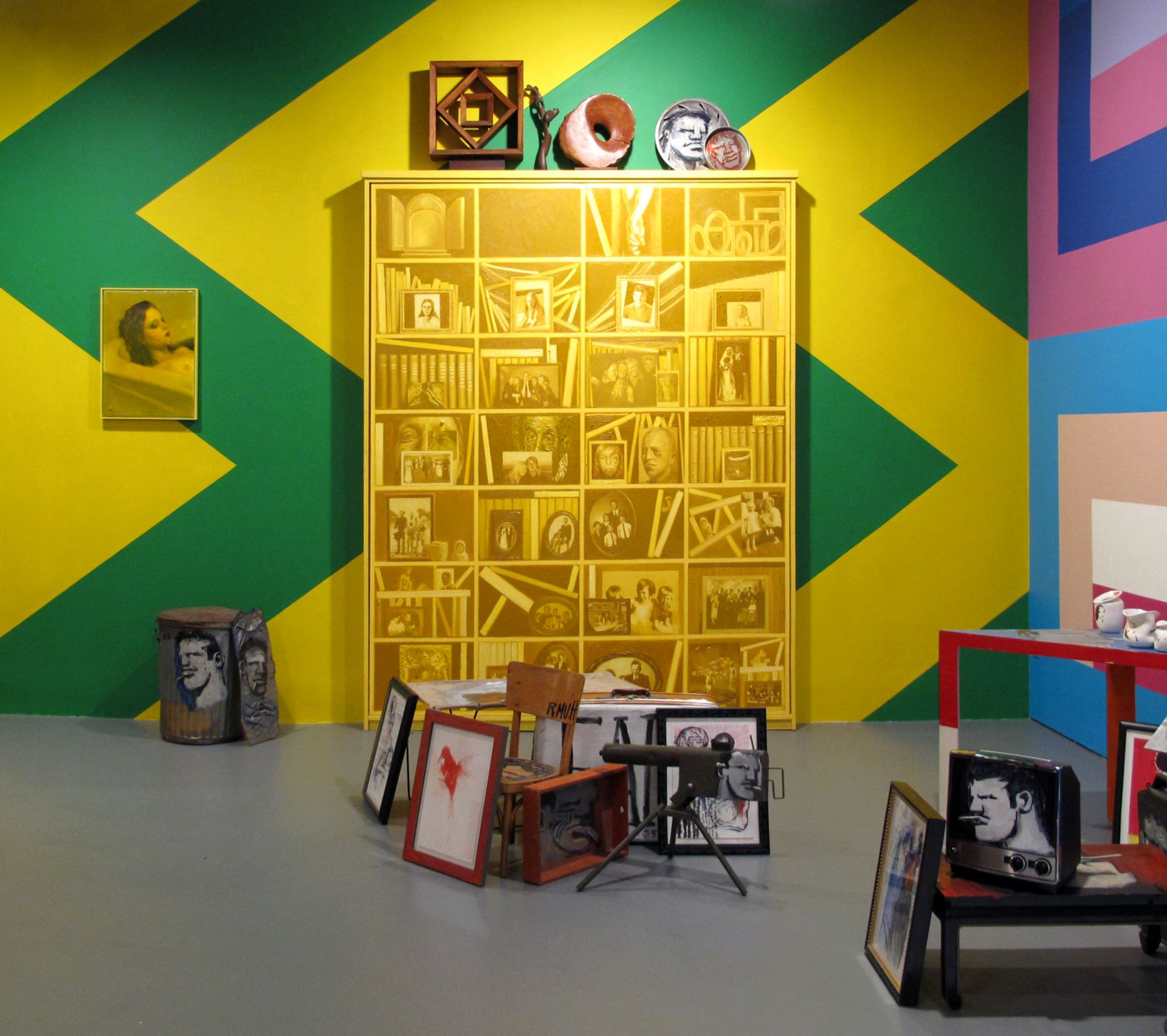 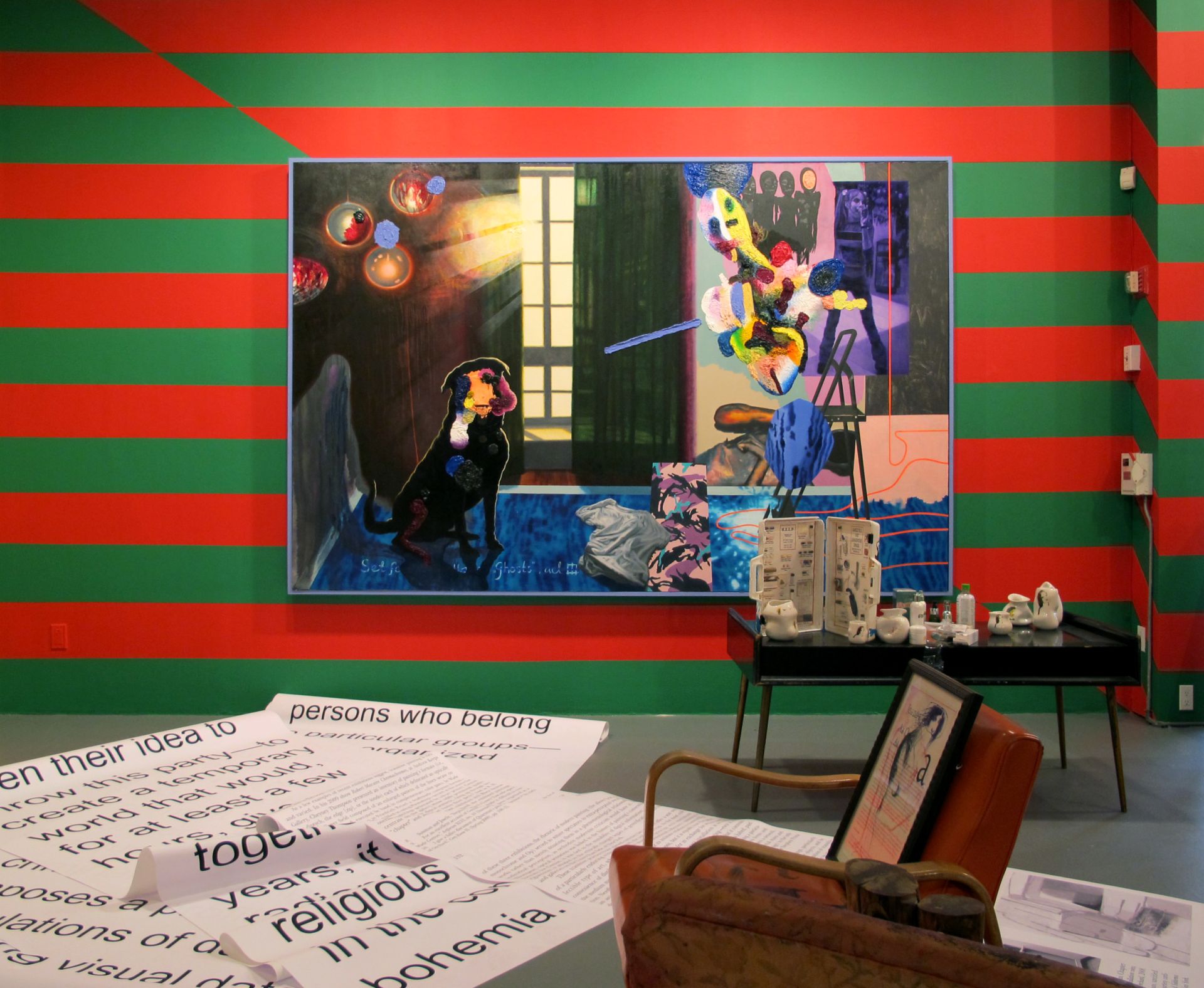 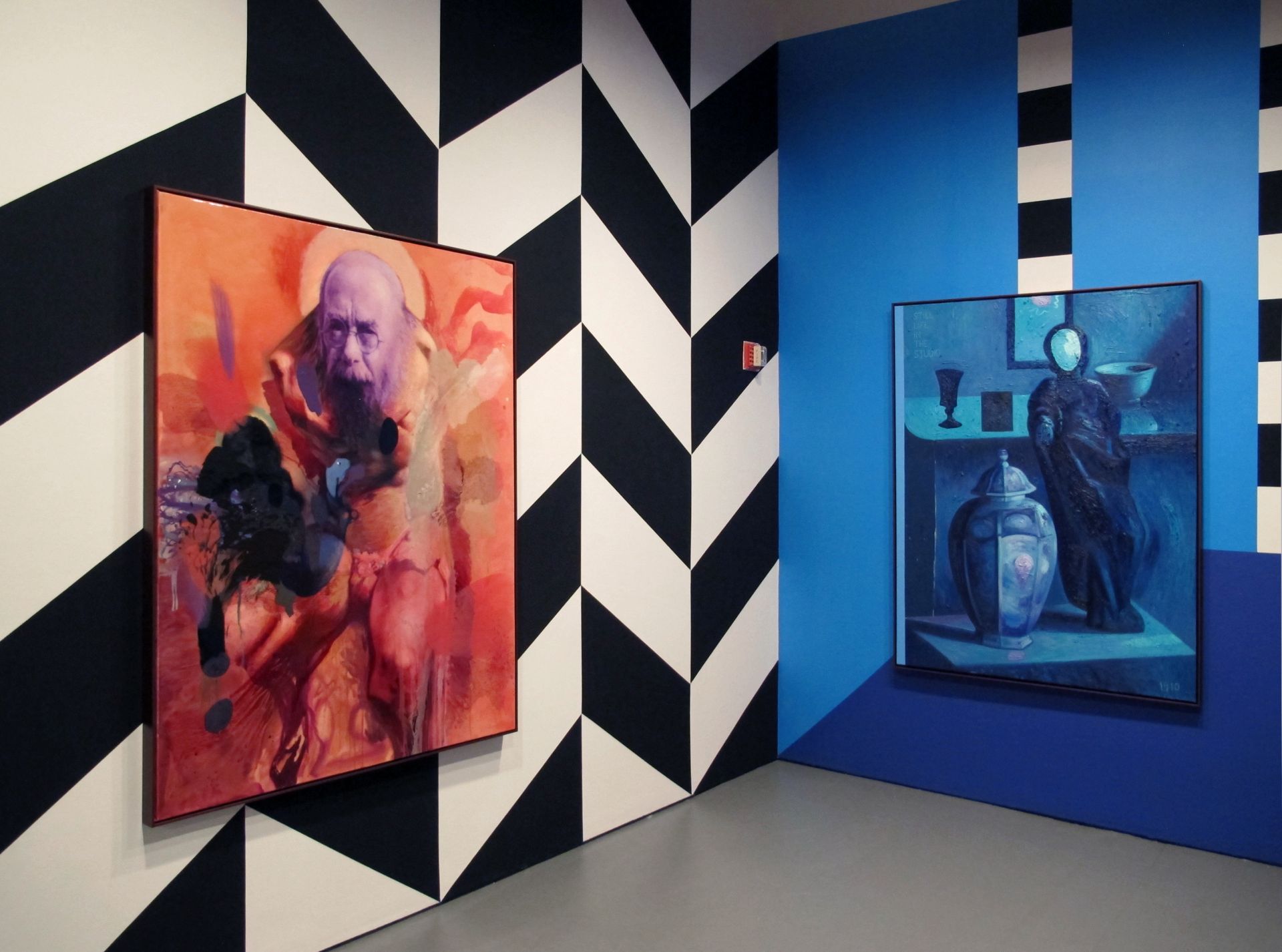 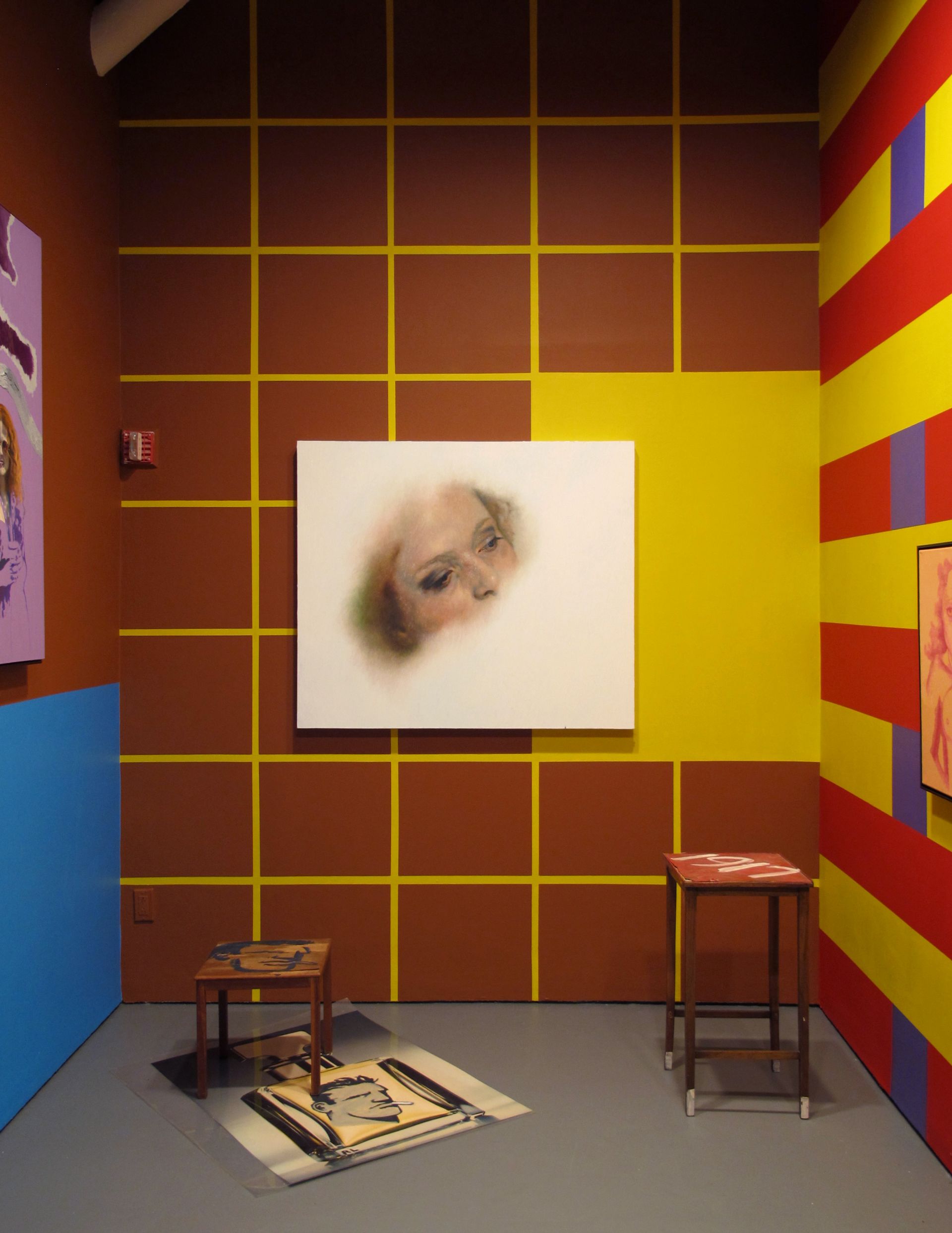 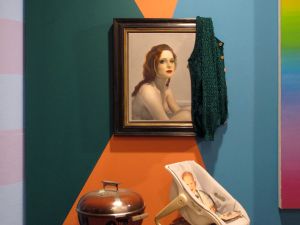 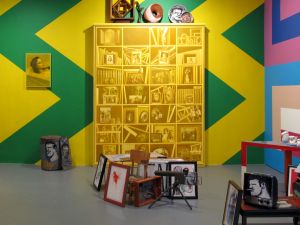 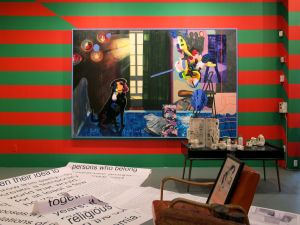 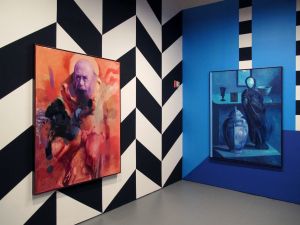 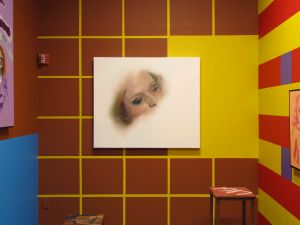 For his curation, or “project identification,” of his younger studio-mate’s show, Mr. Melgaard has painted the walls in bright pop geometries and installed a flea market’s worth of chairs, barbecue grills, pants, mounted elephant tusks, methuselahs of champagne, and other objects on which the late Robert Loughlin, a well-known New York furniture scout and late-blooming artist, painted a cigarette-dangling male profile borrowed from Tom of Finland, as well as a curtain of bottlecaps, a curtain of corks and ceramic ware made by Mr. Bjertnes’s mother, Randi Koren Bjertnes, and painted with Hanna Maria’s face. This visual excess expeditiously drowns out the edge of exploitative objectification in Mr. Bjertnes’s obsessively repetitive series of paintings of Hanna Maria taking a bath. The performance is not only an obstacle to intimacy: it’s also its vehicle. Squinting through the noise, you can see instead, in one purplish-sepia close-up with a tricolor smear across the sternum (all the paintings of her are titled Hanna Maria), the painter’s genuine love for his subject. The model’s love, meanwhile, you can see everywhere, but especially in one painting with a green sweater hanging from a corner of its frame. (Through April 20)