He said he’s lived in town for seven years, but he’s up against an incumbent whose family has roots in East Orange going back 150 years.

At Mayor Bob Bowser’s kickoff last night, the mayor dismissed Taylor as someone who’s been in the city for five minutes and now wants the top job.

“It ain’t where you’re from, it’s where you’re at,” said the mayoral candidate, an attorney with Florio and Perrucci who grew up in Long Branch and was captain of the Green Wave football team, an all-shore back.

“My wife is from East Orange, she went to the public schools, we chose to raise our family here,” said the mayoral candidate. “We own a home here. I’m a member of the East Orange Historical Society. I’m on the YMCA, the Chamber of Commerce.”

He and his wife also established a scholarship fund named in honor of the late U.S. Rep. Donald Payne (D-10).

Taylor also hears the charge that because he works for Florio and Perrucci and has the support of East Orange Democratic Leader Leroy Jones and the backing of Essex County Executive Joe DiVincenzo that he can’t possibly be independent.

“”I’m honored and privileged to have the support of the East Orange Democratic Committee and the Essex County Democratic Committee,” he said. “As an attorney, I conduct myself according to the highest ethical principles and I have no intent or desire for the city other than improvement for the lives of the residents.”

A formidable incumbent, Bowser has held office for 16 years.

Taylor cites questions about the city’s massive 240-plus police department as one of his specific target points. He said his conversations with sources in and around the PD are consistent with a Star-Ledger news article detailing a quota system at the department for the issuance of tickets.

He also said he thinks police response is overkill and describes after-dark life in East Orange as akin to residing in a cellblock.

“I’ll be happy,” the challenger said, “when the streets are bustling.”

He wants to focus on lowering the city’s unemployment rate, attracting redevelopment to East Orange and improving and updating youth services.

Jones, a former assemblyman and leader of the local party, said Bowser loves to talk about independence but was happy to have the line in 2009.

“It’s been well documented that we were together in that race,” Jones said.

The political leader described Taylor as an indefatigable people-person and workaholic who’s up at six every day and campaigning hard.

A graduate of Howard University Law School, Taylor said his father grew up in public housing in Long Branch. When he became a lawyer, he landed the contract for the Long Branch Housing Authority and felt almost as though he had come full circle.

“This campaign is going to be about the issues,” Taylor said. “It’s not personal.” 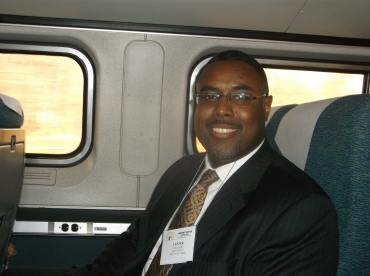