Republican sources on the combined legislative and executive campaign fronts describe a two-fold general election strategy in which early domination of his opponent by Gov. Chris Christie would enable him to pinpoint key legislative contests down the stretch as a bonus to his own statewide endgame.

Parsing how that plays out exactly remains a critical question for the GOP, as legislative expectations may be more high-spirited than pragmatic operational executive politics.

Regardless of what the Christie campaign ultimately does, from district to district, GOP challengers in legislative contests will compete as much with Democratic incumbents as they will be with one another – for the governor’s autumn affections, sources say.

One small but head turning Christie endorsement after the other – including Democratic Party mayors and union locals – and potentially larger endorsements from more Building Trades, ideally will have the cumulative effect of choking off Buono’s ability to gain political and financial traction, a source said.

The Christie’s shock and awe strategy demands that the governor in the pre-fall days of the contest spend the lion’s share of his fundraising on himself – not legislative races.

Polls show Buono now trailing Christie by as many as 40 points, while she lags behind Christie in the race for money: roughly a million to $3.5 million at present. Christie wants a formidable $6 million by the end of the primary.

If the Republican governor can keep the Democratic challenger in a weakened financial condition and struggling to post decent poll numbers by the fall, he will be able to more comfortably focus his financial attention on legislative races in the closing days of the 2013 general election, sources close to legislative leadership say – wishful thinking to the most hardened Republican veterans, who insist the governor does not crave that outcome.

For their part, Democrats fervently dispute the notion that Buono’s polling won’t significantly improve in a blue state where Democrats outnumber registered Republicans by at least a 700,000 margin. Dem sources anticipate the race tightening to the point where the senate minority office will be left on its own in the critical closing hours, heartbroken and abandoned by an egotistical rock star in self-preservation mode.

A Buono ally was energized by the appearance of the candidate yesterday with Essex County Democrats, who did not appear sullen as a consequence of Christie friend DiVincenzo’s absence or the absence of DiVincenzo acolyte, state Sen. M. Teresa Tuiz (D-29).

One Republican source, speaking on condition of anonymity, said he/she too believes the polls will narrow sufficiently to keep Christie burrowed into self-protection mode, which is ideal for the governor, in any event, the source said.

“He will spend every last penny on himself,” the source said. “Unless he has an agreement with these guys individually who are running for legislative office, which I haven’t heard about, he won’t fool around. He wants to win. He won’t jeopardize that. It’s better for him, running for president as he is, to front bipartisanship.”

Senate Minority Leader Tom Kean, Jr. (R-21) – son of the Republican governor by the same name who used the same strategy of strong alliance building with Democrats as his protege Christie – sees strong opportunities in LD 1, 2, 3 and 38 – and maybe 14 – pickups that would get him within striking distance of a majority, in conjunction with the governor’s always solid cross-the aisle relations with Sen. Brian P. Stack (D-33), state Sen. Sandra Cunningham (D-31), and Ruiz.

Other districts, including 18, present head fake potential, at the very least.

Murray looks at three of those battlegrounds: the first three.

“These are not just any old legislators,” the political scientist said.”These are George Norcross’s nearest and dearest. What if you go after them and you don’t knock them out? If you can’t defeat Norcross, you don’t want to back him into a corner. My sense is the governor won’t play there. There may even come a point where he tells Tom Kean, Jr. to dial it back. We may see Kean reined in.

“Control of the legislature is much further down the list of priorities for this governor,” Murray added. “Priority number one is to win, better with the legislature he has now.”

But right now, the upper chamber GOP is very confident of being able to employ what Team Kean refers to as a phalanx-like strategy of building strong legislative district points statewide to unbalance Democratic leadership and win Christie’s attention.

While the Christie campaign proceeds down a path of organizational domination, heavy on peeling away and neutralizing Democrats, Kean indeed appears to be paying no heed to Christie’s past good relations with the South Jersey Democratic Organization, including Senate President Steve Sweeney (D-3).

Eager to seize on the momentum of Christie’s popularity, Kean looks committed to a majority or bust strategy in an attempt to dismantle the Dems’ 24-16 majority.

Confident of the governor’s willingness to lend his efforts to a full-blown war on any front, a Senate minority office source told PolitickerNJ.com that the GOP must do its best – with minimal resources – to get candidates in battleground races into field goal position by October.

There are some Republicans in high-level political positions who see Inverso – a proven winner in the past – as conceivably the most exciting Republican challenger.

Regardless of the financial demand Inverso will put on him and regardless of what the governor does in the end, Kean wants him in the race, a source told PolitickerNJ.com.

Kean trusts in the party’s ability to fundraise to give him ample resources in all competitive districts.

At a recent strategy meeting, Kean told advisors he is confident of being able to raise the money to compete, and he continues to underscore that point to PolitickerNJ.com at appearances around the state.

LD 18 state Senate candidate Dave Stahl, for example, could expect to have all the resources he needs, according to Kean.

“Every district is a targeted district,” said the Senate minority leader.

If their strategy holds, Christie will assess late and will align more visibly and aggressively with the dominant competitors in those key districts.

“He will do fundraisers here and there but the Christie Campaign won’t dedicate any significant resources to anyone until they’re sure the challengers have a chance to win,” a GOP source told PolitickerNJ.com, adding, “They never under any circumstances will let the governor’s brand be associated with a loser.” 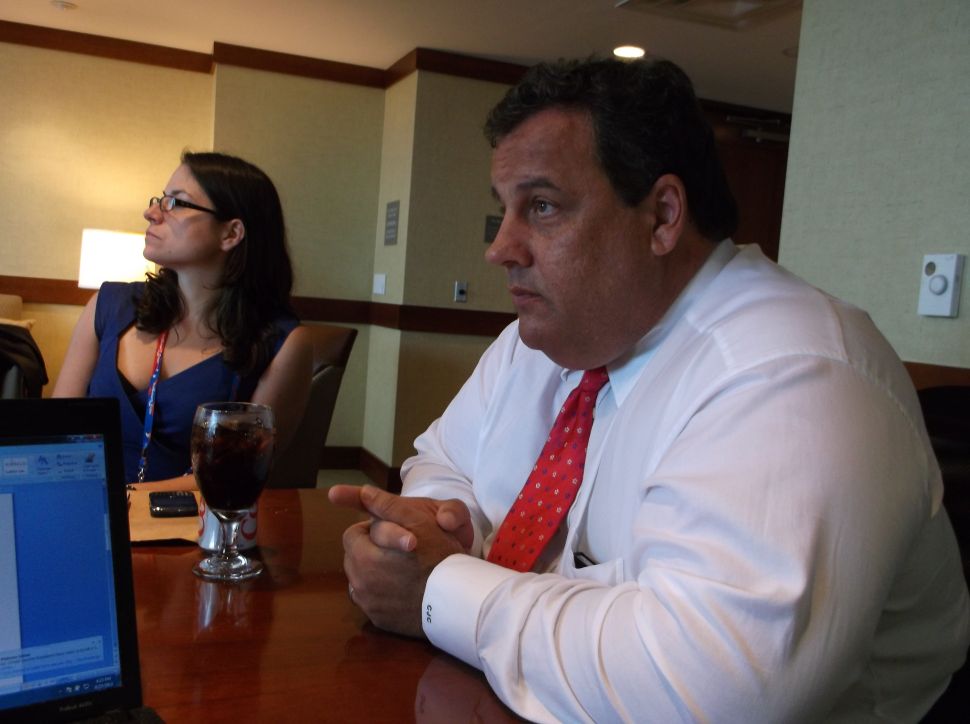