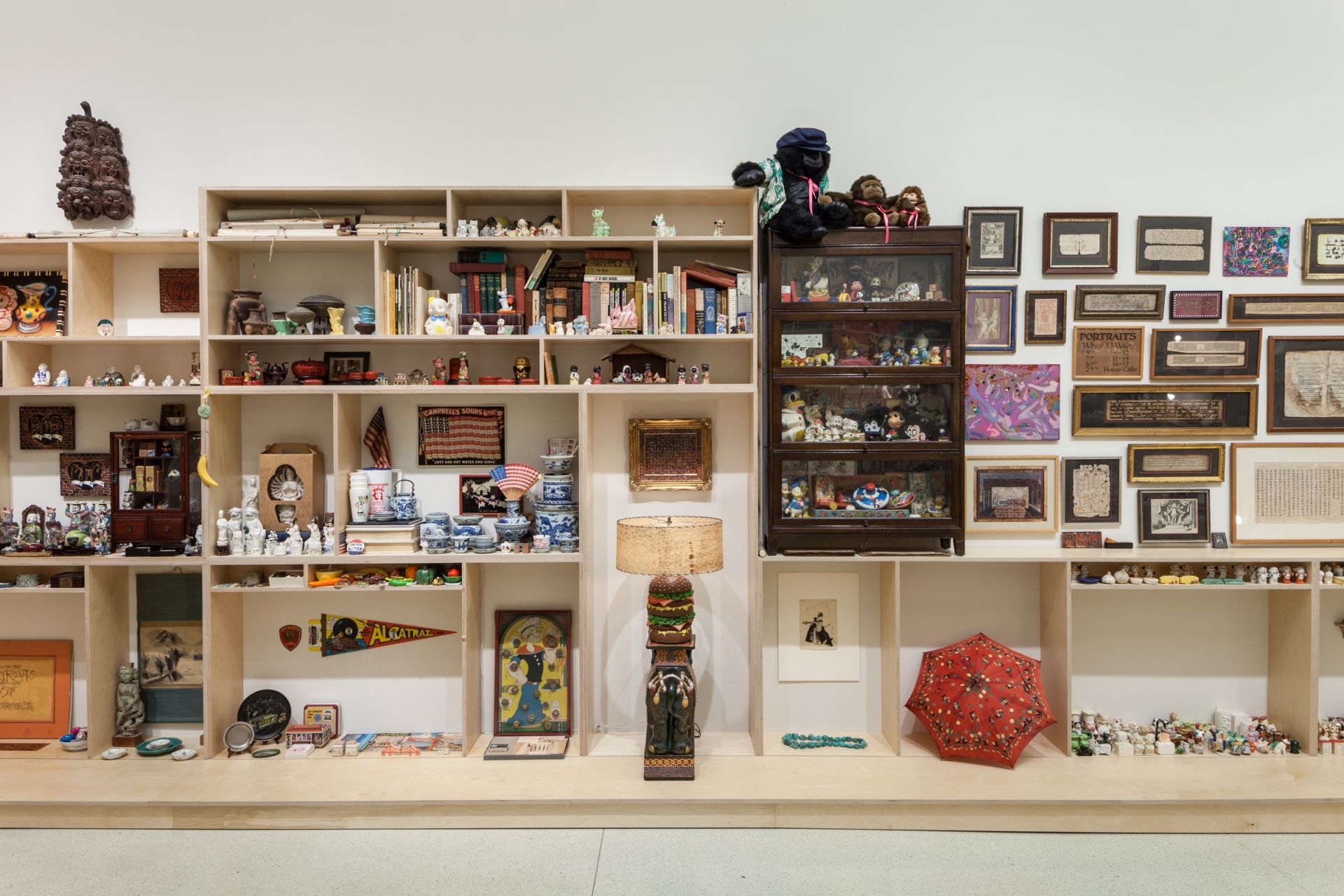 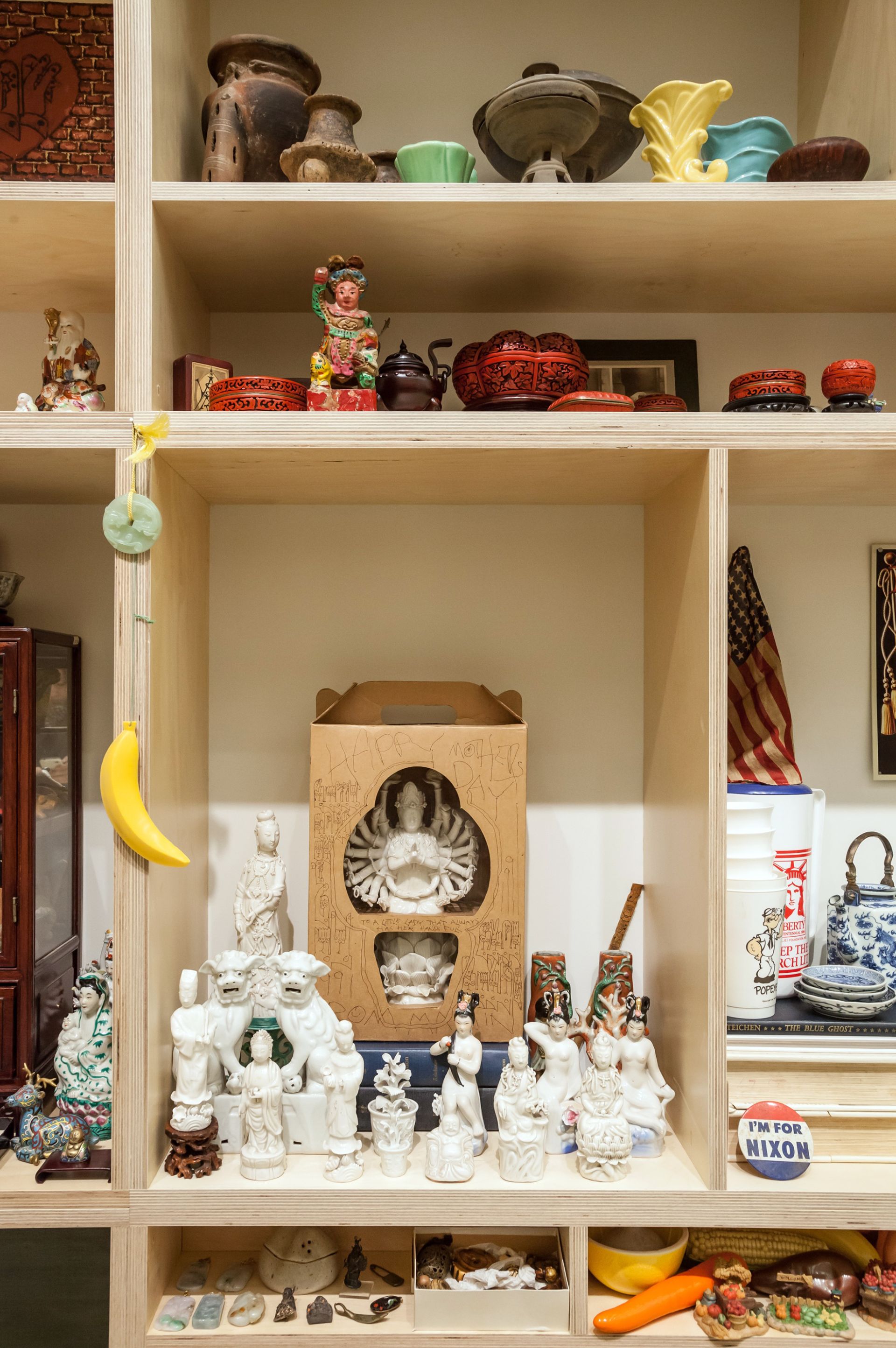 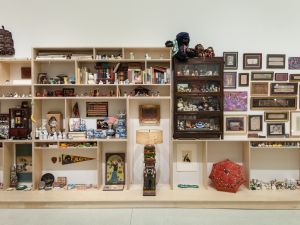 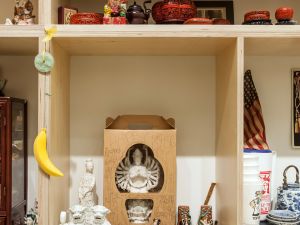 It could very well be that artists make better collectors than their full-time counterparts. Less constrained by conventional notions of taste (and, presumably, investment) than the pros, they tend to make more idiosyncratic selections. Take Andy Warhol and his famously prodigious holdings of cookie jars. Martin Wong, who made paintings of life on the rough Lower East Side of the 1980s and ’90s and died of AIDS in 1999 at the age of 53, was especially adventurous in his acquisitions, assembling thousands of cheap tchotchkes and bric-a-brac with the help of his mother, Florence Wong Fie.

More than 3,000 of these items are now on view in a gallery of the Guggenheim Museum, but the name inscribed in tall letters outside the exhibition is not Wong’s but that of the Vietnamese-born Danish artist Danh Vo, who assumes another role that contemporary artists have excelled at lately: curator. The show, a curation of Wong’s collection as artwork, is a result of Mr. Vo winning the museum’s 2012 Hugo Boss Prize.

There are scores of little ceramic figures: cats, cows, pigs, ducks, Popeyes, that are adorable and silly, but also some more awkward items, like cartoonish depictions of black people dressed as chefs, maids and servants, plus some munching watermelon. All of them usually live at Ms. Wong Fie’s home in San Francisco.

Mr. Vo, who worked on the exhibition with one of the museum’s associate curators, Katherine Brinson, has grouped them loosely by type—ceramic cheeseburgers on one shelf, American-flag imagery on another. Items painted with a black-and-white checkerboard pattern have their own cubby. Paintings by Wong, many with his trademark motif of a brick wall, are scattered throughout, as are dice and images of dice. A few glasses are filled with well-worn paintbrushes.

Seeing Wong’s effects so arranged is somewhat overwhelming, and a bit eerie, but also exhilarating. I felt like I knew Wong a bit better after spending some time with his obsessions. They form a portrait, however partial, of his life. (Part of the show’s title—‘I M U U R 2’—is a phrase that Wong wrote or stamped onto many of his works.)

But the deeper question the show asks is why anyone collects. It’s often for pleasure—the desire to be surrounded by beautiful things—but it is also a way of ordering life, of making sense of one’s surroundings. This might explain the plainly racist pieces that Wong, a U.S.-born son of Chinese-Americans, acquired with such a careful, anthropological eye.

Wong spent the last five years of his life living in his parents’ home in San Francisco. As he fought AIDS, he was surrounded by the thousands of objects he’d amassed, which had themselves passed through thousands of other hands before they reached him. They formed one constellation of meaning for Wong, and here Mr. Vo—who collects Wong’s work—has given them new life as a memorial that makes a strong case for a major Wong retrospective.

Mr. Vo has also produced a sculpture that sits unlabeled just outside the room of curiosities. It consists of two battered cardboard boxes that he found at Ms. Wong Fie’s home, on which he has stenciled in gold letters the markings for a container of Smirnoff. The box reads as a gentle reminder that soon all of these objects will be carted away, their meanings reconfigured yet again.