Aaron Isaacson is a strange man. It’s not just the bizarre waxed moustache, which juts out from above his lip like a kind of spice-sniffing antenna, nor the oversized bald head on which it is the most prominent feature. Even more odd is his ardor for spices, about which he rhapsodizes, with a kind of fanatical abandon, to everyone he meets.

His Madagascar vanilla, which is grown specifically for him (“I INSIST on no less than 90,000 seeds per pod”), goes for $200 per half-kilo (about 1.1 pounds). His Iranian saffron powder (“not the stamens, the powder!”) is literally carried down from a mountaintop by sherpas, and is sold by him for $400 an ounce. The prices are, by any standard, steep: a typical high-end bulk vanilla bean might sell for $80 per pound, a good saffron powder $130 an ounce. Mr. Recipe, to some extent, has created a luxury market for the world’s best spices, but no one could accuse him of being a canny marketer. His passion for spices is too unfeigned, too evangelical; he sometimes comes across as scary, like a hard-money crank dilating on the Federal Reserve. When speaking on the subject, his eyes open wide and the great egg-like dome of his head begins to color, especially when he feels that spices are being insufficiently appreciated.

“People don’t understand spice,” he said. “It’s too complicated for their minds.” Even his friends admit he can be a little unnerving. By his own reckoning, he sells
87 different kinds of chilies alone, “dried, kibbled and powdered”; he once spent 11 years only selling vanilla. Mr. Isaacson frequently gives lectures and demonstrations about spices on cruise ships and at events, and has become something of a status symbol among Upper East Side society women, who occasionally bring him into their kitchens for a spice lesson.

Despite his best efforts at broader fame, his television appearances thus far have been limited to a single History Channel documentary called The Epic History of Everyday Things, which he hopes will be picked up as a series, with himself as one of the talking heads—a position for which he is singularly qualified. He is also exploring the possibility of having his own Internet TV show or even channel, which would be called, not unexpectedly, “Mr. Recipe TV.”

The concept is not as far-fetched as it may sound; his reputation as a private chef-tutor is growing. Paola Bottero, the owner of Paola’s restaurant on the Upper East Side, has introduced him to many of her customers, deep-pocketed gastrocrats more than willing to pay the high costs of buying spice from Mr. Recipe—who then will come to their homes to instruct them in its use. “It’s something I throw in because I want them to understand,” he said. “They don’t use the right amount. Either too much or too little.” Mr. Recipe’s own kitchen in his Upper West Side apartment is home to 400 or more spices and blends at any given time.

“Recipe is extremely knowledgeable and passionate about what he does, and he shares that with my customers,” Ms. Bottero said. “When he comes to sell, he stays to eat and makes friends with them, offering them samples and sharing tales of his latest trip. They just can’t get enough of him.” 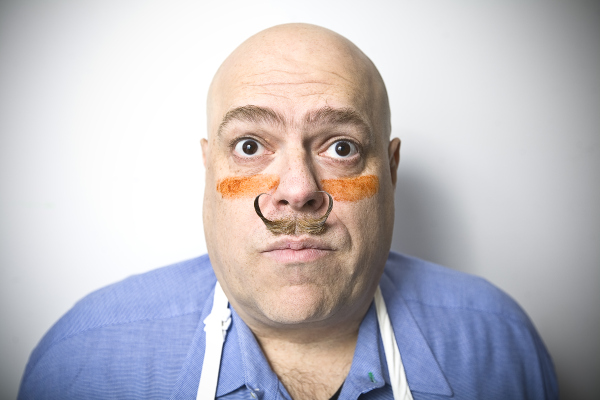