The senator was at the Middlesex County Fire Academy, speaking to union members who formally endorsed her last month.

“We will work for you, senator,” promised Dominick Marino, president of the International Association of Fire Fighters State Association.

“If she’s having a rally, we’ll be there,” Marino told PolitickerNJ.com moments later. “If she needs guys going door to door, passing out leaflets, she’ll have them. This sitting governor? He’s been in office four years and I’ve never met him once. There’s no indication from Chris Christie that he’s for fire fighters. We believe Senator Buono believes in collective bargaining. The governor doesn’t.”

Marino’s public worker zeal hasn’t translated into any number of polls that show Buono limping behind the popular incumbent.

“I haven’t even begun campaigning,” Buono insisted. “I’m doing grassroots events and I am getting a very positive response.”

Less hearty at times is the reception from political insiders in the Democratic Party.

A source told PolitickerNJ.com that Buono’s appearance at the West Orange St. Patrick’s Day Parade lacked local symbolic power when the gubernatorial candidate showed up and was prevented from marching with ex-Gov. (and state Senator) Dick Codey (D-27).

Codey classically walks alone at the Irish American event, a tradition event organizers – according to a Codey source – wanted to honor.

According to Codey, Buono asked to walk with him, but event organizers said they have not taken a position in the gubernatorial contest and preferred to have Buono remain with the other elected officials.

Buono said she is undeterred.

“As soon as people see me, they react positively,” she said.

“The governor has been such an abject failure in our cities that I don’t blame him for going to his comfort zone of division in order to avoid the real issues,” Buono told PolitickerNJ.com.

What about East Brunswick Mayor Dave Stahl’s party affiliation switch from Democrat to Republican in her own district to run for the Senate seat she is vacating in order to run for governor?

“It’s puzzling that Dave Stahl would endorse this governor, as there have been double digit increases in East Brunswick property taxes since Gov. Christie has been in office,” Buono said as she exited the fire academy with staff on her way to her next scheduled event. 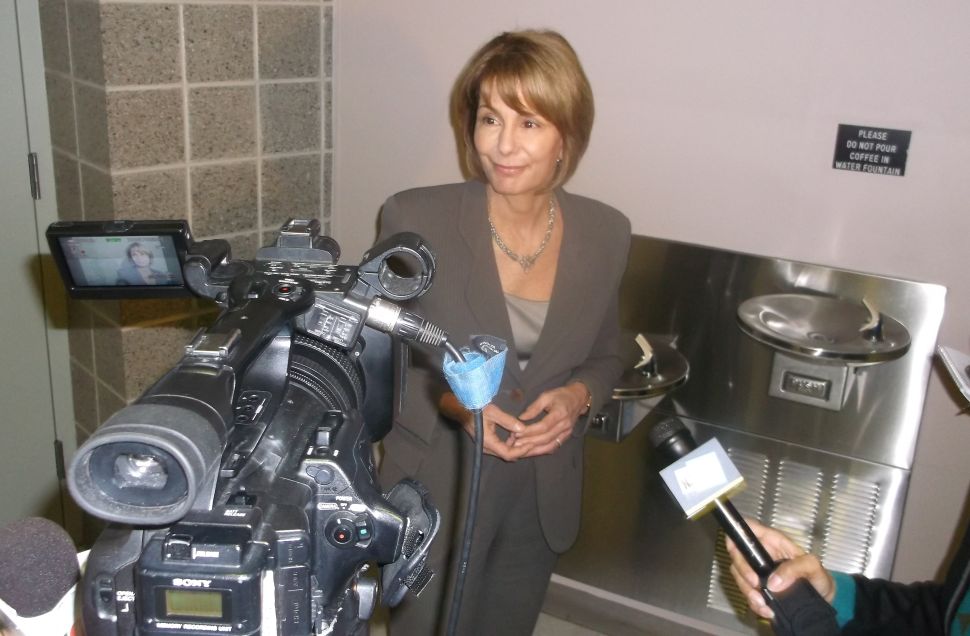