The insider’s voice came finally through the phone line bearing the grind of years and gravitas, and a precision of language that arrives to those who prize book learning as much as what they derive from the streets.

“Don’t use my name,” he told PolitickerNJ.com.

Two weeks ago, a contact who has long known the insider recommended that PNJ call him to discuss the gubernatorial election and the potential for the popular Gov. Chris Christie’s coattails to lift Republican challengers in key legislative races. The contact said he felt tremors in the Democratic caucuses among those with enough institutional knowledge to remember the 1991 elections, when Republicans regained control of both houses of the legislature for the first time in 20 years.

The contact said the insider would be able to assess any useful parallels between then and now and could be counted on to supply a straightforward determination about whether Democrats in battleground districts should feel imperiled with Republican Gov. Chris Christie riding what is today a 36-point lead over Democratic challenger state Sen. Barbara Buono (D-18).

The insider called back, on condition of anonymity.

Considering the legislative map, he said Democratic state Senators Jeff Van Drew, Jim Whelan and Steve Sweeney should legitimately feel some angst this year – Sweeney less than the other two, yet all three to some degree; but that doesn’t mean a coming tsunami or even that those incumbents should expect to lose.

“1991 was a unique situation,” said the insider, describing a confluence of factors – including a tax hike, the intensification of political talk radio, the tabloid takeover of the Trentonian newspaper and a gubernatorial election – all conspiring to do considerable down ballot-damage.

“This was an incumbent Democratic governor (Jim Florio) and the public was punishing members of the Legislature who had voted for his agenda – again, in an environment made that much more intense by Hands Across America and talk radio,” the insider said. “This year, there is not anger out there for the Legislature the way there was then – anger tied to the perception of a gubernatorial agenda.

Regarding the gubernatorial contest itself, Buono is not inevitable roadkill, the insider insisted; and in fact, he says he sees weaknesses in Christie that the challenger can exploit to turn the election into a much closer contest than most now envision possible.

“It’s still too early,” the insider said. “The last two months of this campaign are important; the last month is important. Barbara Buono to this point has the benefit of no PR, no visibility. Until she gets visibility, the gap is going to be there. Buono has to pick some key issues – the issues people care about. I think the fact that she’s a woman is a good thing in this election. She’s got to define herself on women’s issues.”

The insider acknowledged that Christie is a political animal with strong instincts, but he does not respect him the way he respected Gov. Tom Kean and the late U.S. Rep. Bob Franks, whom he identified as superior political tacticians who were tough but also knew how to build consensus as gentlemen.

“The governor has Mike DuHaime and Bill Palatucci, who are very smart,” the insider said. “He understood that C-PAC is not a credential he needs in New Jersey right now. He did Medicaid because it plays well and he needed the money. Good for him. But he’s his own worst enemy politically. Why was he going after Lisa Jackson after Lisa Jackson already left the EPA? If he says he’s going to take the bat out on Barbara Buono, Christie could be in trouble – and he could do it. That’s who he is.

“I see the polls,” the insider added. “I hear the comparisons to 1985 and 1991. But I think this election is much closer than people think. Van Drew, Whelan and Sweeney can’t run away from Buono, because they will need Democratic votes to win. 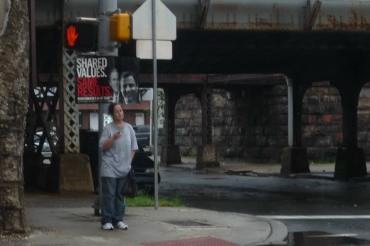