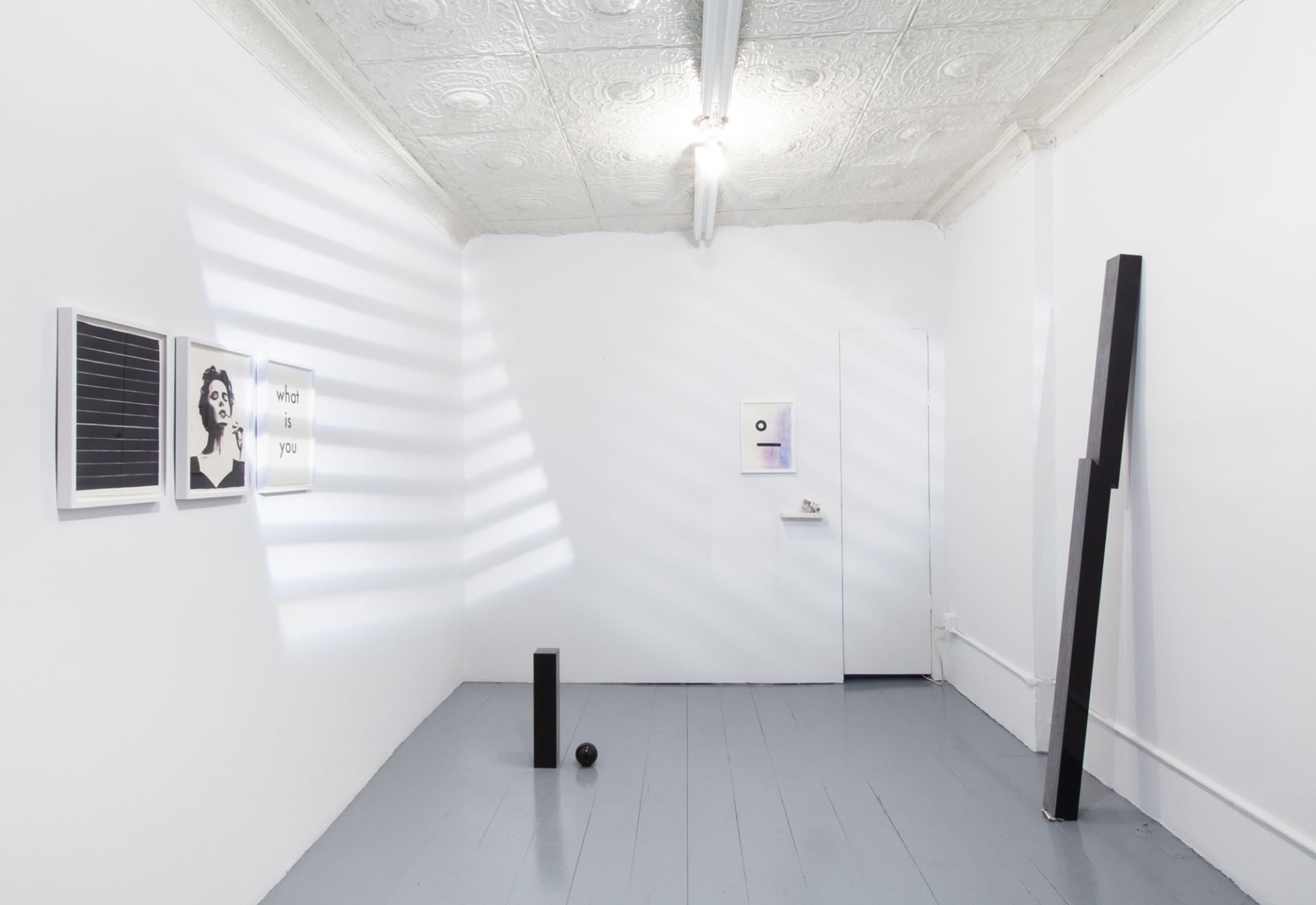 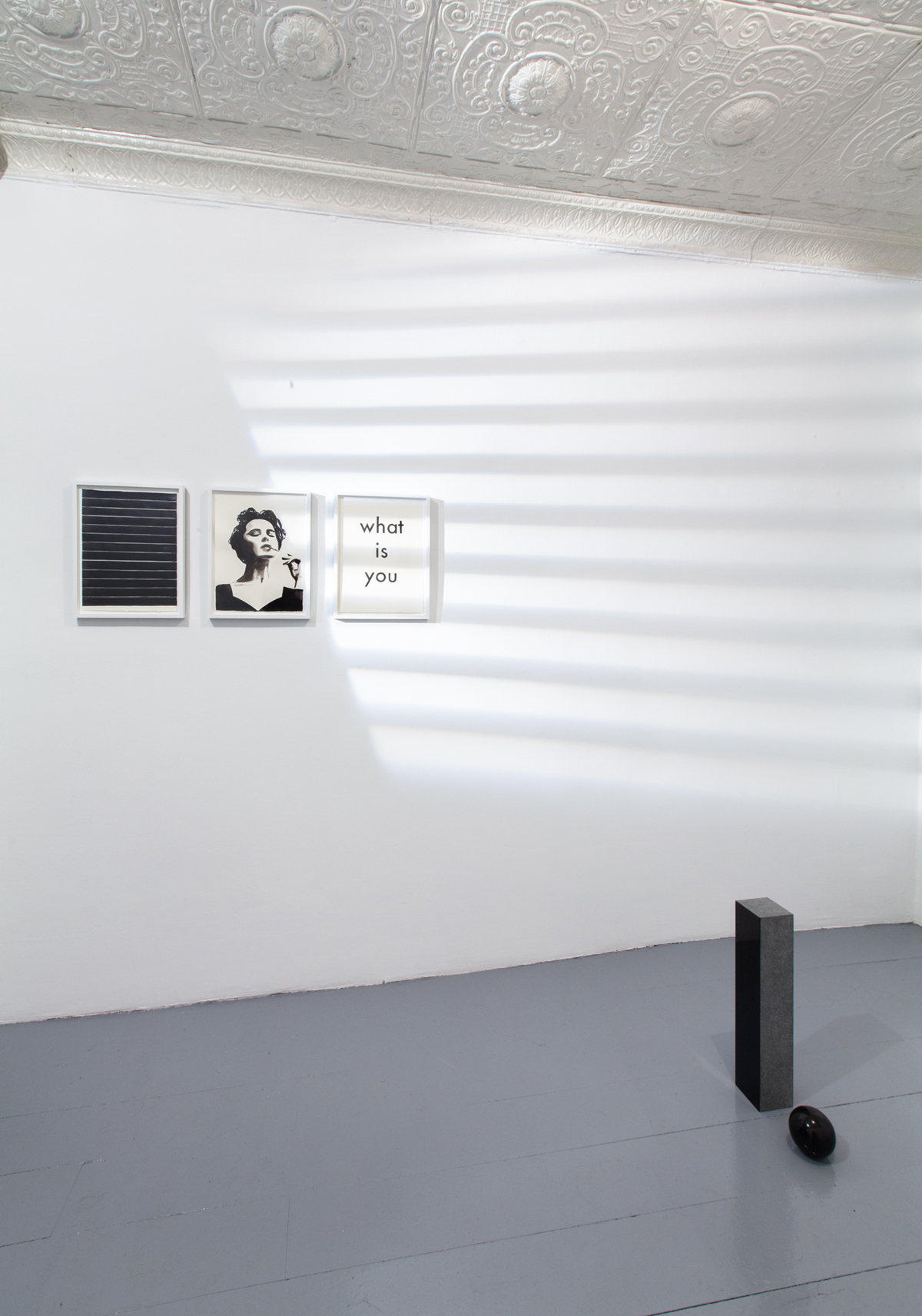 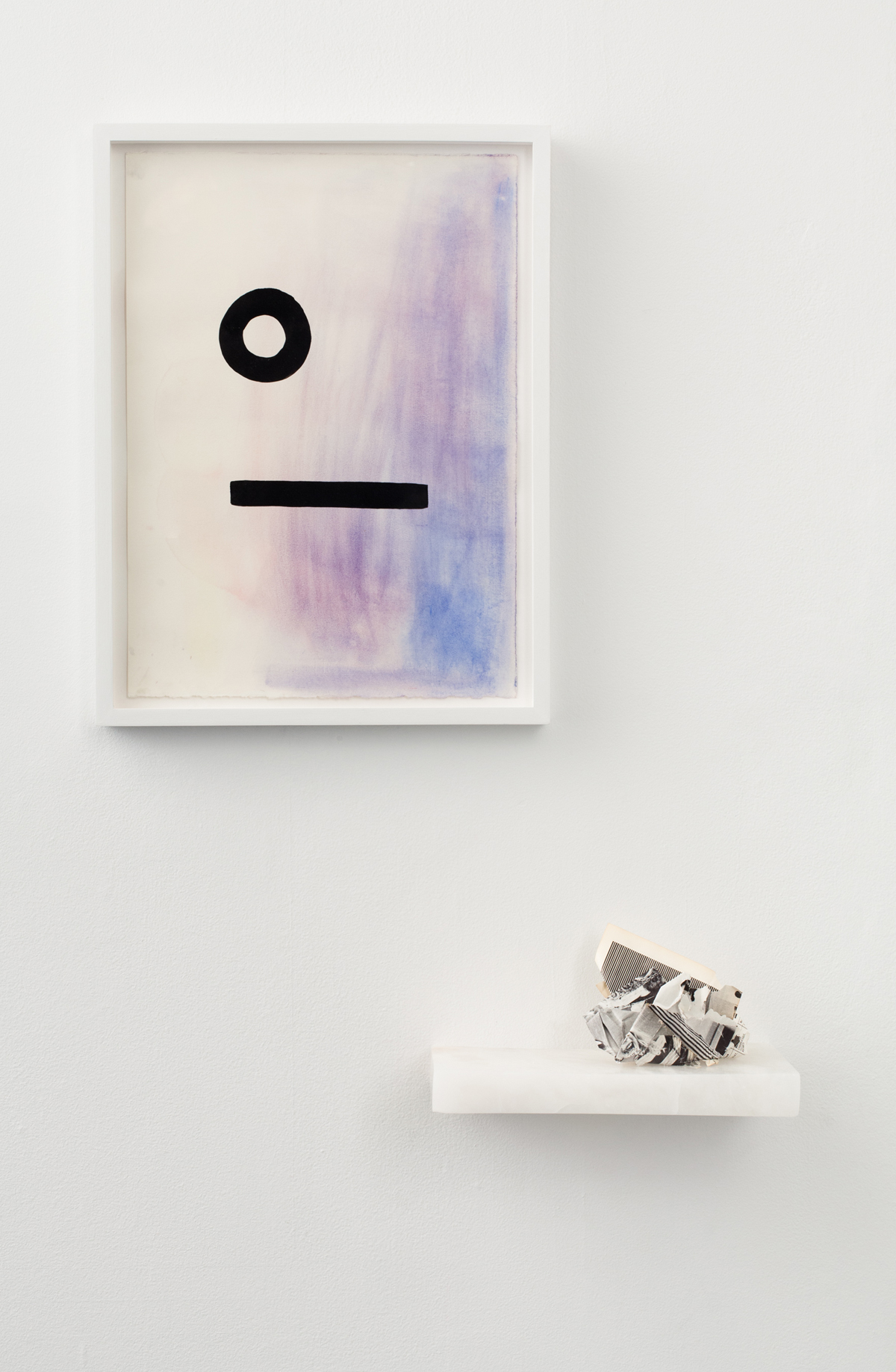 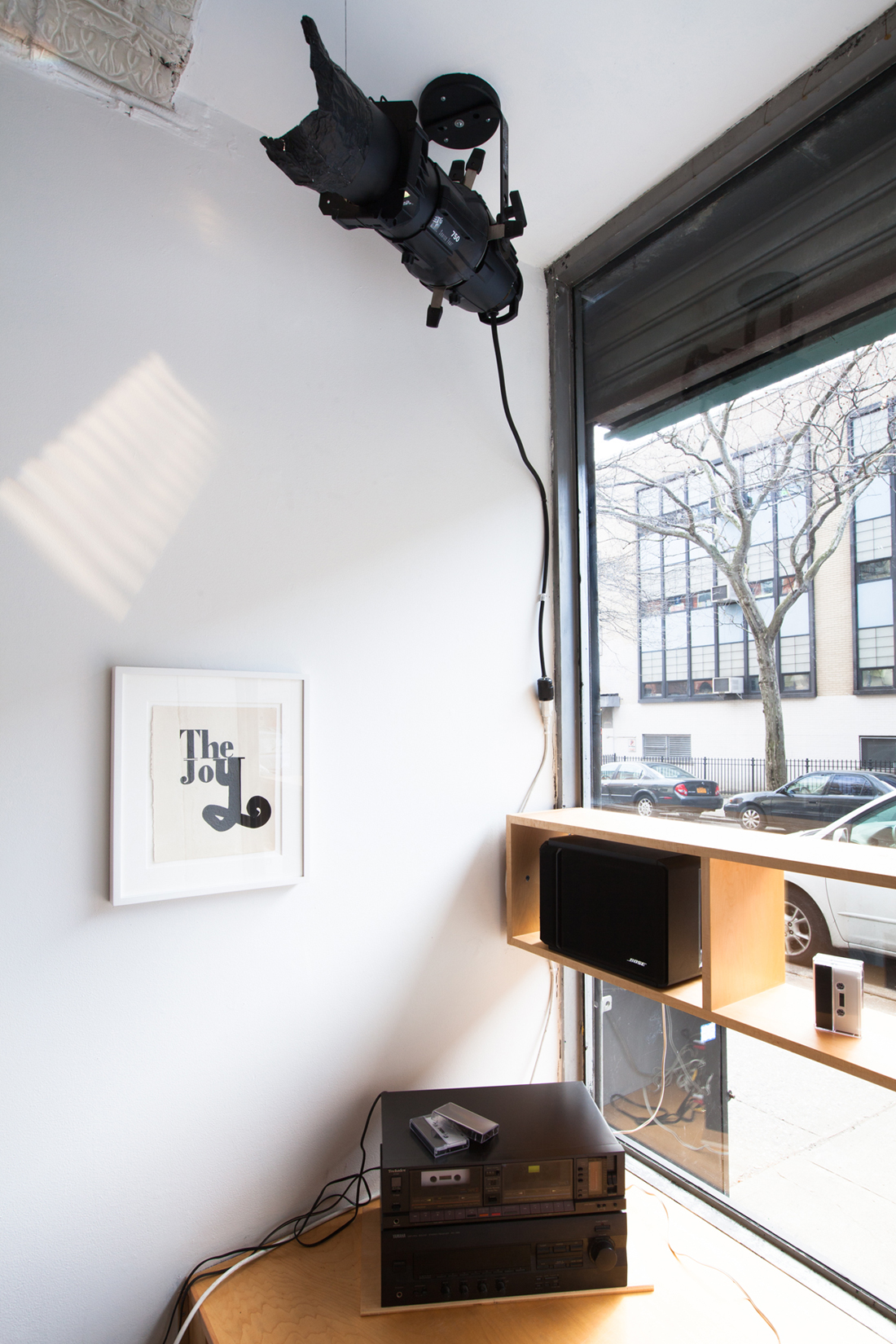 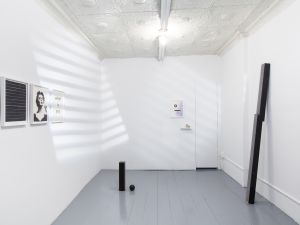 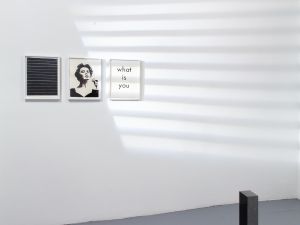 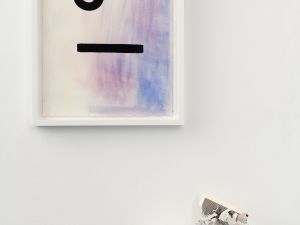 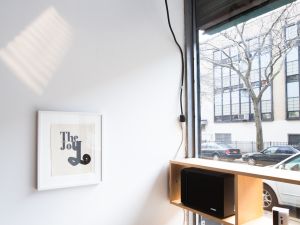 Before the English playwright Sarah Kane committed suicide in 1999, she wrote a short play about the terrors of isolation and depression called 4.48 Psychosis. Dublin-born, London-based artist Vivienne Griffin fed the text—with some altered punctuation—into a sophisticated voice simulator and recorded the result onto an unlabeled audio tape, black on one side and white on the other, as SK. Hearing a computer announce that “Body and soul can never be married” is funny when you first walk in. But as the voice continues through its catalog of self-hatred, desperation and longing for death, the effect reverses itself into a grimly insightful revelation. The mind may be simply an impersonal system subject to mechanical failures, or the contingent effect of overlapping but unrelated causes, but recognizing it as such provides no consolation or escape.

Because while we may not really be self-aware, we continue to think that we are. Just look at the 11 horizontal stripes of white light, tilted over to one side and projected into the corner, of The dream that ate the dream. A second set of stripes, reflected by a prism, swing slowly back and forth, crossing onto the first set to make shadow patterns of exponential complexity—but however complex the patterns may get, they always remain translucent.

These stripes are mirrored again in an untitled India ink drawing, one of several in which Ms. Griffin uses oracular fragments of text, smiley faces or portraits of iconic women—in this case, a young Isabella Rossellini with a cigarette hanging from her lip like a sans-serif letter I—to get beneath the rigid masks of human identity to its strange and murky half-depths.

Polished and glossy on front and back, unfinished and rough on the sides, i is a square tower of black marble that is only 20 inches high but nevertheless dominates the room. Beside it, like a planet knocked down from its tower of turtles to serve as an instrument of the sad and self-destructive attempt to foreclose future change—in other words, as a full stop—is a small black marble sphere. (Through April 7)