Mayor Felix Roque was the one who locally perfected the art of mobilizing concerned citizens crating boxes up the steps of city hall, but today, Roque’s rival is the one leading the charge into the office of that ever inscrutable West New York presence: Clerk Carmella Ricci.

“Instead of kissing the ass of her political boss, Angelica Jimenez should be helping the community,” Roque said.

Assemblywoman Jimenez wants Roque’s sign ordinance on the ballot, but she also believes Roque should be off the ballot – as in, removed from office.

“He should resign,” Jimenez told PolitickerNJ.com, as she made her way to City Hall with an estimated 500 petition signatures calling for Roque’s controversial ordinance cracking down on signs to go before the voters.

“He’s the only mayor under indictment who hasn’t been asked to step down by Gov. Christie,” Jimenez added. “He has not been asked to step down and it’s costing us money. I grew up in this town and the morale has never been worse. They voted for him – he didn’t win by much – but every single day since the people have felt increasingly morally let down.”

“They could bring 1,000 signatures,” Roque said. “It doesn’t phase me, because they do not represent the community. This is all her political boss. Her political boss is not happy because I hired (attorney and Sacco antagonist) Mario Blanch.

“These clowns are coming in here to pillage the town, and whenever her political boss says something she jumps to attention,” the mayor added. “That’s not me. I’m my own man. I did not see her in those town meetings in which we discussed the sign ordinance.”

She was probably at a Sacco fundraiser, the mayor speculated.

But Jimenez said she couldn’t get into the meeting.

“We were not allowed to go into town hall where they were holding the meeting because the space was too small,” the assemblywoman said. “We’re not happy about this. We already have sign ordinances in town.”

In response to Jimenez calling for his ouster, Roque said, “I thought this was a democracy not Cuba. You are innocent until proved guilty. I’m glad I’m American. She thinks I should be shot first and tried afterwards.”

Philip Swibinski, spokesman for Senator Sacco, added, “It is demeaning to suggest that Assemblywoman Jimenez is anything less than her own person or is following anyone’s orders and Mayor Roque should be ashamed of himself for making an implication like that. She is the Chair of the West New York Democratic Committee and a member of the State Assembly and has every right to organize against this ridiculous ordinance that would put local small businesses at a competitive disadvantage all because of Mayor Roque’s vendetta against a political opponent. While Senator Sacco is not involved in the petition drive he applauds it and thinks West New York is lucky to have a strong new leader like Angelica.” 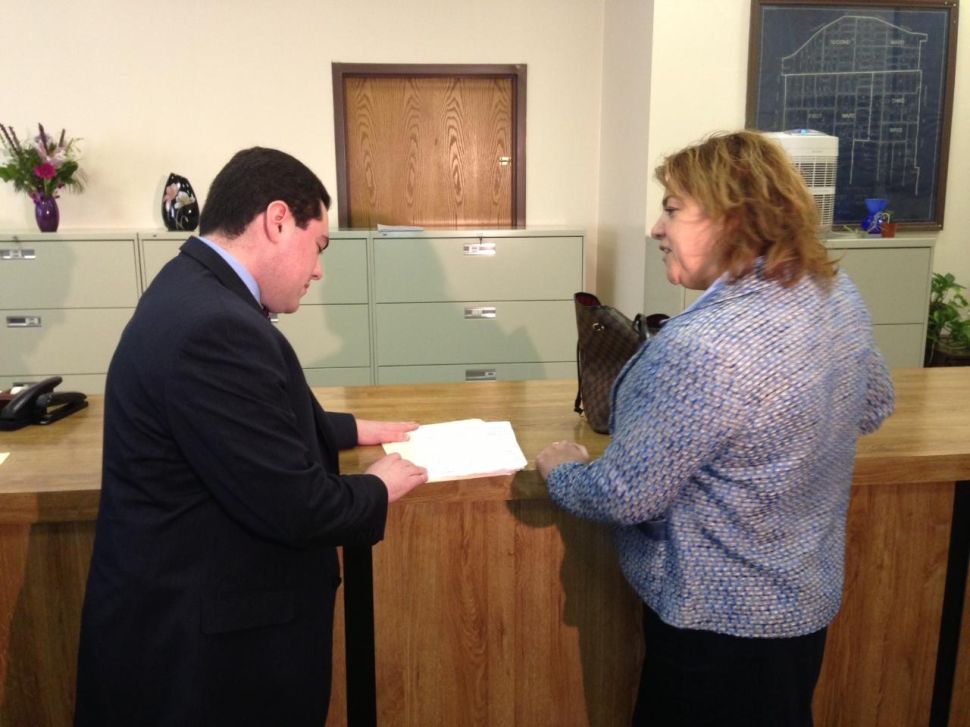