The head of the New Jersey State Police Benevolent Association (PBA) decried the findings of a new report showing that the retirement funds for New Jersey state troopers, local police and firefighters and public workers dropped lower than expected in the first year workers were required to pay more toward their pensions.

The Associated Press first reported the story about the report, which is due out today.

“Today’s announcement by the Actuary for the Police and Firemen’s Retirement System (PFRS) that the value of the pension fund had dropped in 2012 is a cause for serious frustration by the members of the New Jersey State PBA,” said state PBA President Anthony Wieners (pictured). “Police officers, both active and retired, made a commitment to ensure our pensions were secure under the guise of shared sacrifice, but politicians have again shortchanged the retirement system.”

Wieners said PBA members are now contributing 10% toward their pension, nearly the highest in the nation, and retired officers have seen their cost of living adjustment (COLA) eliminated.  But rather than place the money back into the pension system to boost its value, the state has cut the contributions into the system for local governments and has risked $200 million in pension funds by investing in the soon-to-be bankrupt Revel Casino.

The PFRS actuaries and even Legislators who supported Chapter 78 all agree that one of the main causes of losses in pension value was the skipping pension payments and granting of pension holidays to local governments of more than $2 billion in the last decade, Wieners said.

“Relieving local governments of their lawful obligation on the backs of active and retired law enforcement to fund the Normal Cost of PFRS as well as to pay back what they skipped paying in the past has stripped value from PFRS that is needed to move us forward,” he added. “Politicians continue to push their obligations off to future generations and jeopardize the health of our pension system. Unlike the state and local government, PBA members never skipped a pension payment. The actuaries report gives many members pause to be concerned about more broken promises from elected officials. Restoring the pension fund can’t just be a one way street and government should not be allowed to take out the extra funds that we put in to fix what the government broke in the first place.” 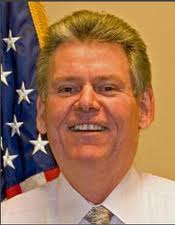