Profiled in a made-for-HBO movie that debuted this week, the former governor, repackaged by time as a grayer and older mortal sufferer, presented himself to the public as a fallen figure of redemption in his new role as a prison minister.

Selected this week by the Burlington County GOP Organization, the LD 8 assembly candidate would be the first Republican legislator of Hispanic descent if she wins in November. She would replace Assemblyman Scott Rudder (R-8), who’s trying to juggle the demands of family and work and will not pursue re-election. He is supporting Rodriguez Gregg.

Better known as “Chico,” the Jersey City Ward B Council candidate (and ally of Mayoral candidate Steve Fulop) had a victory this week when a judge ruled that he can use his nickname on the ballot. Less successful was Mayor Jerry Healy, as Clerk Robert Byrne shot down the incumbent’s attempt to land his own moniker on the ballot: “The Man.”

A lock to win the 33rd District Assembly seat, the likeable deputy mayor from Jersey City will be the second Indian American serving in the legislature, joining Assemblyman Upendra Chivukula (D-17). How long will it take before the Statehouse is redubbed “The Raj Mahal?”

The dignified LD 34 state Senate challenger joins a slate with veteran incumbent East Orange Mayor Bob Bowser, who has run off the line before and won.

Gov. Chris Christie this week announced his intention to nominate the federal prosecutor and assistant district attorney in New York to become the next Middlesex County Prosecutor.Carey would replace Bruce J. Kaplan, the Middlesex County Prosecutor who was appointed in 2002 by Gov. James McGreevey and reappointed to a second five-year term by Gov. Jon Corzine in 2008.

The Republican governor received the support of the United Association of Journeyman and Apprentices of the Plumbing and Pipe Fitting Industry, another example of how Christie has been adept at picking off traditional Democratic support in an effort to choke off money and resources that would normally flow to the campaign of Democratic challenger Barbara Buono.

One of the smartest strategists in New Jersey politics, the LD 20 brand got caught doing something dumb: sending sex-addled emails to a former lobbyist. Dredged up after a decade in all their keypad cupidity and seamy finery (Yeats, they ain’t), the emails embarrassed the street-fighting Democrat from Union.

She’s one of Time Magazine’s 100 most influential people on the planet, but she couldn’t influence the members of the local Newark Schools Advisory Board, who slapped the Schools superintendent this week when they voted down her submitted budget totaling nearly $1 billion but lacking transparency, according to board members.

Up for re-election this year, the mayor of Hoboken sought the same courtesy from state Sen. Brian P. Stack (D-33) that Stack paid Jersey City Mayor Jerry Healy. But while Stack affirmed Healy’s choice Mukherji, for the assembly, the North Bergen boss selected Carmelo Garcia of the Hoboken Housing Authority for the second LD 33 assembly seat. Garcia is hardly a Zimmer person.

The state Attorney General bagged Birdsall, the largest shareholder and former CEO of Birdsall Services Group, a large Monmouth County-based engineering firm, along with the firm and six other executives and shareholders. The seven face charges that they conspired in a scheme to avoid the restrictions of New Jersey’s Pay-to-Play Act by disguising illegal corporate political contributions as personal contributions of employees of the firm.

Polls this week show the U.S. Senator from New Jersey not ready to give any Sally Fields speeches anytime soon. Quinnipiac University’s poll shows Menendez’s approval rating at 40 percent against 37 percent who disapprove. A second poll, issued by Harper polling, puts the senator’s approval at 32 percent against 48 percent who disapprove of the job the senator is doing.

Hamilton’s former director of planning was sentenced to 18 months in jail for his role in a money laundering scheme hatched up by former Hamilton Mayor John Bencivengo, who’s already headed for the can. 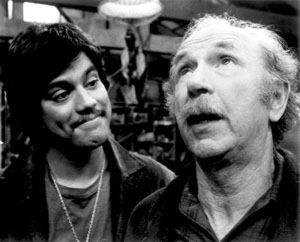