A Quinnipiac Poll this week shows Clinton clobbering any of the top three Republican 2016 contenders in a national election, including Christie. Clinton would defeat Sen. Marco Rubio 50%-34%, and Rep. Paul Ryan 50%-38. Christie would give her a tougher time, but still go down in defeat, 37%-45%.

Faced with the possibility of a candidacy by former state Sen. Pete Inverso (R-14), the battle-tested Greenstein announced she has received the backing of the Communication Workers of America, FMBA, The Mercer Burlington Building Trades Council, the Mercer County Central Labor Council and the Plumbers and Pipefitters Local 9.

The Joint Commission on Ethical Standards decided Tuesday to dismiss a complaint against State Sen. Nick Sacco due to timeliness. Lydia Coleman, a former North Bergen employee from 1995 to 2005, alleged harassment by Sacco, who also is mayor, including profane voice messages as well as physical conduct. The commission accepted jurisdiction but dismissed the matter, deciding too much time had passed. Coleman had filed her complaint in 2011 regarding incidents allegedly occurring during her employment.

Subdued, and etched with less metaphor than past addresses, the Newark mayor’s State of the City received a boost from a poll done by Booker’s opponents that shows the mayor riding a 70% approval rating in Newark. This as he gears up for a 2014 U.S. Senate run.

A municipal court judge found the Rahway mayor guilty of soliciting a donation for funds to pay off an earlier fine imposed for campaign finance reporting violations. Proctor was fined $750 for violating a municipal ordinance when he asked a contractor for money at city hall in August 2011.

Already indicted on computer hacking charges, the mayor of West New York must also try to fend off a civil complaint from a former city hall employee charging the mayor with financial and emotional abuse.

A woman filed an affidavit this week claiming she was one of the prostitutes in a video featured on the conservative blog, and that she had been paid to lie. The woman said she never met U.S. Sen. Bob Menendez (D-NJ), whom the Daily Caller claimed had a Dominican tryst with the woman. 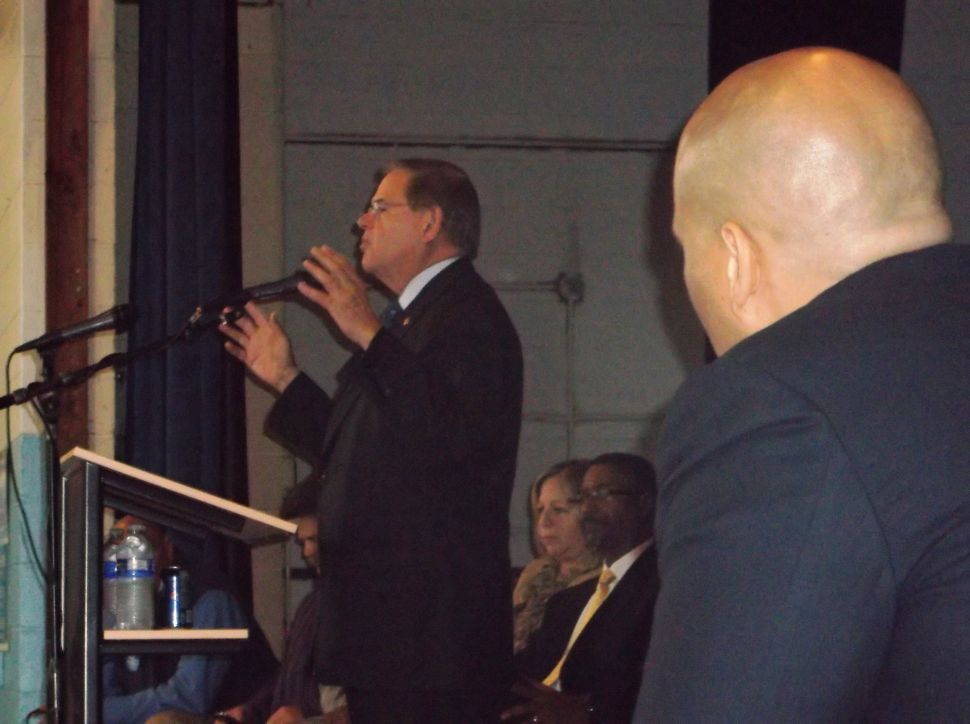