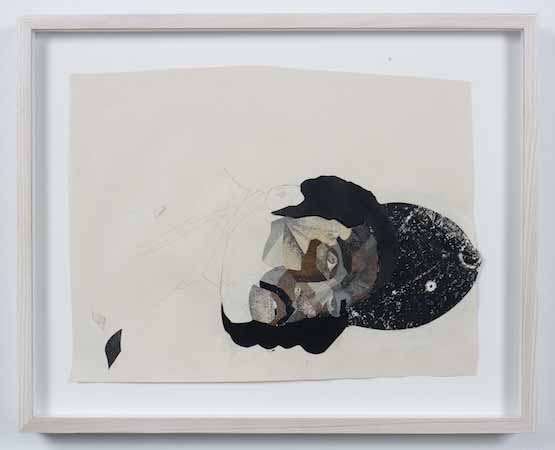 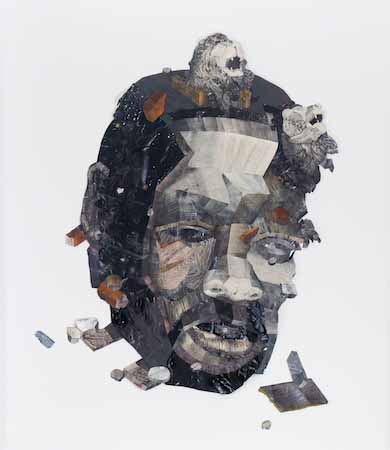 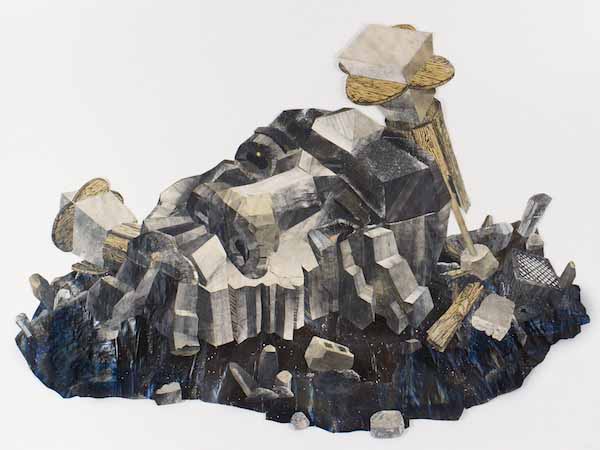 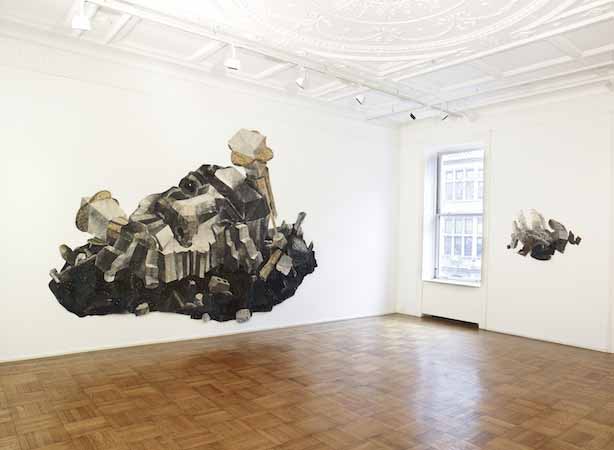 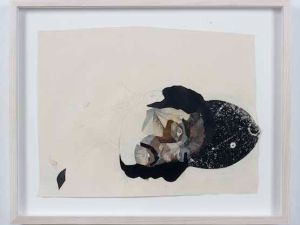 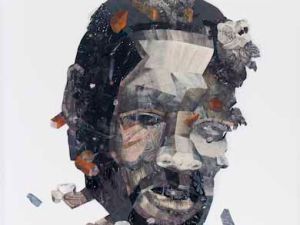 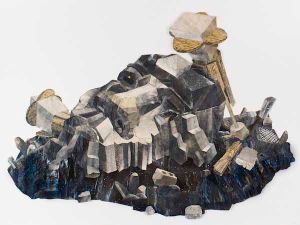 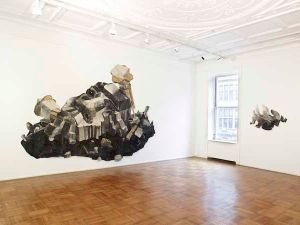 The pièce de résistance of Brooklyn-based artist Yashua Klos’s debut exhibition is a work more than 13 feet long and 10 feet tall called The Face on Mars (2010). Despite its gargantuan dimensions, it is everything that today’s epically scaled artworks typically are not: tightly controlled and packed with elegant details. A collage composed of scores of individual prints on paper, you would not want it to be one inch smaller.

A man’s face grows out of a thick, jagged slab of stone. Numerous slices of paper, carrying various shades of ink, create an almost-startling three-dimensional quality, which is heightened by jet-black eyelashes that curl off of the man’s skyward-looking eyes. Scattered around this portrait are blocks of wood and cement, cinder blocks and a milk crate—the detritus of the city, each made with a print.

Other, smaller pieces reveal similarly bravura techniques at work, like the roughly eight-foot-high Head of a Black God With Two Blind Lions (2012). Two of those ferocious animals growl atop a man’s head, which seems to be made, in part, out of a star-filled sky.

Tiny, tantalizing studies of partially formed heads from a 2012 show see Mr. Klos experimenting with his sui generis medium, teasing out even better ways to render the texture and color of skin.

Mr. Klos’s art concerns the ways in which people craft their identities—piece by piece, haphazardly—and the ways in which their surroundings influence that process. While recalling the sheer strength of Charles White’s realistic, virtuoso mid-20th-century depictions of African-Americans, it at the same time admits the provisional, in-progress status of all identities. Some of his collages have scraps of paper floating off to the side of them on the wall, perhaps in the process of becoming something new. (Through March 30, 2013)