Key Dynamics: The veteran Van Drew potentially faces his toughest election in years. Republicans are already furious that he smothered the loss of Milam by wrapping himself in the flag with war hero Andrezejcak. Pushed around by the hyperkinetically political Van Drew for years, Cape May Republicans see a chance to have revenge with Gov. Chris Christie at the top of the ticket. Wooed by the Trenton Republican establishment, Adelizzi-Schmidt became the first Republican Senate challenger to embody what would over the course of the pre-primary season become a statewide trend: the presence of GOP women harvested in part to enhance Christie’s viability against his own challenger, state Sen. Barbara Buono (D-18).

Key Number: 7,014. Registered Republicans outnumber Democrats in LD 1, 37,435 to 30,421, but the politically agile Van Drew has historically sawed into the District’s independent voter base numbering 55,655.

Key Dynamics: Bennett is an ally of GOP gubernatorial candidate Seth Grossman, who heads the Restore American Principles slate in his home county of Atlantic. Balles is on the line with incumbent Gov. Christie.

Key Dynamics: Republican Balles won his sheriff’s seat in 2008, despite the tsunami wave of support for President Barack Obama.  Now Whelan, a proven cross-over brand in his own right, must try to win with Republican Gov. Chris Christie at the top of the ticket. Coming off the most expensive LD 2 election in history in which he did better than most expected, beating Assemblyman Vince Polistina 54-46%, Whelan faces the double challenge of running against Balles and Christie.

Key Number: 2,364. That’s the number of votes Gov. Chris Christie beat Jon Corzine by in Atlantic County in 2009 when Whelan wasn’t on the ballot. The final tally was 35,724 votes for Christie and 33,360 votes for Corzine.

Key Dynamics: Money. Hand-picked by Senate Minority Leader Tom Kean, Jr., Trunk is on a mission to force Sweeney to spend cash in his home district, conceivably at the expense of other battlegrounds. Running with a full ticket, Trunk has already rattled Sweeney. Now the question is how much will the Democratic leader feel obligated to spend to subdue the challenger? And what will that mean for his popularity in those districts where incumbent candidates – state Sen. Linda Greenstein (D-14) for example – want ready cash for their own battles?

Key Number: $636,387. That’s how much money Sweeney has in his individual account right now, which is not as much as he spent in 2011 to bludgeon a no-name challenger with no money.

GOP Primary: Aligned with renegade gubernatorial candidate Seth Grossman,  Constance Hare Murray and Joseph Siano are vying with Jeff Banasz and Anthony Ogozalek, who are backed by the Regular Republican Party and running on the line with Gov. Christie.

Key Dynamics: Aging veteran Conaway and rising star Singleton squeaked to victory in 2011 – and Gov. Christie wasn’t at the top of the ticket then. A proud independent brand who has shunned the Burlington County GOP Organization, incumbent state Sen. Diane Allen (R-7) has never had coattails – but that could change this time if Christie does. Political animal Singleton – a protégé of former Assembly Speaker Joe Roberts – is viewed by party members as a future party leader. In expectation of a tough election this year, he has pulled 24-7 duty, but will it be enough?

Key Number: 1,259. That was the number of votes that separated a victorious Singleton from his unsuccessful Republican challenger in 2011. 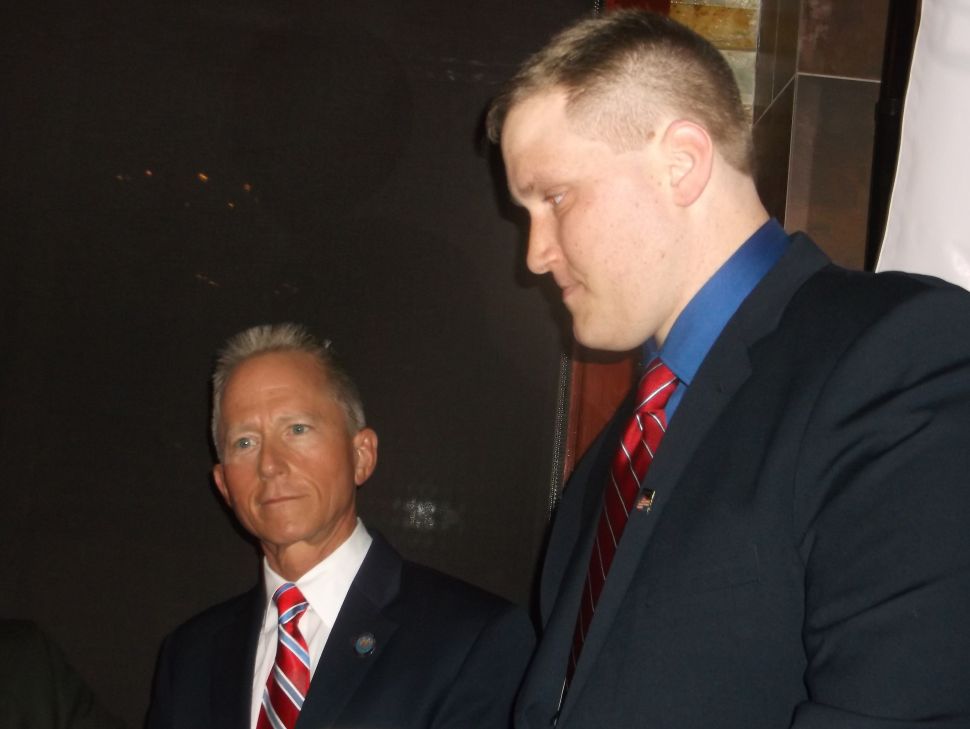