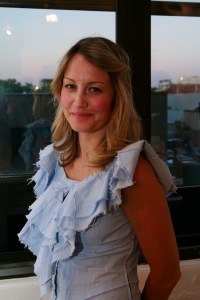 Independent curator and art dealer Amy Smith-Stewart has been hired as curator at the Aldrich Contemporary Art Museum, in Ridgefield, Conn. Artforum has the news, and quotes the museum’s executive director, Alyson Baker, saying, “Amy shares our respect for the museum and its legacy as an institution known for pioneering exhibitions and public programs.”

Ms. Smith-Stewart started her eponymous gallery in 2007 at 55 Stanton Street on the Lower East Side, when the neighborhood was relatively uninhabited by art spaces compared to today. In 2009, she closed her storefront but continued to operate the gallery in a roving series of shows. Among the artists she worked with were Jen DeNike, David Malek, Kate Gilmore and Nicole Cherubini.