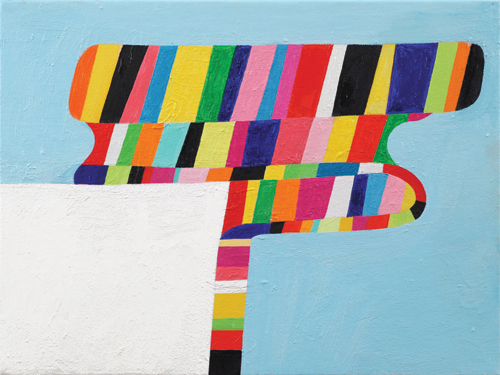 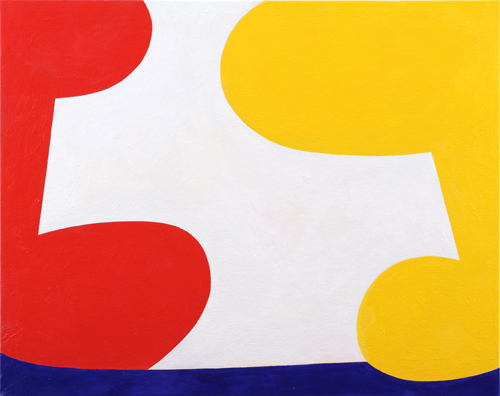 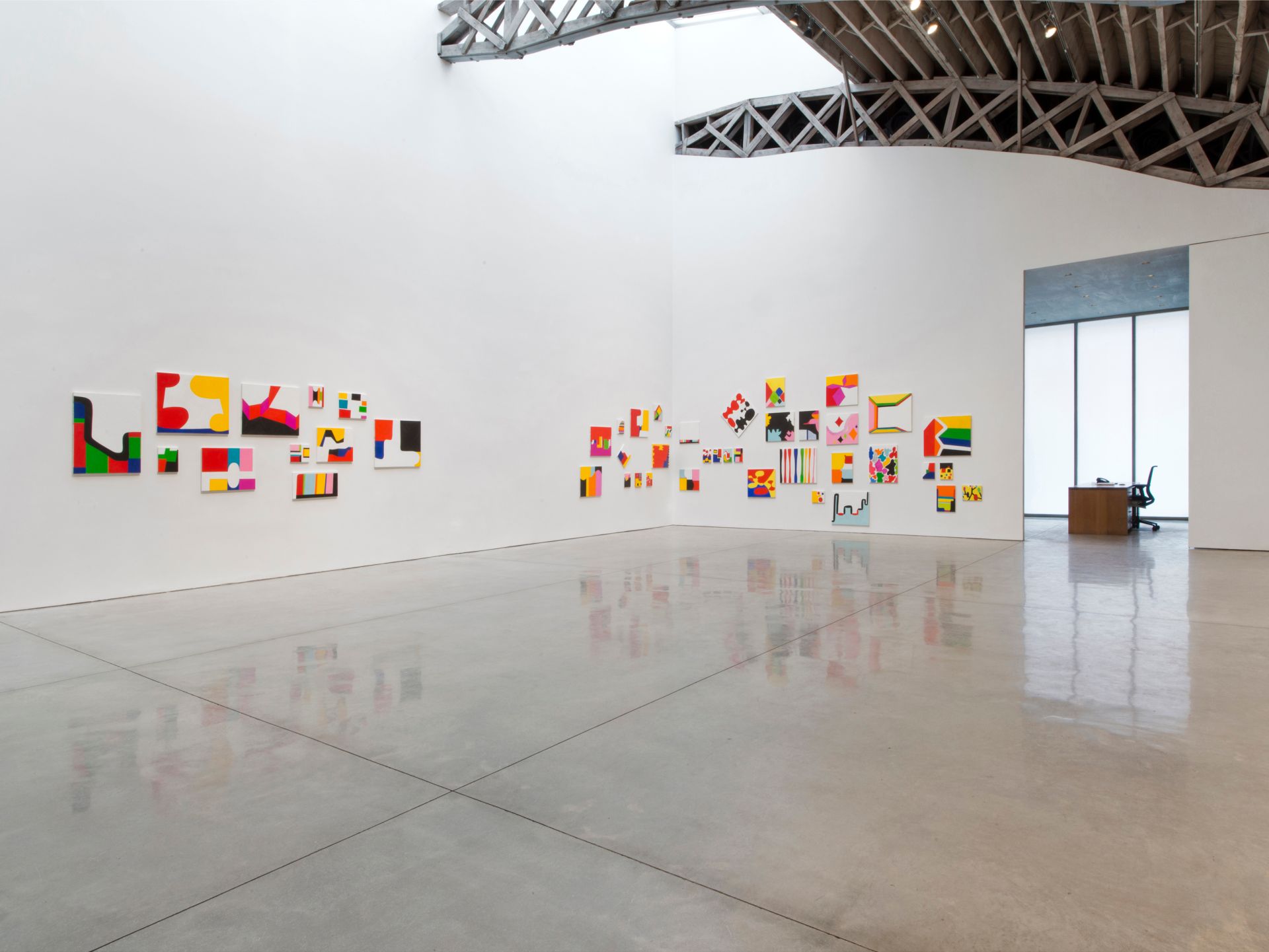 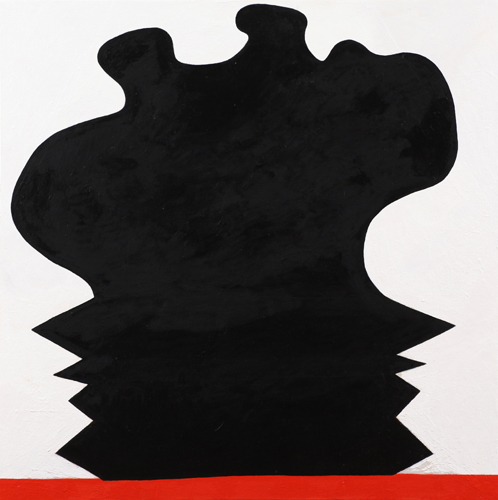 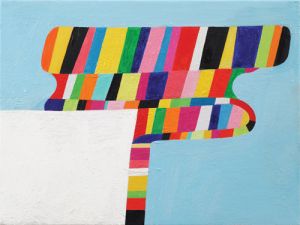 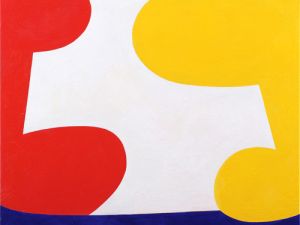 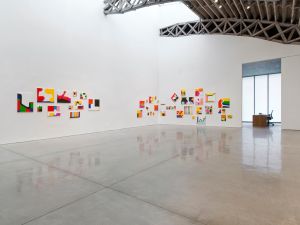 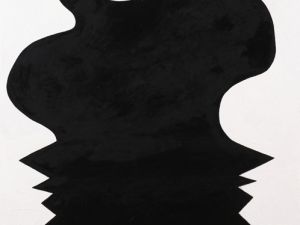 Andrew Masullo’s modestly sized but manifold nonobjective paintings use sharp edges, complex combinations of simple forms and bright, unmixed colors carefully chosen to cancel each other out. If they don’t actually harmonize, they contrast in chords as neat as anything in Beethoven’s “Ode to Joy,” so that you see them not as separate colors but as unitary rainbows or highly disciplined chromatic armies. These armies probe, press and try to contain robust white spaces, which are generally pressed over to one side but sometimes take up as much as half the canvas. (Not every canvas uses white, but in light of the prevailing pattern, the ones that don’t simply seem to fight the same battle with the walls.)

The success or failure of such a Manichaean experiment can only be decided by its most recent attempt. Sometimes it misses: the line of miniatures along the gallery’s western wall, for example, which range in size from cigarette pack to pocket paperback, are mostly too small to support their compositional battles, and they look more like copies of larger paintings than works in their own right. But when it succeeds, as with a diamond-shaped canvas on the north wall, in which irregular black, pink, green, orange, blue and red borders steadily close in on a Lego-shaped corner of white, you suddenly forget the fixed set of terms being manipulated and instead feel the gesture of their combination, at once unique in its particular direction and universal in the tension that animates it. (Through April 27)