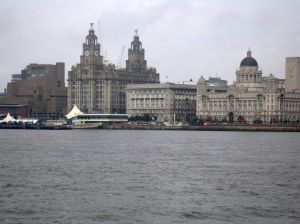 The Liverpool Biennial announced today that it has selected Anthony Huberman and Mai Abu ElDahab to curate its eight edition, which will run in the fall of 2014.

It’s been a busy year for Mr. Huberman so far. Currently the director of CUNY’s Artist’s Institute, he was named director of the CCA Wattis Institute in San Francisco last month, and will take on the job in August. He has previously served as curator of the Palais de Tokyo in Paris and SculptureCenter in Long Island City.

Ms. Abu ElDahab is a Brussels-based curator who was director of Objectif Exhibitions in Antwerp, Belgium, from 2007 to 2012. She has curated and published widely, and was co-curator of the canceled Manifesta 6, which had been slated to open in Nicosia, Cyprus, in 2006.

The two curators will work under the direction of Sally Tallant, who is serving as artistic director for the festival.

According to the biennial’s website, they are looking for a curatorial intern. Details here.