Moments after the Associated Press tweeted that two explosions had been reported at the White House and the president was injured, investors began to panic, dropping the S&P 500 into a momentary free fall.

Within moments, the S&P 500 dipped 1 percent while the Dow Jones dropped 100 points. The drop, dubbed “Tweet crash,” illustrated the power of social media on a jittery Wall Street. 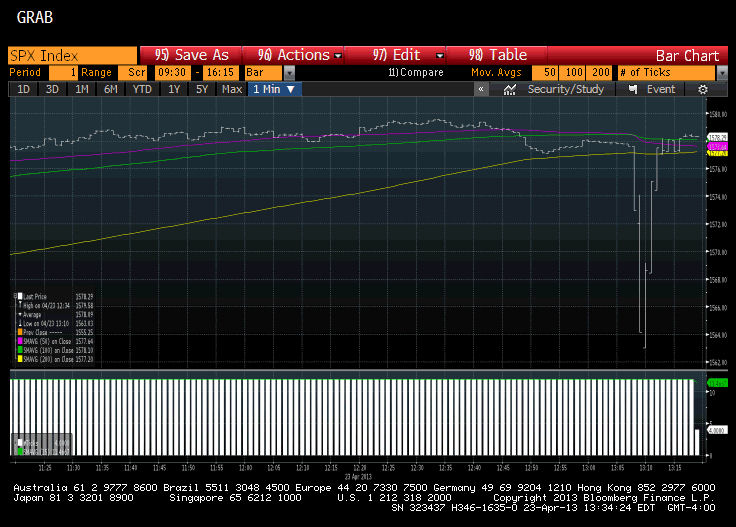