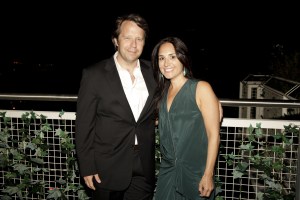 Gallerist has learned that Artspace, a website launched in 2011 that facilitates online sales for more than 100 galleries and nonprofit organizations, has agreed to acquire VIP Art, an art-selling website started by dealers James and Jane Cohan and investors Jonas and Alessandra Almgren as the VIP Art Fair that same year. Though neither side would discuss details, the deal has Artspace taking on VIP’s small staff and Mr. Cohan joining Artspace’s advisory board.

“VIP Art has been a pioneer in this idea of using technology to broaden access for leading galleries around the world,” Artspace cofounder Christopher Vroom, who said he and Mr. Cohan have long been friendly, told Gallerist by phone. With the acquisition, he said, “We augment our gallery presence, and we augment our insight into how best to serve galleries and collectors. In acquiring VIP, we’re adding another 100-odd galleries to our platform.”

VIP’s approximately 100 gallery partners, who currently pay a monthly subscription fee ranging from $350 to $600 to use the site to show work to collectors, were notified of the acquisition this morning and will be asked to transition in coming months to Artspace, which takes a commission on individual sales rather than a subscription fee. Following the acquisition, Artspace could be partnered with more than 200 galleries, assuming VIP’s clients agree to join the platform. The acquisition also brings Artspace’s list of collectors up to some 200,000.

With the battle between the growing number of online art retailers getting fiercer, the logic of the deal would seem to be that the increasingly vaguely defined VIP was better off hitching its wagon to Artspace than continuing to go it alone. Though VIP signed on many top-flight galleries for its first edition in 2011, that inaugural event was dogged by technical problems that locked out many users, leaving some exhibitors angry and asking for refunds. The second VIP fair earned mixed reviews from collectors and dealers, and the company later dropped Fair from its name, focusing instead on serving as a selling platform for galleries.

“I think there was a period of looking for what the digital possibilities are for the art world,” Mr. Cohan told Gallerist. “What impressed me and my partners and our board was how convincingly Artspace has moved that ball forward.”

“Prior to this acquisition, Artspace had the biggest list and largest unique user base in the space,” Artspace CEO and cofounder Catherine Levene told Gallerist. “This combination is radically going to change the space. We will be at least double or triple the size of any competitor.”

Artspace also recently raised $8.5 million and brought on Russian art collector Maria Baibakova as strategic director. “We’re at 20 times the traffic of some of the folks that regularly get written about,” Ms. Levene said.