TRENTON – Flanked by new GOP candidates and incumbents with the Gold Dome rising behind them, Assembly Minority Leader Jon Bramnick (R-21), Westfield, declared his commitment to fighting for and winning Assembly seats for Republicans this year.

“I am very proud of the candidates and of the incumbents you see behind me,” added the minority leader.

PolitickerNJ.com asked the assembled candidates if any of them disagreed with Christie on any substantive issue.

No one stepped forward.

“I didn’t poll the people behind me,” he said. “It’s not whether Chris Christie is right on every issue.”

But Democratic leadership over the past ten years took the state in a decidedly wrong direction, he argued.

“People here see a governor with the right message,” Bramnick said. “This governor is very popular because he has advanced the right policies.”

O’Scanlon has been a key ally of the governor’s on the Assembly Budget Committee.

Democrats hold a 48-32 majority in the assembly. 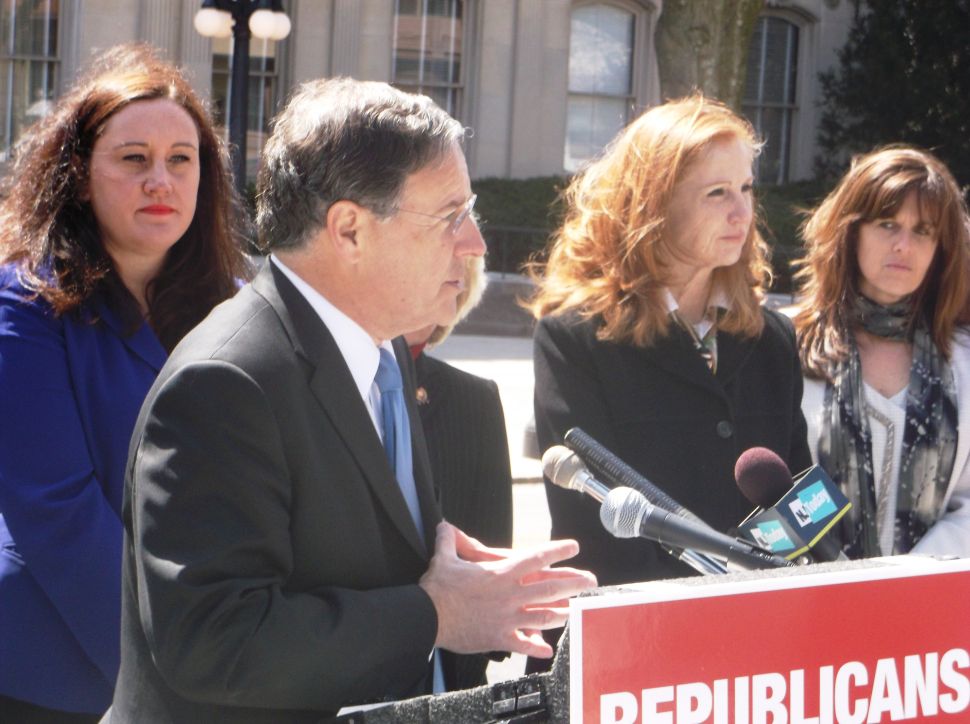