Q: You’re known for reintroducing Lebanese classics, as well as putting inventive new spins on the cuisine. How far can you take Lebanese before it loses authenticity?

A: You have to realize, the restaurant opened to say: Now that I am in a country that has peace and I don’t have to worry about whether I’m going to live or die tomorrow, how do I see my cuisine evolving? The same way it has evolved in France, in Japan, in Spain, there is no such thing as not being able to keep it Lebanese because that means we’ve stopped evolving. The cuisine is, in my opinion, a barely walking toddler, because there was a hijacking of the evolution of the arts within all the conflict. The only reason I’m getting a lot of credit these days is I was able to dream because I didn’t have to worry about a bomb falling on the head. If everyone had the same advantages I had, I’m sure these culinary arts would have progressed the way we try to do it at Ilili. Tradition is a foundation, and creation is an evolution. If I want to inject a Japanese technique into a Lebanese dish, that’s my creative right; that’s what being creative is all about.

Q: What do you say to people wary of Lebanese food?

A: Satisfaction guaranteed or your money back. The number one comment we hear is, “Oh, my! I did not know Lebanese could be this much fun!” Unfortunately, that’s because there are not enough of us doing what Ilili is doing on the market, and I’m hoping that will change over time.

Q: What is the future of Middle Eastern cuisine, and cuisine in the Middle East?

A: I think Middle Eastern cuisine is tied to the evolution of the region, and because of social media and the Internet, things are moving faster in a more fluid direction. However, we’re not anywhere near what the potential will be in five or 10 years. I believe it will be the next to cross the ethnic divide and make its way up to fine dining. As for the Middle East, I think the evolution of the cuisine in its own soil is tied into the security of the region. Aleppo, which is one of the most amazing culinary capitals of the world, is decimated, and a lot of history has been eradicated. The cuisine of the Middle East is in critical condition as long as the region suffers. However, on the artisanal level, there is a powerful movement for slow food and women showing their craft in pop-up restaurants. You have chefs taking pride in the fact that they work as chefs. It’s an uphill battle over there. 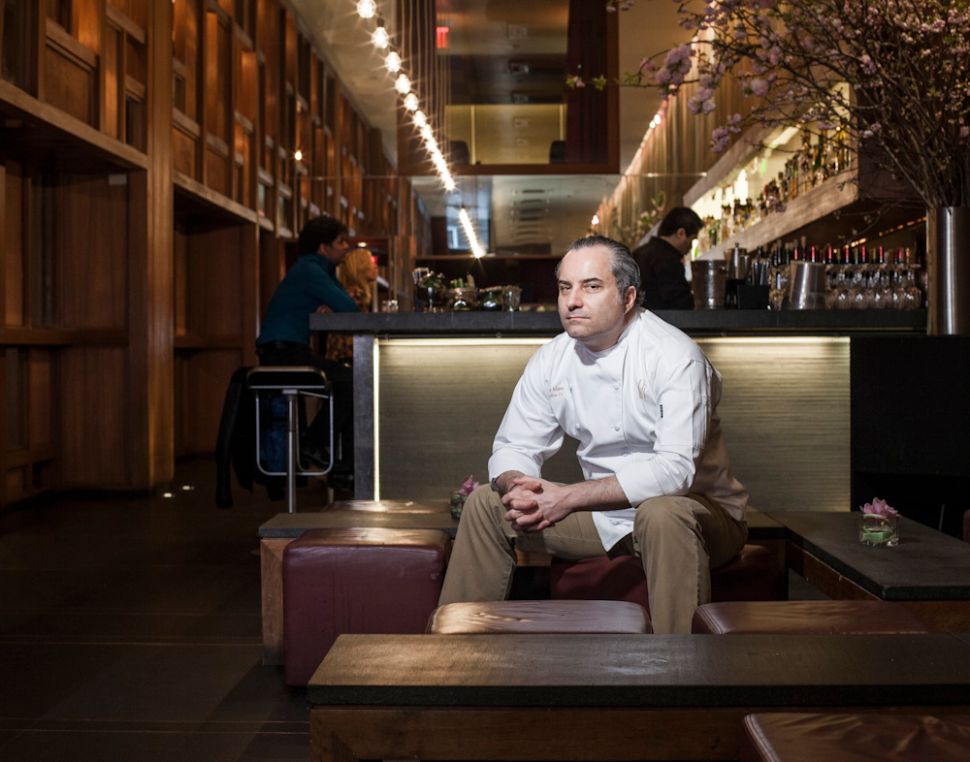