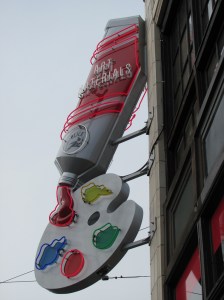 A Blick in Seattle. (javacolleen/Flickr)

Art-supply retailer Blick Art Materials announced that it has acquired rival Utrecht Art Supplies from Topspin Partners LBO, a private equity group that acquired the company in a secondary buyout in 2007, according to Media Bistro. The parties are not discussing details of the transaction.

“The acquisition of Utrecht gives us a tremendous, well-established brand and greater geographic reach for our brick and mortar channel,” Blick’s CEO, Robert Buchsbaum, said in a statement released to press. “We are very excited to welcome Utrecht employees and customers to the Blick team.”