ELIZABETH – Mayor Chris Bollwage said he feels uninspired by gubernatorial candidate state Sen. Barbara Buono’s (D-18) campaign and doesn’t foresee himself working hard on her behalf this year, if at all.

“I have no history with her and I don’t see any plan from her campaign other than to attack (Governor Chris) Christie,” Bollwage told PolitickerNJ.com Friday night as he campaigned with his friend, state Sen. Ray Lesniak (D-20).

“There is no plan from Senator Buono,” added Bollwage, leader of the state’s fourth largest city. “If I see a plan, I’ll reassess. But as of now, I’m not involved, nor do I plan to get involved. I’m voting for her, but I’m not inspired. All my efforts are going to be for the senator.”

A veteran mayor with two decades in office, Bollwage mulled over his own challenge of Christie this year but decided not to run.

Less than cozy with longtime ally Lesniak over the last two years, Assemblyman Joe Cryan (D-20) is one of Buono’s chief political advisors.

Working hands on the sidewalk outside the headquarters of Councilman Carlos Torres, Lesniak, when asked about  Buono’s candidacy, said with a grin, “I will be inspired – right after the Democratic Primary.”

On the Union County line with Buono, Lesniak said Christie is a good leader in the sense that he has a comfort zone with power, but “He’s missing the mark on the huge problems facing New Jersey, including unemployment, infrastructure needs, foreclosure problems, etc. Simply missing the mark.

“If Senator Buono can cut through the celebrity status – and that’s what it is, celebrity – she can make this a close election,” he added. “Not easy – but she can do it.”

Blocks away at her campaign kickoff at the Cuban Club, Roselle School Board President Donna Obe is likewise less than focused on gubernatorial politics.

She told PolitickerNJ.com that she’s a lifelong Democrat.

Is she backing Buono?

Would she commit to supporting a Democrat in the general election? 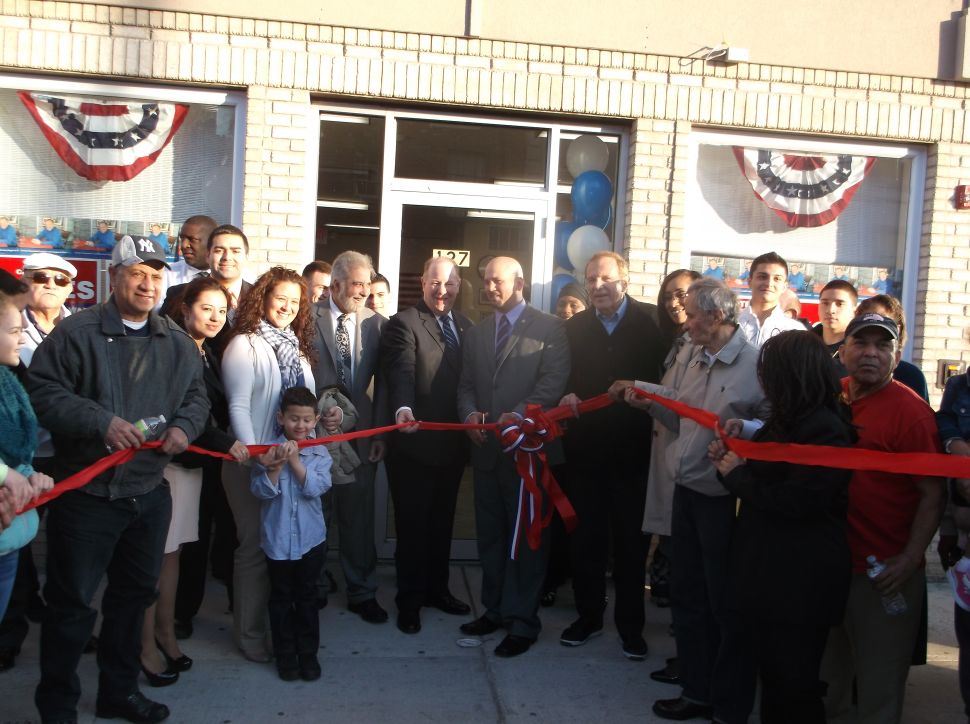