TRENTON – Police presence in New Jersey’s largest city is being beefed up and Statehouse officials say security personnel are on alert as result of the explosions at the Boston Marathon.

Within hours of multiple explosions rocking the city of Boston during the Boston Marathon, New Jersey officials began working to assure residents they are taking precautions in the Garden State.

“There is no cause for alarm but as a precautionary measure we’re increasing police … presence in the city [and] have our helicopter in the air,” the mayor tweeted.

“There’s absolutely no indication of incidents outside of Boston but as a precaution, [Newark and] other cities [are] increasing public safety measures,” he wrote in another tweet.

In the Statehouse, a Gov. Chris Christie spokesperson said the New Jersey State Police and the state’s Office of Homeland Security and Preparedness were on alert.

Similar comments were put out by NJ Transit.

“While there has been no specific threat made to our transit system at this time, NJ Transit police have deployed both uniformed and plain-clothed officers to further patrol our system and keep our customers safe,” he said. “NJ Transit police are also in constant communication with local, state and federal authorities.” 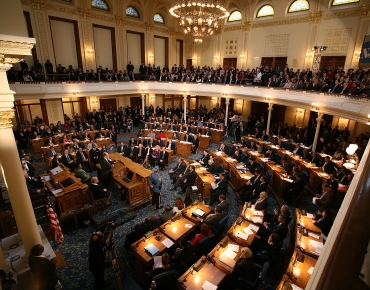