A suit filed by Hoboken residents asserted that Garcia cannot run in the June primary while serving as executive director of the federally subsidized Hoboken Housing Authority.

A source close to Garcia told PolitickerNJ.com that the would-be candidate intends to appeal the judge’s decision.

The five Hoboken residents who complained about Garcia’s candidacy argued that under the provisions of the Hatch Act, he could not serve as executive director of the Housing Authority, an agency that receives over $10 million annually in federal grants, while holding elected office in the General Assembly.

Hoboken Councilman Ravi Bhalla stands to gain with Garcia off the ballot. Bhalla also filed to run for the Assembly in the LD33 Democratic Primary.

“Judge Bariso made a sound decision which should be respected,” Bhalla said. “I will continue to work hard to earn support from the voters and respect from the political leadership in the 33rd Legislative District.”

Flavio Komuves was the attorney who represented the plaintiffs.

“The judge also ruled that Garcia’s name cannot be replaced on the ballot, which will leave voters with a choice of five candidates, instead of six, for the Democratic Party nomination for General Assembly,” Komuves said. “The plaintiffs are grateful that Judge Bariso’s thorough decision, which includes a 7-page opinion on the issue of Garcia’s eligibility, and a separate 6-page statement on the issue of replacing him as a candidate, has settled the issue once and for all.”

The committee on vacancies had until April 10, 2013 (or 55 days before the election) to act, Komuves said.

“Judge Bariso’s ruling denied an application to extend that date, which means that Garcia cannot be replaced on the ballot,” the attorney added. 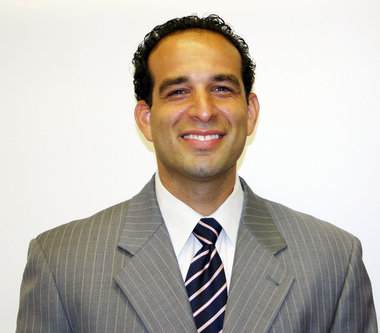