ORANGE – Gubernatorial candidate and state Senator Barbara Buono (D-18) today marked the 50th anniversary of the signing of the Equal Pay Act with a call to end wage discrimination in New Jersey.

Women earn just 77 cents for every dollar made by their male counterparts, an injustice Buono says Gov. Chris Christie could have addressed but didn’t when he vetoed legislation on his desk last year.

“We have a gender wage gap,” declared Buono, panning Christie’s decision to veto three of four bills passed by the legislature designed to outlaw pay discrimination against women in the workplace.

“It’s wonderful to be here with NOW and our next governor,” who is on the same slate with Buono in the 34th District Senate Primary. 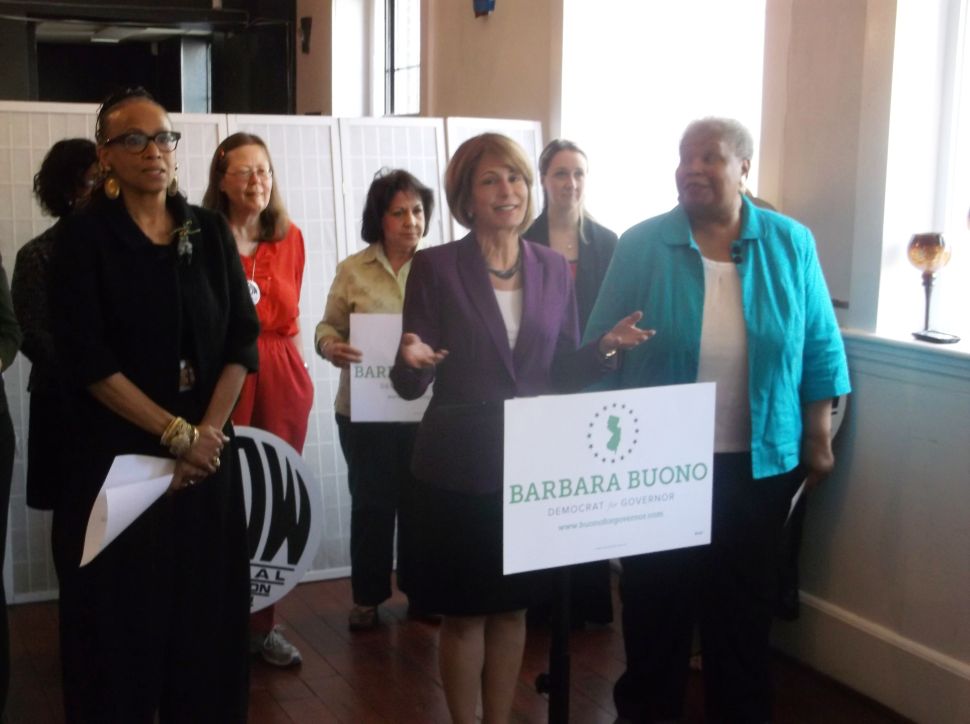