WEST ORANGE – The original visual was supposed to be gubernatorial candidate Barbara Buono talking about a real issue – gun violence – against the backdrop of Gov. Chris Christie cozying up to Essex County Executive Joe DiVincenzo and the new sea lions at the Turtle Back Zoo.

But when the Christie administration shot out the results of a study on violence in advance of Buono’s press conference, the Democrat returned fire, panning the bare bones of the task force tome.

“It does not require universal background checks, there is no ban on .50 caliber assault-style weapons, and it punts on the reduction of large magazines,” added the Democratic candidate for governor, who appeared beside state Sen. Richard Codey (D-27), a former governor.

“Make the decisions on gun safety,” she demanded, condemning the Republican governor for being more interested in what plays safe in the cornfields of Iowa as he eyes a 2016 presidential bid. 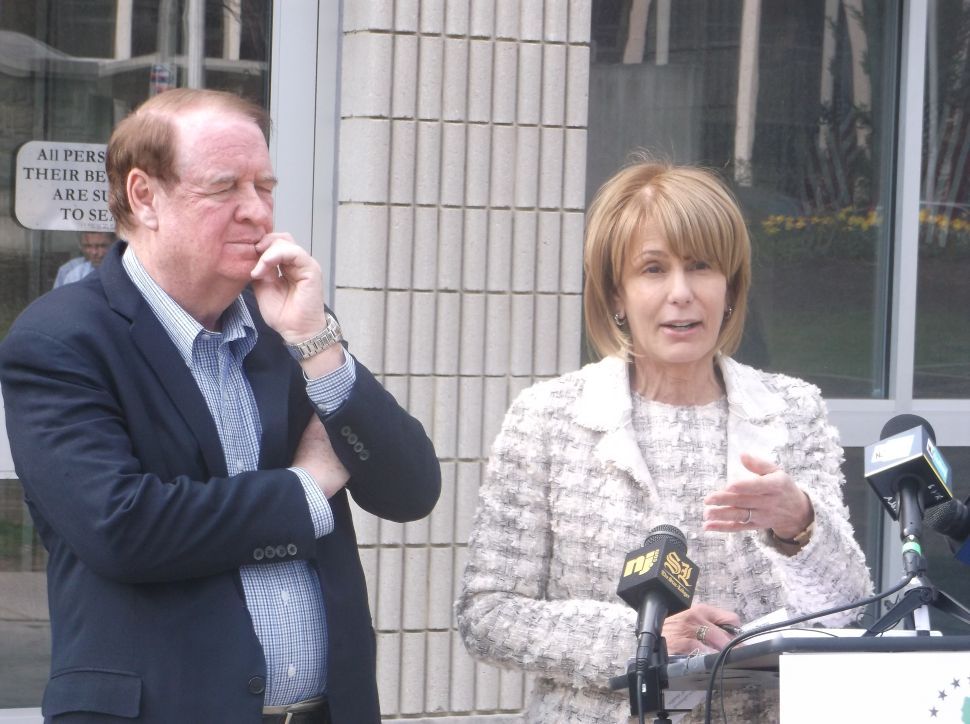