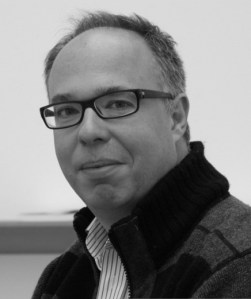 The Brazilian paper Folha reports that Charles Esche, the director of the Van Abbemuseum, in Eindhoven, the Netherlands, has been tapped to serve as curator of the 2014 São Paulo Bienal. The news comes to us via Artforum. According to the paper, Mr. Esche beat out four other competitors for the position.

Mr. Esche may be familiar to some international art watchers for his role in helping to arrange for the first display of a Picasso painting in Palestinian territory, in 2011, in conjunction with the International Academy of Art Palestine. A video of that project also appeared in Documenta 13 in Kassel, Germany, last summer.

The 2012 edition of the biennial, the 30th, was organized by Luis Pérez-Oramas, a curator of Latin American art at MoMA. Fohla has a bit of speculation about what Mr. Esche’s choice means for the upcoming biennial:

After two biennials with many Brazilian and Latin American artists, the event’s directors seem to have tried to diversify its geopolitical aspect.

The selected curator isn’t a specialist in Brazilian art, as Pérez-Oramas is. Esche didn’t even visit the past editions of the São Paulo Biennial. Aside from being a renowned curator, however, he is involved with the Asian and Middle East production, and has participated in biennials in those regions: Gwangju (South Korea), Istambul (Turkey) and Riwaq (Palestine).