HIGHLANDS – There will be scavengers and chiselers in the Hurricane Sandy rebuilding era, Gov. Chris Christie admitted – projects costing a lot of money attract unscrupulous people – but law enforcement also gives government the tools to arrest those people.

Moreover, “I wanted the independence of the comptroller’s office,” the governor added, referring to another set of state level eyeballs.

The governor made his comments at today’s press conference where he acknowledged a Bergen Record investigative story demonstrating how AshBritt is getting more money for debris removal by bumping up mileage reports.

According to the Record, “Under the state’s contract with the cleanup firm, AshBritt Inc., 16 miles is a key distance — it’s when the cost of the haul goes up by 30 percent. In Ocean County alone, the additional, and potentially unwarranted, payouts totaled more than $500,000. The Record found hundreds of instances in which truckers working under AshBritt claimed the higher mileage, even though the most direct route from debris sites to the landfill weigh station — as measured by Google Maps and The Record’s own driving of the routes — was less than 16 miles.”

“We’ll look into it,” said Christie, who admitted being “concerned.” “We’ll certainly look at that.”

Everything will be audited, he promised.

But Christie did not back down from his support for AshBritt, subject of an ongoing Star-Ledger inquiry into Christie’s connective tissue to the debris removal company.

“The press’s obsession with AshBritt,” Christie railed, who claimed the Ledger continues to obstinately insist AshBritt received a no-bid contract, despite New Jersey piggy-backing on a bid Connecticut contract.

The governor also complained about the Ledger claiming the state paid more than it should have for AshBritt, arguing that the Army Corps of Engineers’ option would have cost the state double because the army would subcontract as it does in neighboring New York. 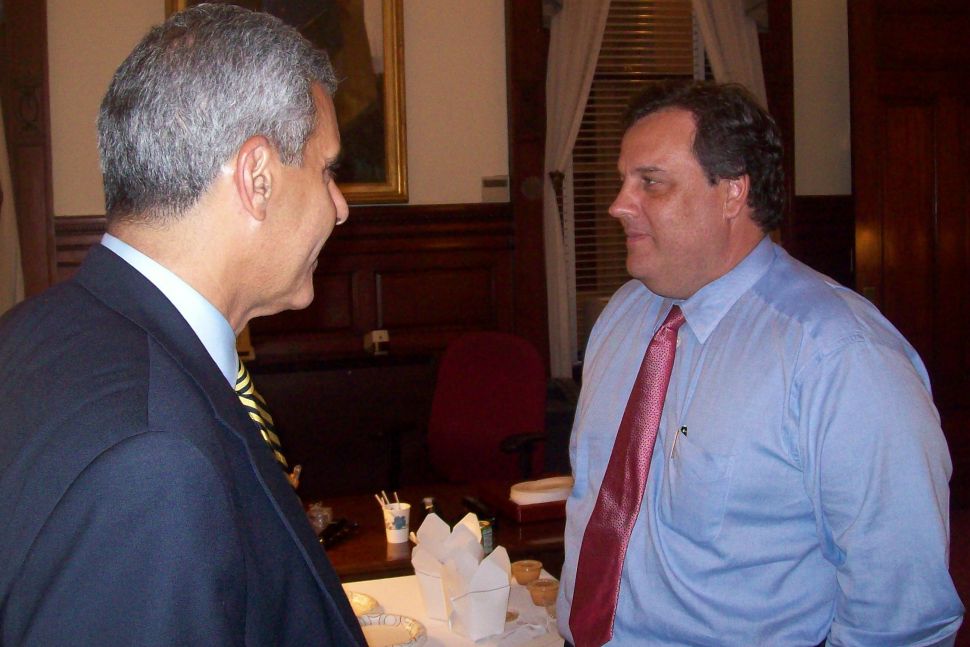