BRANCHBURG – A self-identified teacher stood up at today’s town hall and wanted to know how teachers became the problem in a statewide discussion about New Jersey’s ecnomic train wreck.

“The teachers are the unions,” the woman said. “A little food for thought.”

“There is an extraordinary divide between many of the members and the attitudes of the leadership,” he said to applause, following up with a story about a union representative who told a teacher to remove a picture of Christie if she knew what was good for her.

Christie decried the threatening nature of the encounter. 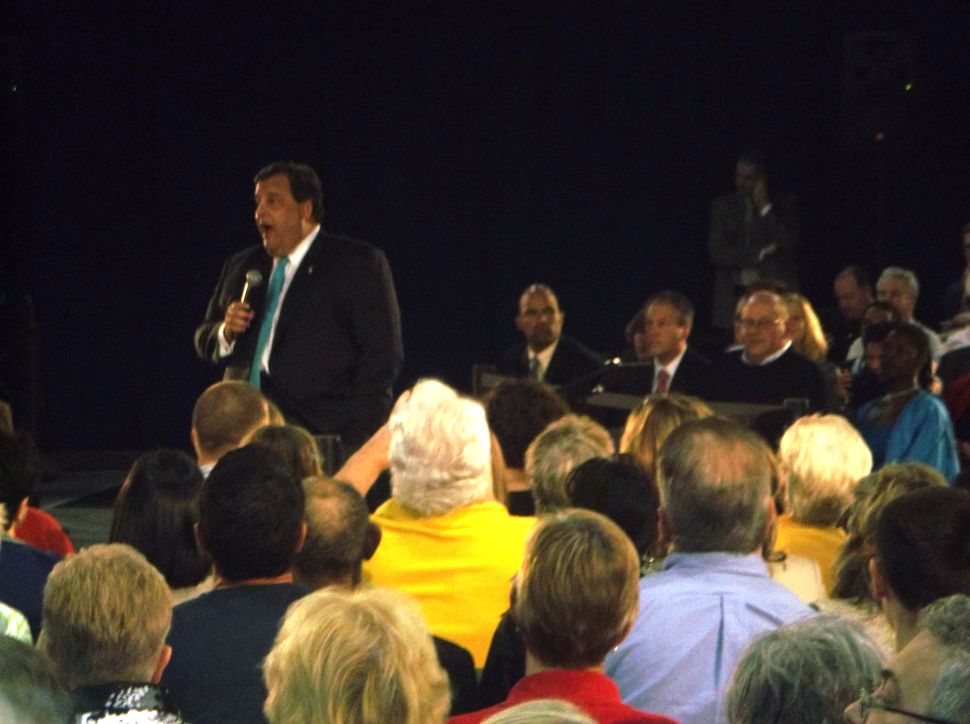