Gov. Chris Christie’s announcement this morning that he plans to once again introduce plans for a tax cut had both parties buzzing over the implications of the move on November’s elections.

“There are two schools of thought here,” said one prominent Democrat.  “Some people think that passing a tax cut now would give the governor a victory in an election year,” the Democrat said.  “Other people think passing it would inoculate the legislative candidates in tough districts.”

Another high level Democratic operative said several questions remain over this year’s revenues including a projected $300 million hole and the governor’s plan to push the Homestead Tax Credit into the next fiscal year, adding $400 million to that spending plan.

For their part Christie’s campaign team believes the governor has the upper hand politically should Democrats stand in the way.

“If you look at this from 30,000 feet, it’s the governor saying we need tax relief and Democrats saying we won’t give it to you,” the operative said.  “It’s good policy and we believe it’s good strategy for Democrats in competitive districts.  It gives them a chance to vote for something people want.”

Christie will include the tax cut as part of a conditional veto of a Democratic proposal to restore the Earned Income Tax Credit to 25 percent of the level from 20 percent.  Christie will give Democrats the EITC restoration but also wants a 10 percent property tax cut phased in over four years.

The announcement revives a battle that played out a year ago after Christie attempted to shepherd through an income tax cut, but pivoted to a wider ranging property tax cut after Democratic Senate President Steve Sweeney signaled he was on board.

That tax cut died on the vine when Democrats insisted on delaying the cut to ensure the governor’s rosy revenue projections came to pass.  Early in the fiscal year, the projections were far off, but more recently collections have come in over estimates, reviving the tax cut talk.

State Sen. Barbara Buono, the presumptive Democratic nominee for governor said the governor must also consider the millionaires tax, a measure Christie has already vetoed and continues to stand firmly against.

“After forcing property owners to forgo a tax cut for a year, it is outrageous that he is trying to shift blame to Democrats for his fiscal irresponsibility. If he really wants a tax cut, he should agree today to sign a millionaire’s tax that ensures we can pay for relief for working and middle class families,” she said.

Reached by phone, Senate Budget Committee Chairman Paul Sarlo, a chief proponent of last year’s delay, said all eyes will be on next month’s revenue certification.

“We’ve been on a revenue roller coaster from month to month,” Sarlo said. “For the first few months we were way off projections and more recently we’ve exceeded them. “It really comes down to that end of May collection and certification by the treasurer.  That will really dictate what our spending plan will look like.”

“Nobody is against providing a tax cut if we can pay for it,” he said.  “But the state goes on after this election and we still have a structural problem in our budget. Just because it’s the most politically expedient thing for all of us to do, doesn’t mean that we don’t have to take into account what it means for the budget over the next four years.”

Christie has not yet detailed how he will pay for the cut and a spokesman for the governor did not return an email for comment. 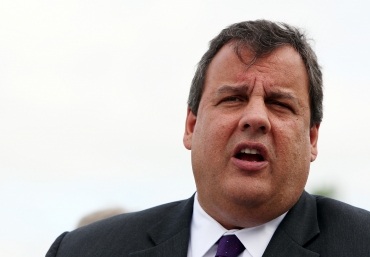