I recently interviewed Christine Quinn, the New York City Council speaker who is looking to become the first female mayor of New York City. Quinn is outspoken, bold and isn’t afraid to use profane language when peeved.

This column is not about politics, but rather about gender communication and whether there is a double standard when it comes to outspoken leaders like Quinn, who sometimes make off-color statements in the heat of anger or frustration. Are male and female leaders viewed differently when they say the same things out of frustration?

Let’s face it, any leader who deals with challenging or stressful situations can potentially say or do certain things in public (or more likely in private) to make a point. Sometimes, that communication style makes people uncomfortable or turns them off, but it can get the message across.

Many male executives have histories of threatening, barking or using profanity in the heat of battle or when team members screw up. With all the communication coaching and leadership seminars I’ve conducted, I’d be less than honest if I didn’t admit to communicating in ways that I’m sure the Harvard Business Review would find unorthodox at best.

But real-life situations sometimes sway men and women in leadership positions to communicate using language that some folks find offensive.

Case in point — Christine Quinn who, in a recent New York Times profile, was said to have a bit of a temper. In the article, Quinn was quoted as saying she would cut a certain body part off a male colleague who angered her. Ouch.

Others were quoted as saying about Quinn, “She gets really close to you. It’s really in your face.”

But in explaining her sometimes aggressive communication style, Quinn, who is not unlike some very tough and talented female business leaders that I know and have coached, acknowledged in the article that she occasionally yells and uses the F-word to get her point across. She has also said the following: “I don’t think being pushy or bitchy or tough, or however you want to characterize it, is a bad thing. (People) want somebody who’s going to get things done.”

Whether it’s running a government, a business, a school or a nonprofit, is it really acceptable to lead and communicate in this fashion? It depends.

If you do it too often or without provocation, it’s obviously a problem. But if you never raise your voice or communicate passionately, if you never let people know you’re peeved or really frustrated about a situation or poor performance, or if you never graphically let people know the consequences they’ll face if they continue to cross you or fail to perform, couldn’t others question your level of commitment as a leader? Isn’t this really a question of balance?

By her own account, Quinn, while making no apologies, says she is looking to tone it down a bit. But is Christine Quinn held to the same standard as a very assertive and direct communicator like Gov. Chris Christie?

There is no perfect leadership or communication style. But one thing is clear: Quinn, or any other woman who attempts to lead in any arena, must be judged by the same standard as a man in the same position. Anything different will produce confusion, contradictions and mixed messages.

If you like her approach, fine. If you don’t, that’s fine too. But it shouldn’t make a difference if her name is Christine Quinn or Chris Quinn. 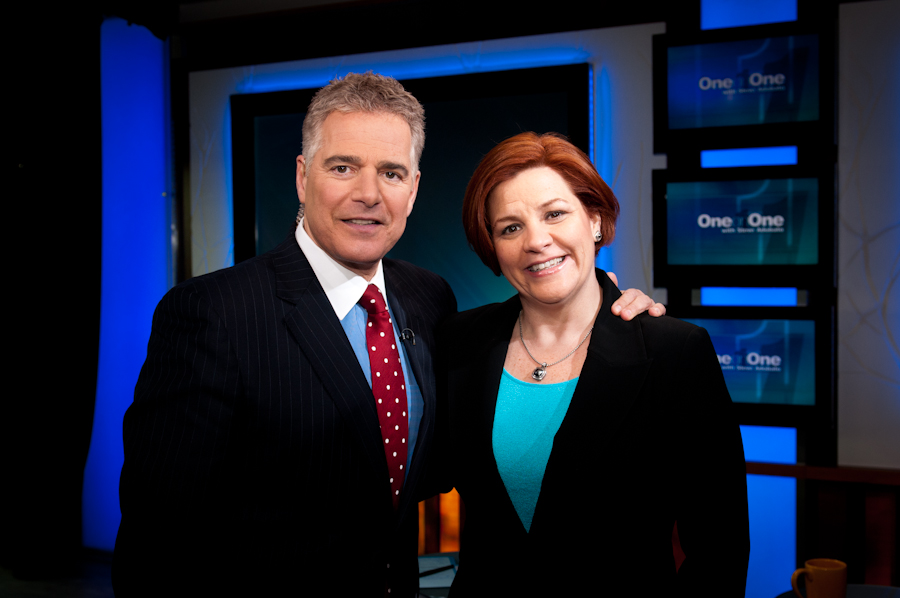