Yesterday, in a tweet laden with remorse, Mr. Brittain announced that he is shutting down Is Anybody Down. After a number of self-pitying follow-ups on Twitter, he changed his bio to the rather emo, “Say good night to the bad guy.”

But, as we conjectured, it appears that Mr. Brittain was lying the whole time. On the same day that he announced he would be ending IAD, Mr. Brittain registered the domains ObamaNudes.com and ObamaNudes.net and transferred all of IAD’s content over to them.

On Is Anybody Down, Mr. Brittain offered a paid content removal service called “Takedown Hammer,” which he claimed was run by an independent third party. However, investigations by the legal teams of the women suing him, as well as those by CBS News, revealed that Mr. Brittain and Takedown Hammer are one and the same. (Emails from both parties repeatedly come from the same I.P. address.)  ObamaNudes.com appears to be the same sort of racket, with a new ad to pay $300 for Takedown Hammer’s services (up from $250).

Why would Mr. Brittain start a whole new site after working so hard to establish Is Anybody Down? Perhaps because with the onslaught of news stories about him, IAD has landed him in a lot of hot recently. Mr. Brittain may believe that by switching to a new domain, he can start fresh.

Hiring Men on PlentyofFish to Obtain Nude Images for the Site

A source alerted Betabeat to the fact that Mr. Brittain may have been actively hiring posters to obtain nude photos to populate Is Anybody Down. On September 21, 2012, an ad appeared on IAD for a “content acquisition specialist.” The ad reads:

This is a commission-based position where you will be involved in the acquisition and submission of content to IAD as an independent contractor. No experience is necessary, we will train you. You must be 18+ and have valid identification information. Your information will be kept confidential. If you are or have ever been a member of law enforcement, any federal agency, etc. you are ineligible for this position and cannot contact us. For more information and to apply, please contact jobs@isanybodydown.com

One victim, who spoke to Betabeat under condition of anonymity, believes that this is how her photos ended up on IAD. She met a guy on PlentyofFish.com, whom she spoke to and hung out with for three weeks before he asked her to send him nude photos of herself.

“I of course wanted to make him happy, so sent him some topless pictures,” the victim told Betabeat. “He ended things shortly after and on March 6th, almost a month after i sent him the pictures, my phone was beeping rapidly with new text messages all from numbers I didn’t know.” The photos that she had sent exclusively to the man she had been dating from Plenty of Fish had ended up on Is Anybody Down, and strangers who had seen her photos on the site began harassing her by calling both her cell phone and her work number.

“I answered the phone and a man was asking to speak to me and asked me if I knew there were nude pictures of me on a website called isanybodydown.com?” she continued. “I had just found out through all the texts messages and now men were calling my job looking for me. They asked my coworkers if I was attractive and if they wanted to see me naked.”

The source believes that the man was hired by Is Anybody Down to court women and coax them into sending him naked photos. Once he obtained them, he abruptly ended the relationships and uploaded them to IAD.

Perhaps by switching to a new domain, Mr. Brittain believes he can escape potential legal consequences (one source told Betabeat a civil case is in the works against Mr. Brittain), but victims’ rights advocates are hopeful that mounting media pressure will thrust him into the spotlight just enough to spur a police investigation. 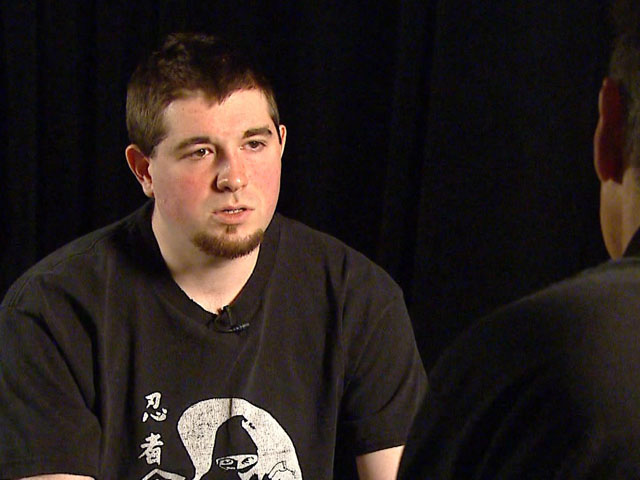