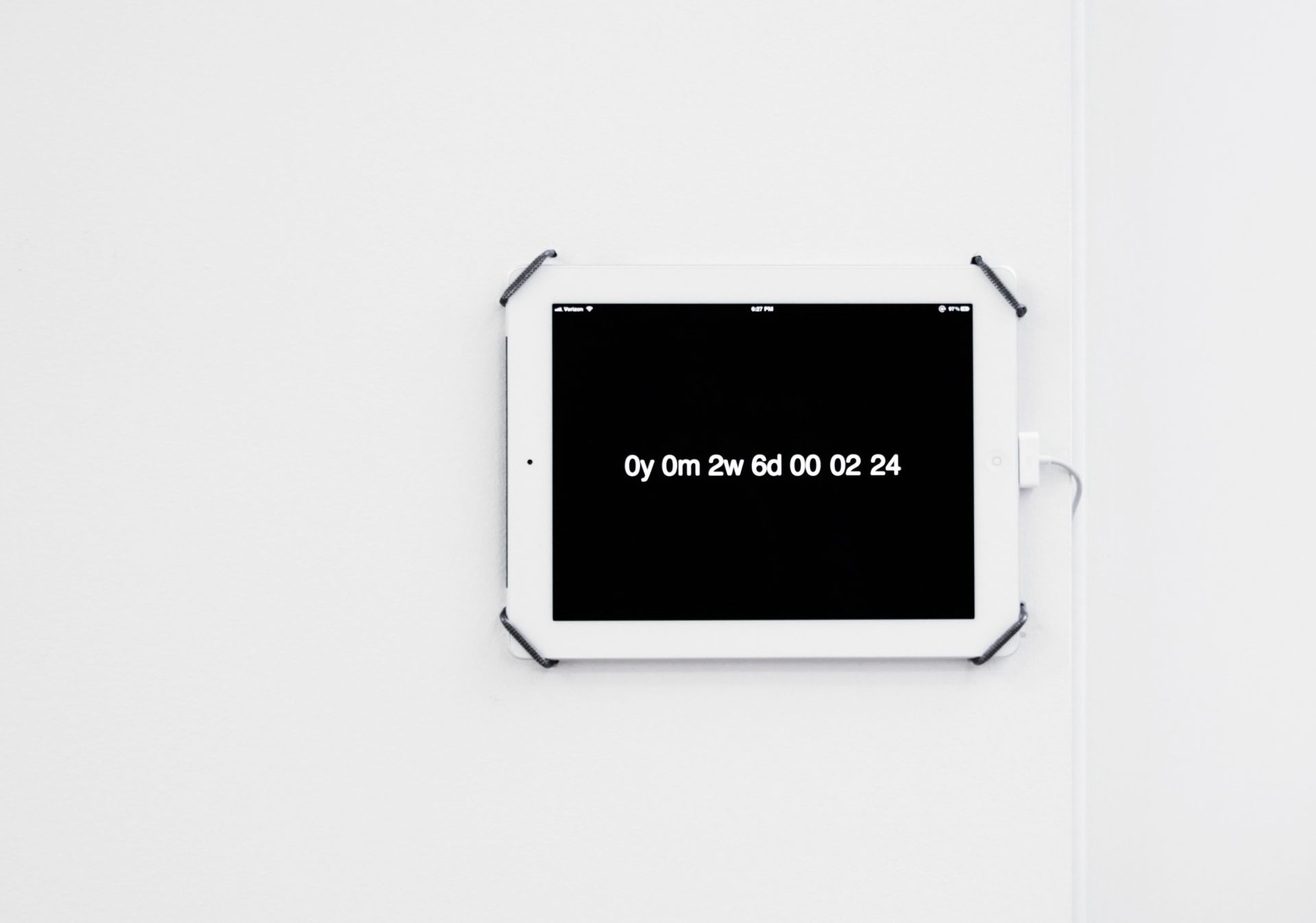 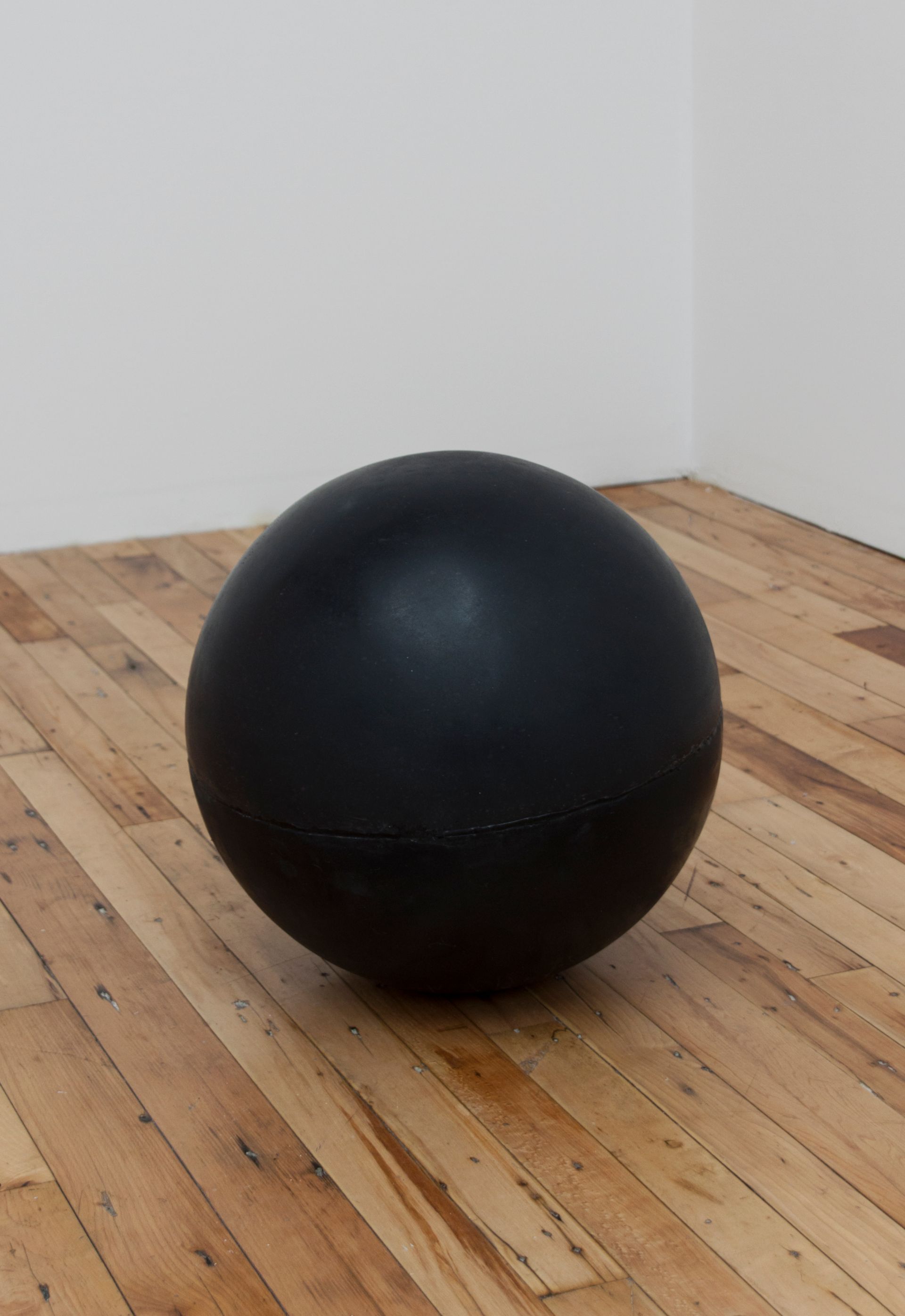 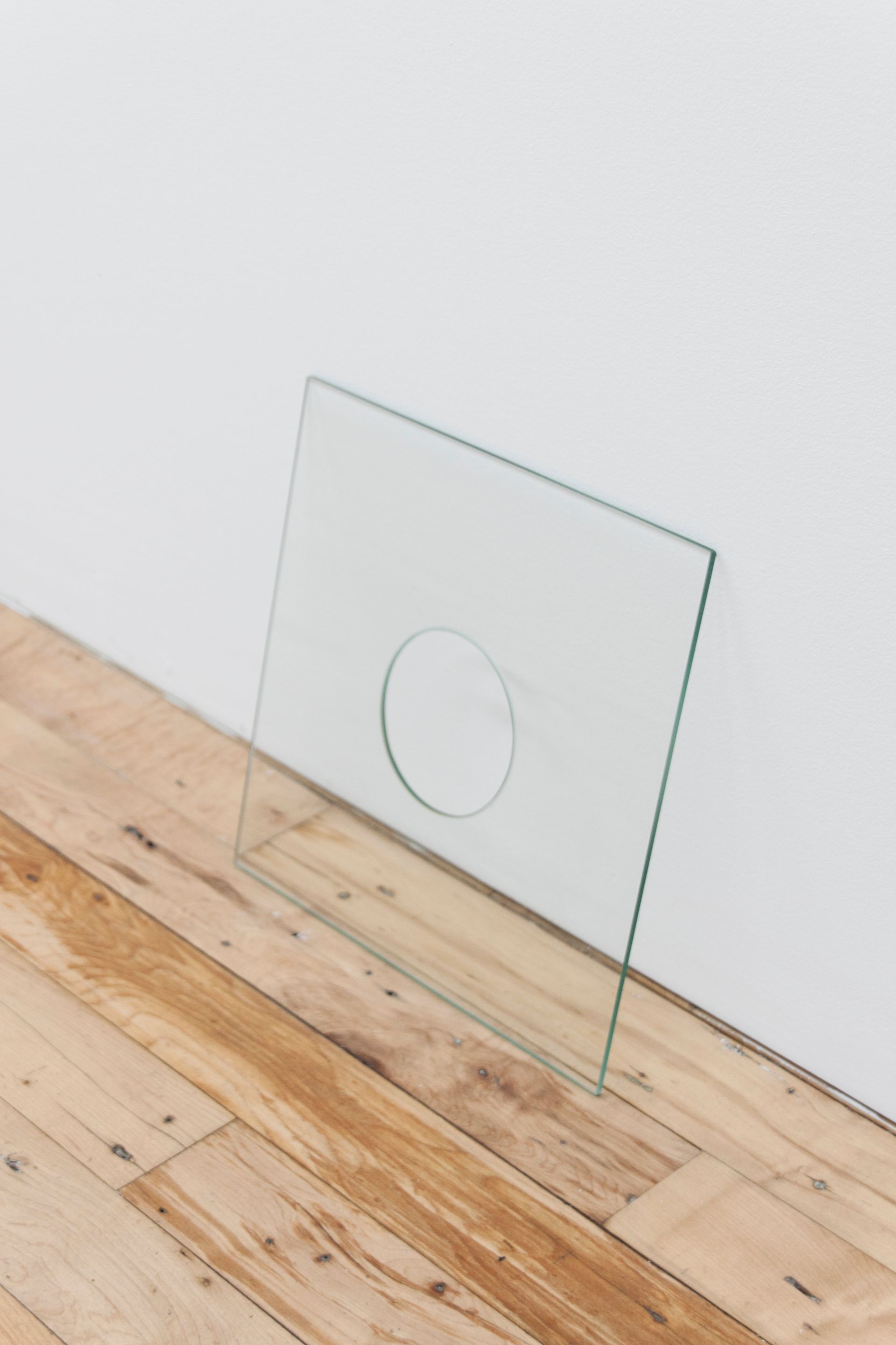 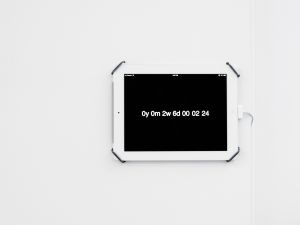 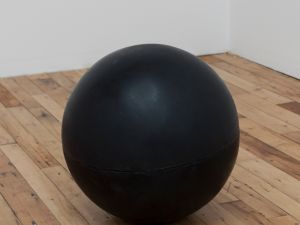 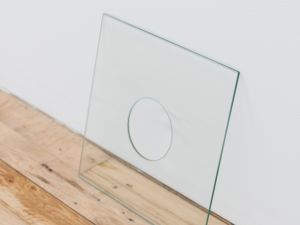 Looking in a mirror, you may suppose that your image has been flipped from left to right over an axis dropped from the top of your head. In fact it’s flipped from back to front, and the axis hangs between image and viewer. To demonstrate this, Damon Zucconi takes a 28-inch-square sheet of Plike, a plastic-impregnated archival paper, and prints each side with four complementary colors filling the four corners, turns the Plike 45 degrees and folds its corners over the edges of a 24-inch-square sheet of window glass. Printing the same colors in the same order on each side means that it’s a red flap folding over a green square, a green over a red, and so on. The result, Tetradic Edit, is at once a counterfeit piece of Minimalist art that functions as a genuine piece of Minimalist art and an elegant diagram of the inadequacies of language. The ordinarily irritating propensity of glass to turn mirror when hung against something opaque is co-opted into the mechanism, along with any number of Jacques Lacans and Roland Barthes; another version of Tetradic Edit, this one with the paler-than-pale tints of an Agnes Martin, is like a depersonalizing arrow looping into self reflection. But calling the piece a diagram does it an injustice. On its face a scientific demonstration that mind and matter are like apples and oranges, Tetradic Edit leaves a more mystical sense of the inherent upper limits of the human imagination like an afterimage on the gallery’s fluorescent-lit white walls.

A yearning for the kind of steady timelessness easily achieved by any cave painting of a bison has attended writing from its very beginnings, but failing that, we settle for making it reversible—with clay tablets, palimpsests or a Brother electric typewriter. Complementing the Tetradic Edits are four text pieces, each titled Corrasable after the brand name of a mid-century erasable typing paper on which Mr. Zucconi picks out phrases in the “Arpabet,” a phonetic transcription code developed by DARPA for speech synthesizers. “I know it’s all been done before,” says one, rendered back into English, but “I want to do it again.” Language and image converge when we see them both fail in the same way. (Through June 9, 2013)