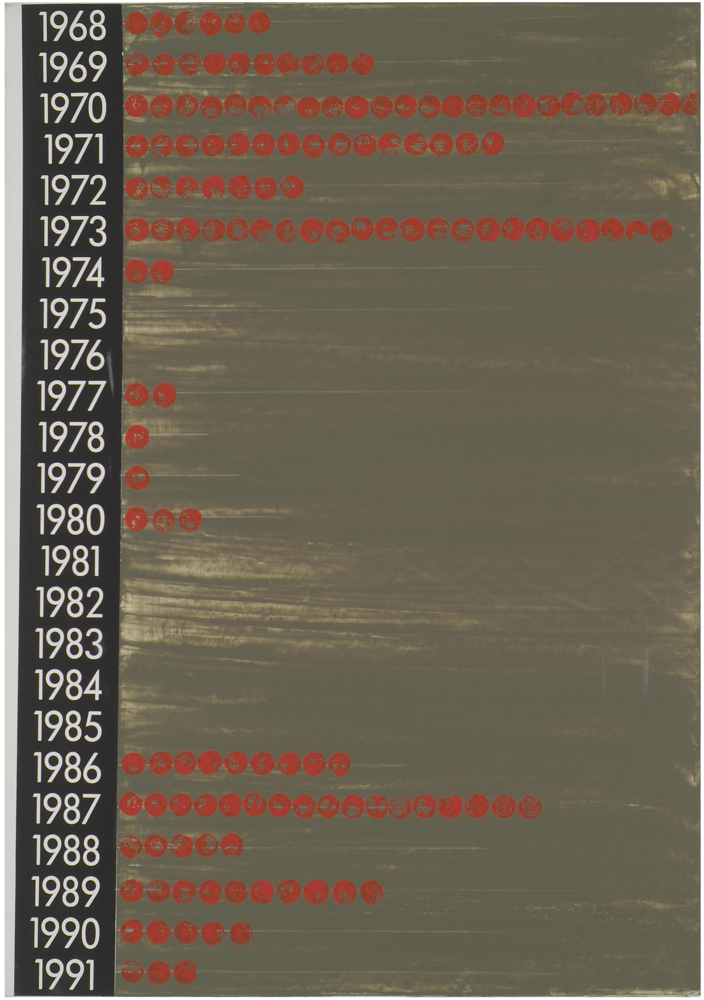 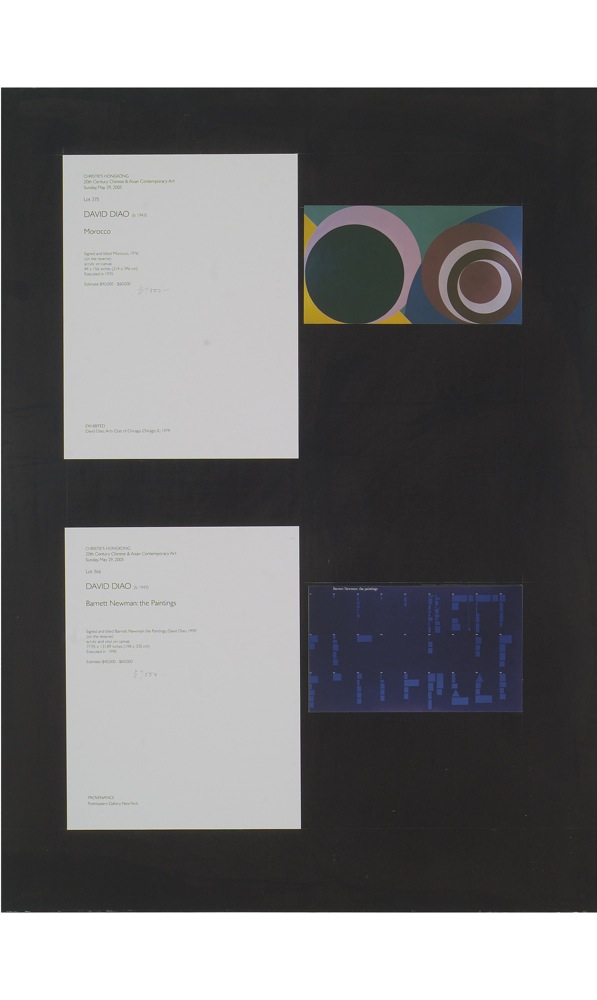 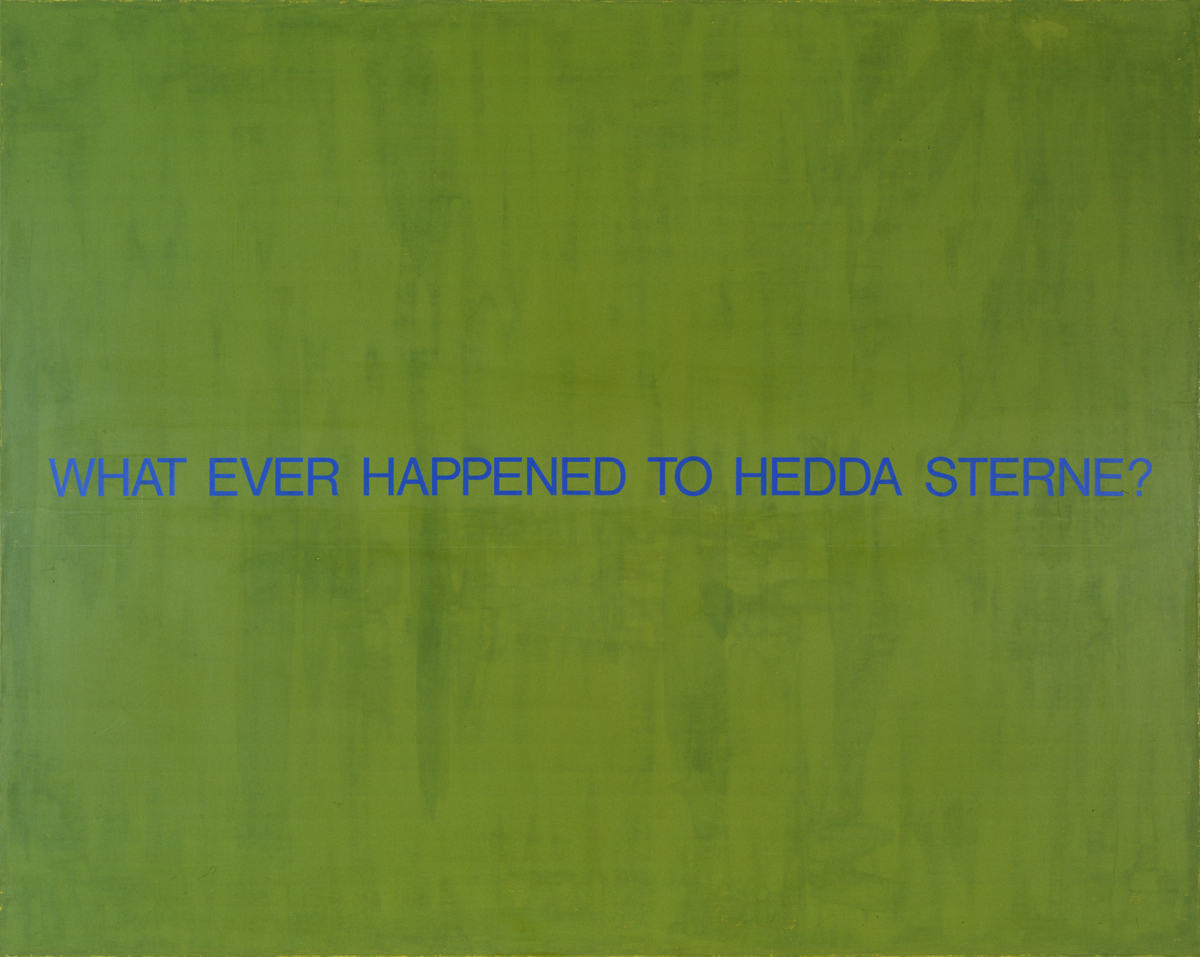 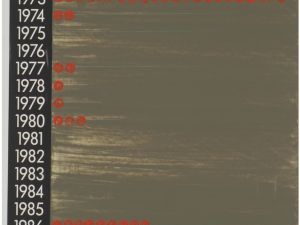 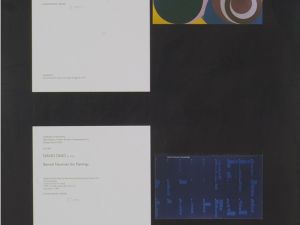 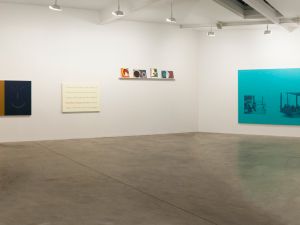 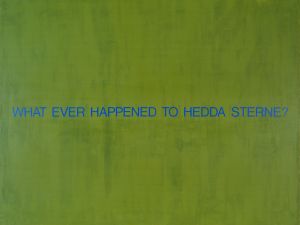 In an art world that equates money with success, the conventional wisdom is that there are few things more humiliating for an artist (and his or her dealer) than an artwork going up on the auction block and very publicly flopping. The iconoclastic artist David Diao has made such a moment a key element in Twice Hammered (2011), one of the paintings in his witty show at Postmasters, his 11th with the gallery. The painting is a diagram, with a miniature version of his 1990 work Barnett Newman: The Paintings—itself a painted chart of the Abstract Expressionist’s complete oeuvre—and its auction catalog entry when it was offered on the block in May 2005 at Christie’s Hong Kong with an estimate of $51,000 to $77,000. The lot had no reserve—the lowest price at which the house will sell the work—and his painting was hammered for the price scrawled at the bottom of the page: a measly $7,000 ($7,715 with buyer’s premium).

Mr. Diao has long been concerned with the afterlife of paintings—the journeys they go on after they leave an artist’s studio and the meanings they take on along the way. This approach has become fashionable lately, and Yale art historian David Joselit has termed it “transitive painting.” Mr. Diao stands out for bringing a great self-deprecating panache to the project.

Some of the history, as recounted in the Postmasters show, is real, and some of it is fiction. Yes, one of his early abstract paintings once hung in a boardroom at MoMA, a moment he has memorialized by painting it across a silkscreen of those rooms. But, alas, he has never had a MoMA retrospective—the trustees declined to acquire that piece—and so the invitation for a 40-year Diao retrospective at the museum, depicted in one, is fake. (It’s modeled on a card for a Picasso exhibition at MoMA.) And he never had the $550,000 market triumph depicted in the painting Auction Record (2011). Sales (small) (1991) shows his actual market performance up to the year of its making—a peak of 24 sales in 1970, with a dry spell from 1981 to 1985, when he stopped painting.

A 1993 work that looks like a Richard Prince joke painting—blue capital letters on a green monochrome—also addresses art history, though of a more sweeping variety (and demonstrates his skill as a colorist). It reads, “What Ever Happened to Hedda Sterne?” Though she was the lone female Ab-Ex painter to pose for that famous “Irascibles” photograph, Sterne was virtually unknown for most of her life, but her work enjoyed a very slow, modest rise in recognition in the years leading up to her death in 2011. The message of Mr. Diao’s painting today could very well be “keep working.”

As it happens, Barnett Newman: The Paintings is set to hit the block again, at a Shanghai auction house on April 6, this time with an estimate of roughly $16,000 to $28,000. Regardless of the result, it’s clear that Mr. Diao is going to have a ball dealing with it. Here’s hoping it ends up in the right hands.