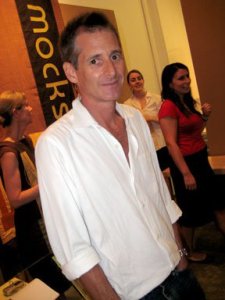 David Platzker, the founder and president of the project space and bookstore Specific Object, has been appointed a curator in the department of prints and illustrated books at the Museum of Modern Art.

Mr. Platzker served as the executive director of Printed Matter from 1998 to 2004. In addition, he  served as curator to Claes Oldenburg and Cossje van Bruggen, producing the catalogue raisonné Claes Oldenburg: Multiples in Retrospect 1964-1990. (MoMA currently has a solo exhibition of Mr. Oldenburg’s work on view.)

In 2004, he started Specific Object, which specializes in the publications and works of pop, minimal and conceptual artists. (They hosted an “exhibition” of Robert Barry’s Closed Gallery in 2011 and also organized a historical retrospective about the controversial 1974 Lynda Benglis Artforum ad, among many other excellent shows.) Specific Object will close when Mr. Platzker begins his post at MoMA in mid-May.