Now that Jay-Z is starting a sports talent agency, it looks like he might have to offload his stake in the Brooklyn Nets if he wants to rep NBA players. HOVA no doubt has plenty of interested buyers knocking on his door, but the most public enthusiast is a familiar face from the New York tech scene: Reddit cofounder Alexis Ohanian.

SB Nation reports that the would-be President of the Internet expressed his interest in a recent TV appearance:

“‘You’re a big Nets fan,’ noted Bolton. ‘Jay-Z has to sell off his stake which is pretty small. Would you buy it?'”

‘Absolutely,’ answered Ohanian. ‘In fact, I have tried to make as many public and private overtures as I can to let HOVA know that I would absolutely be honored to buy those shares.'”

It wasn’t Mr. Ohanian’s first mention of the notion; he tweeted about the possibility last week. A Brooklyn native, he already holds season tickets. And as you can see from the picture above, which he uploaded to the SB Nation discussion thread, he’s already got the gear. (/r/NBA has already gathered around the digital water cooler to discuss, naturally.)

Sounds like Steve Ballmer’s got a little competition for the crown of tech’s top NBA fan. 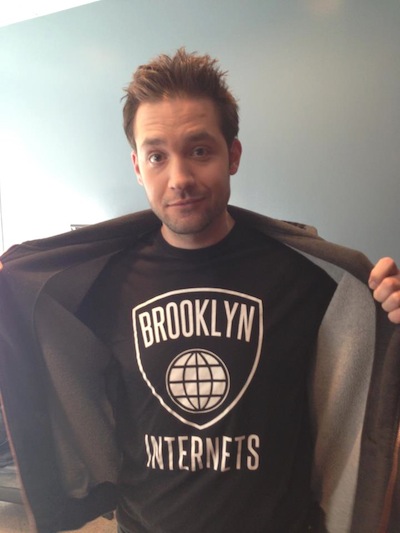