Renegade Democratic gubernatorial candidate Carl Bergmanson said he plans to fight a challenge by the Democratic State Committee to the validity of his petition signatures.

The candidate – a former Glen Ridge mayor who is running against state Sen. Barbara Buono (D-18) in the June Democratic Primary – said he must appear Monday in Mercerville at the Office of Administrative Law to answer the challenge.

Bergamanson said it was his understanding that the State Committee challenged the legitimacy of all the candidates in the primary race not named Buono.

“The fact that the State Democratic Committee would go after us is an admission that their candidate is incredibly weak,” Bergmanson said. “The fact that it’s the state committee doing this and not the candidate shows what a coward Barbara Buono is.”

“If he had his act together he wouldn’t be going through this,” Wisniewski said of Bergmanson. “He didn’t follow the rules to get on the ballot. It’s his own fault.” 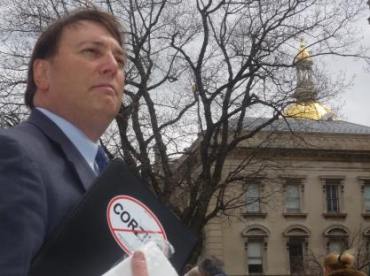