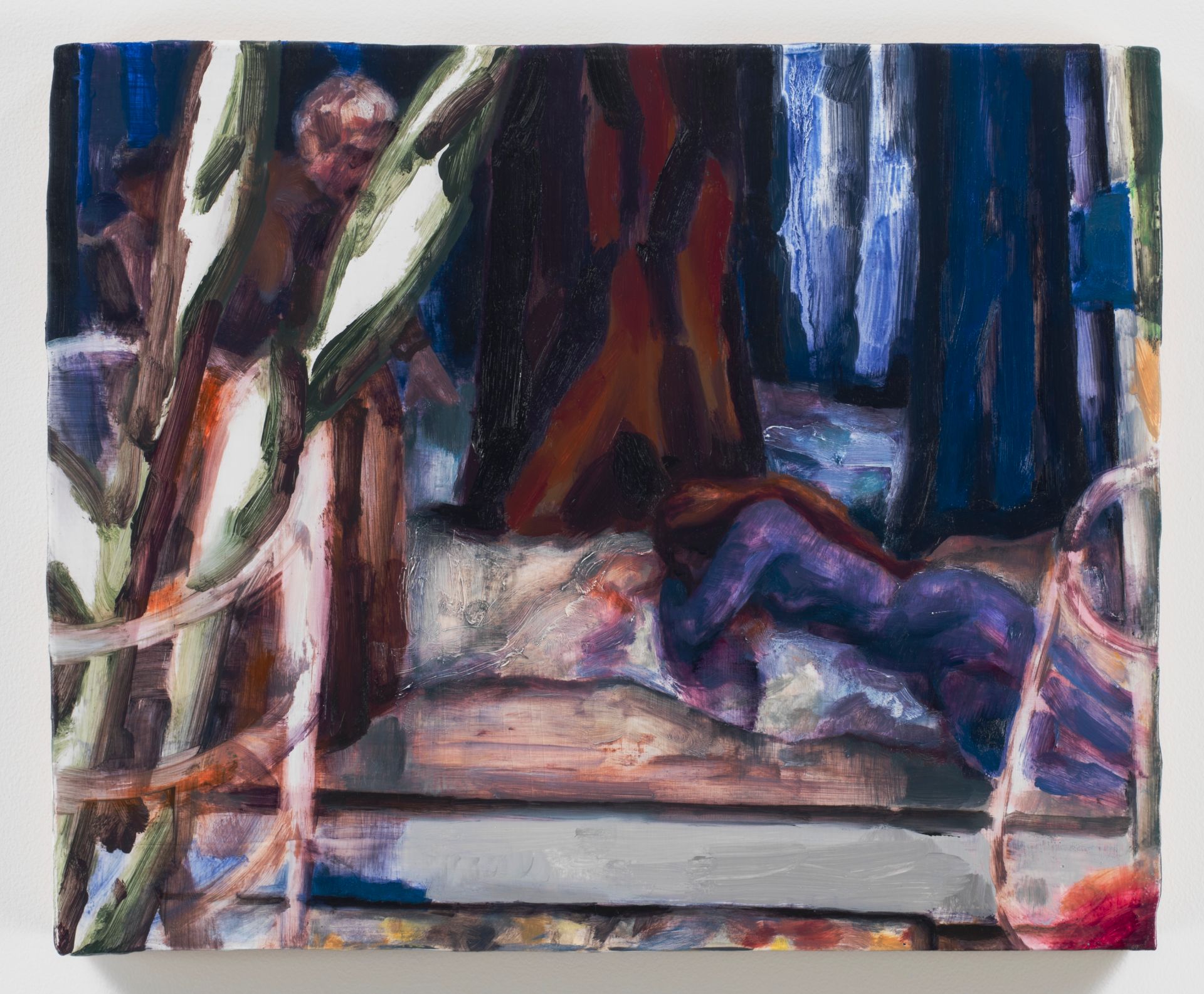 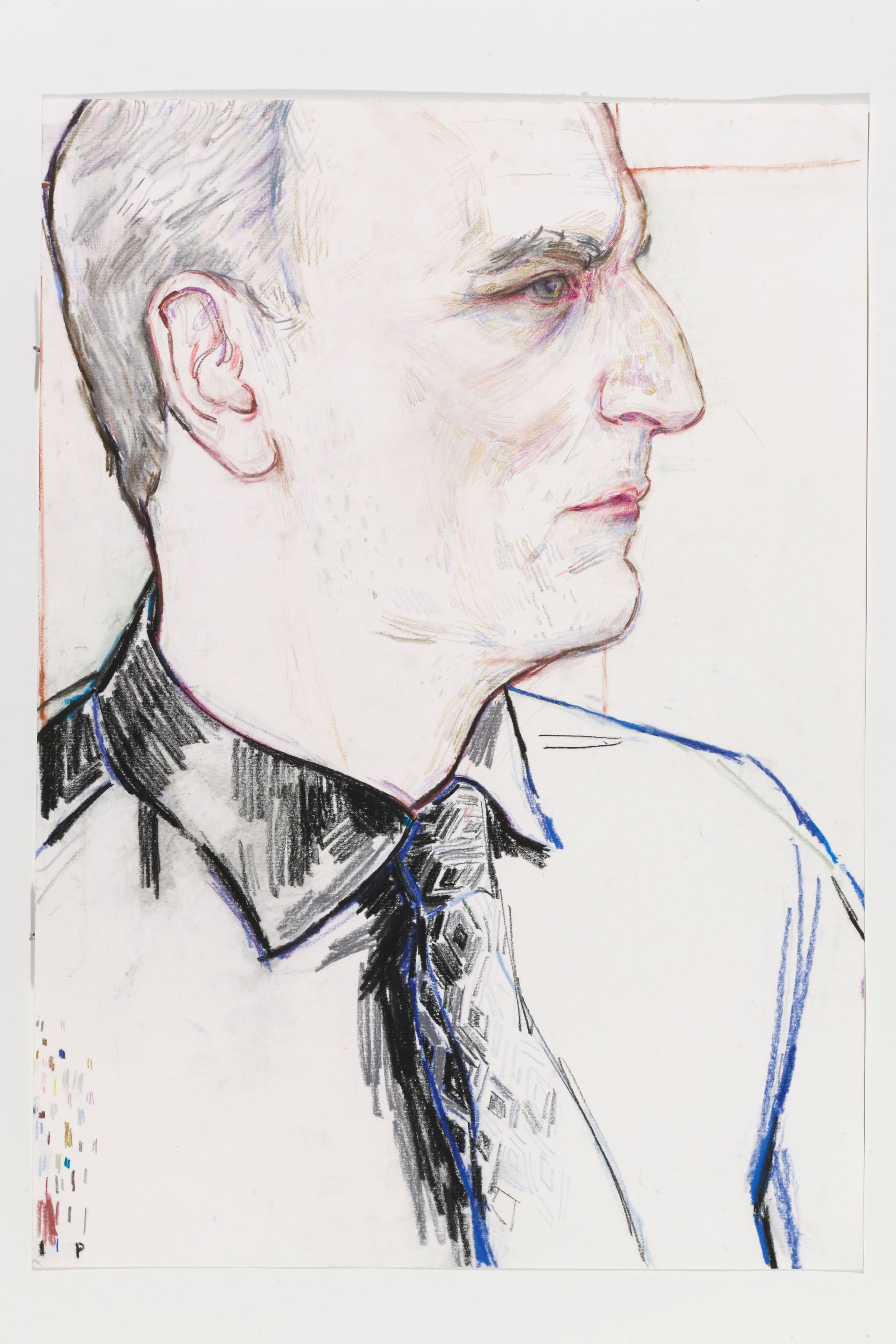 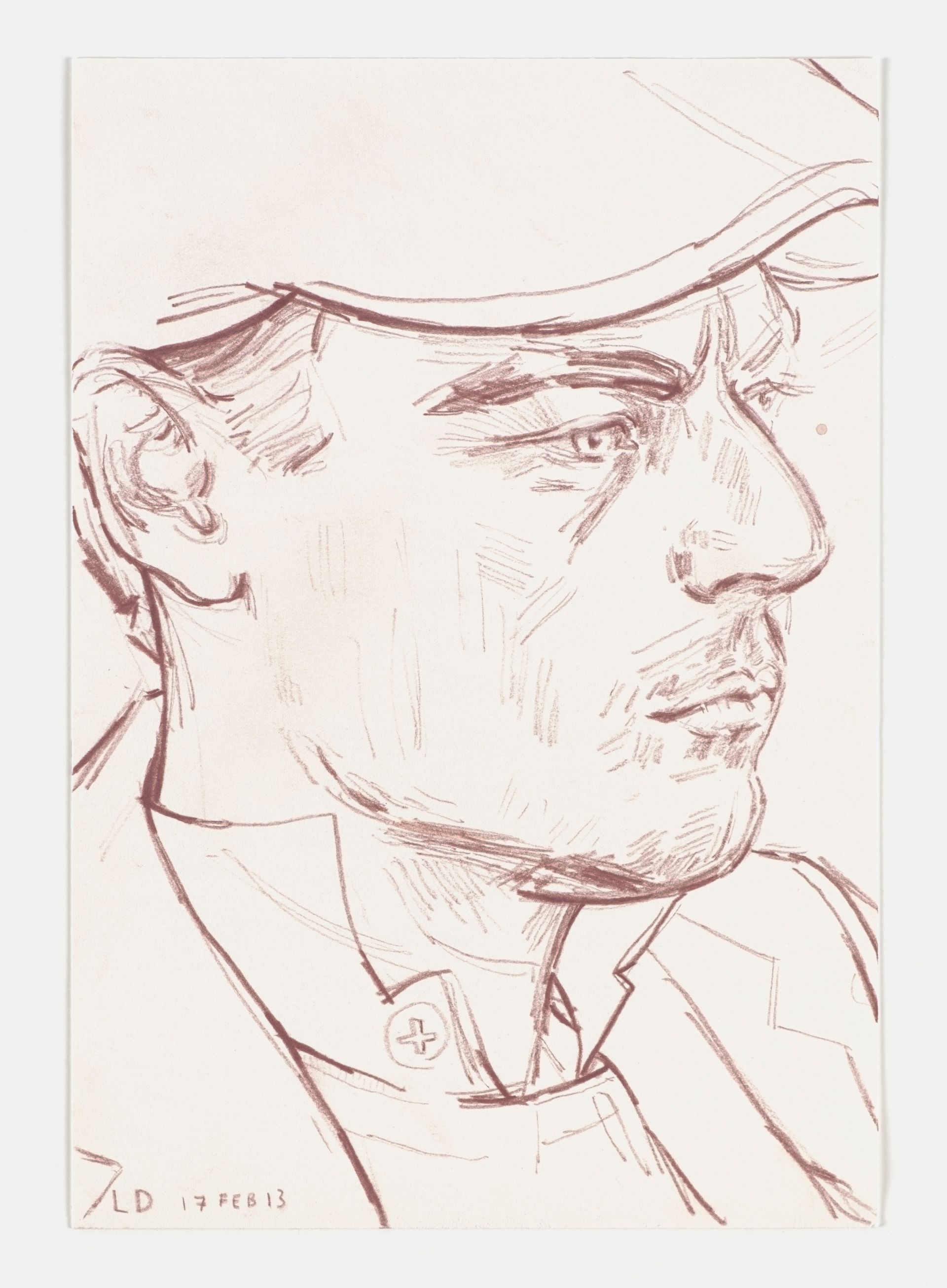 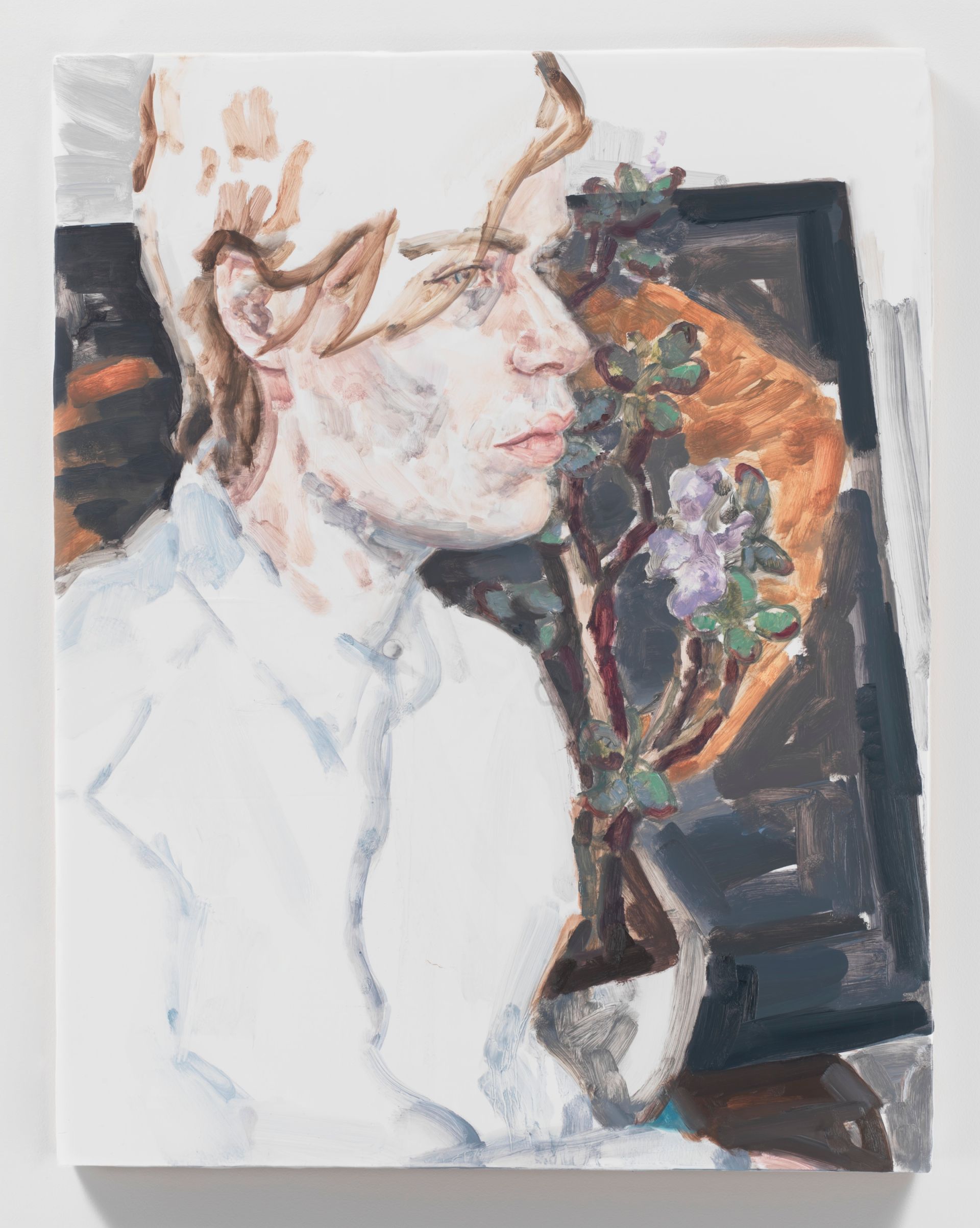 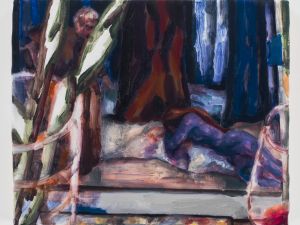 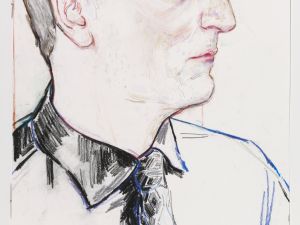 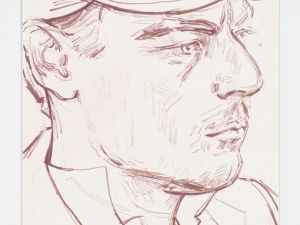 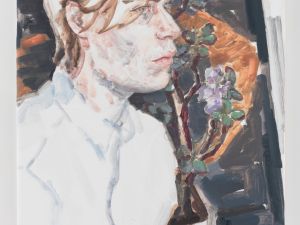 When confronted with a technical difficulty that you don’t know how to handle or faced with a small but black-and-white decision and unable to make up your mind, you can often take refuge in a noncommittal ambiguity. In Elizabeth Peyton’s current show at Gavin Brown’s Enterprise, this strategy works best in watercolor. Jonas Kaufmann, March 2013, NYC, a watercolor just over letter-paper size, is a close-up of the subject’s face, with paper white for skin, as in a blown-out fashion photo, neat inky strokes for eyebrows, carefully placed stains for under-eye shadow and darker stains for the beard. The inherent looseness of the medium, the supple overlap between a stroke, a stain and a drip, lets Ms. Peyton take full advantage of the viewer’s imagination by working within a similar overlap between constructing a figurative image and simply opening the space to project one.

But when the same German tenor is rendered in oil, style and subject are decoupled, and what might pass for elegance with less effort is revealed instead as a thin romanticism. The oppressively slick white space that burns through most of the paintings, achieving balance with the image only in one or two watercolors—especially Klara (December 2012), which tames the blankness by giving it almost half the composition and then corralling it with a few strokes as the subject’s flashing hair—is now skin, wall, brown hair, green shirt and blue jacket, with outlines serving to indicate color. Everything points to the face, as if expression were not supported and produced, but only located, by the material details that surround it. It becomes less the momentary but timeless emotional experience that forms our only incontestable reality and more like the punch line of a joke. But the thing about a joke is that it’s the very opposite of a strategic ambiguity—it either works or it doesn’t. (Through May 13, 2013)