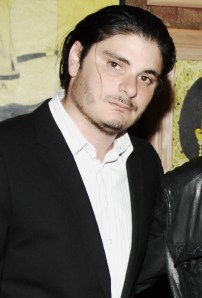 The New York Times reports that federal agents have raided the Helly Nahmad gallery in the Carlyle Hotel on the Upper East side, “as part of an investigation in a gambling operation that focused on a Russian organized crime group that ran high-stakes poker games involving Wall Street financiers, Hollywood celebrities and professional athletes, according to people briefed on the matter.”

Suffice to say the case has major implications for the art world. The Nahmads, Syrian Jews by way of Lebanon and Monaco, have a massive collection of art housed in Geneva, estimated to be worth $3 billion. They’re a ubiquitous presence at auctions and always reliable for a bid.

Two years ago I profiled the youngest member of the family, Joseph, who said his father David encouraged him to play poker in Monte Carlo when he was 16, as a way of learning about business. From that story:

“He thought that by gambling, even for relatively high stakes—not as high as business,” Joe said, meaning art sales, “but high stakes—that I would learn a lot about life, about the real world. He encouraged it. My mom was completely against it but through it I really learned a lot of things—how people are, how people, when they are desperate and have nothing to lose, will fuck you over at all costs.”

The gallery has no comment at this time. Read more at The Times here.