Filed on April 4, the claim alleges that in March of 2011 a “personal conflict” arose between Donovan confidant Alan Marcus and Kazmierczak’s wife, and subsequently Marcus tried to prevail on county government to remove Brown and Brown as the county health insurance provider, which subcontracted Kazmierczak’s firm, MK Insurance Brokers, LLC, at $136,000 annually.

Jeanne Baratta, spokeswoman for Donovan, would not comment. Neither would Marcus.

Ed Trawinski, county administrator for Bergen, denied the allegations made in the intent to sue filed by Patrick J. Bartels of Keefe and Bartels.

“If they sue, there will be a counter suit for defamation,” said Trawinski, who claims he made the decision to pursue another health insurance provider based strictly on county personnel’s dissatisfaction with Brown and Brown.

Kazmierczak has a different recollection of the events that led to his firm’s dismissal at the end of 2012, expressed in his tort claim.

Kazmierczak said Donovan took no action. Neither did Trawinski, according to the claim.

In November of last year, Bartels says Donovan extended the RFQ filing dates for the health care consultant and permitted Conner Strong, a competitor of Brown and Brown, to submit a late application.

Trawinski denied that accounting of events.

“In 2012, I came to know that our personnel department was dissatisfied with Brown and Brown’s performance,” he said. “They did not do a good job in 2012.”

But the Bergen Record earlier this year reported that a series of emails between Brown & Brown and Bergen officials show the county frequently congratulated Brown and Brown for good work. The Record reported county records showing Brown and Brown scoring higher than “Conner and two other companies in an April 2012 evaluation of perspective brokers done by the county’s independent insurance consultant.”

“Nowhere do the emails mention problems with Brown & Brown’s performance,” the report said.

Trawinski denounced Kazmierczak’s characterization of his interview with the county administrator and executive as “a lie.”

When Kazmierczak approached him in 2011, he never said anything about a conflict between Marcus and his wife, Trawinski said. Moreover, Marcus never talked to him about the Brown and Brown contract, he added.

“It’s true Alan Marcus was an advisor and wanted our health insurance done in-house, but it is categorically untrue that Mr. Marcus wanted Brown and Brown fired to be replaced by Connor Strong,” he said. 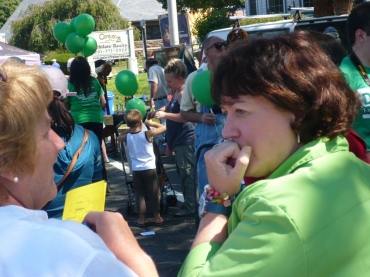