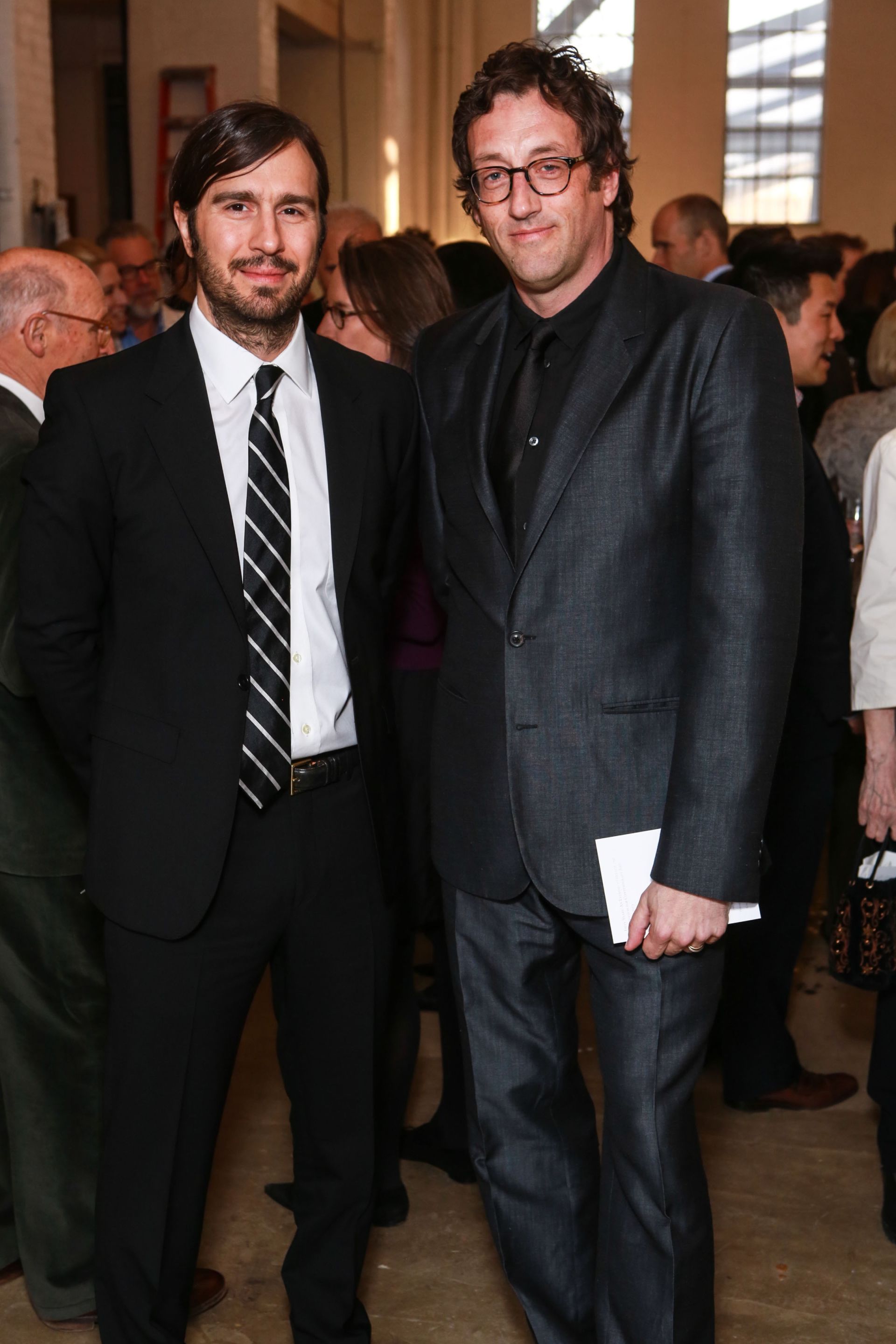 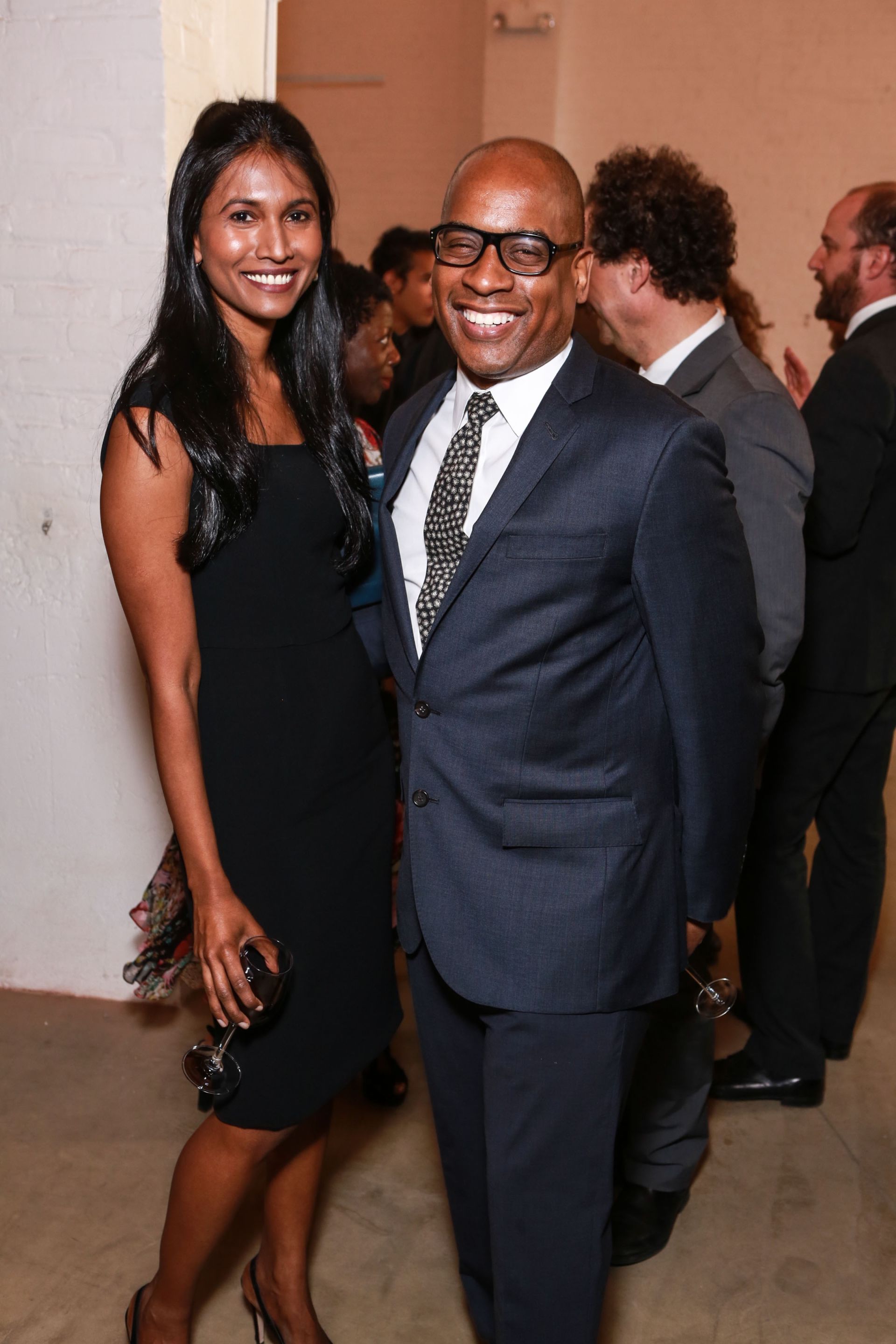 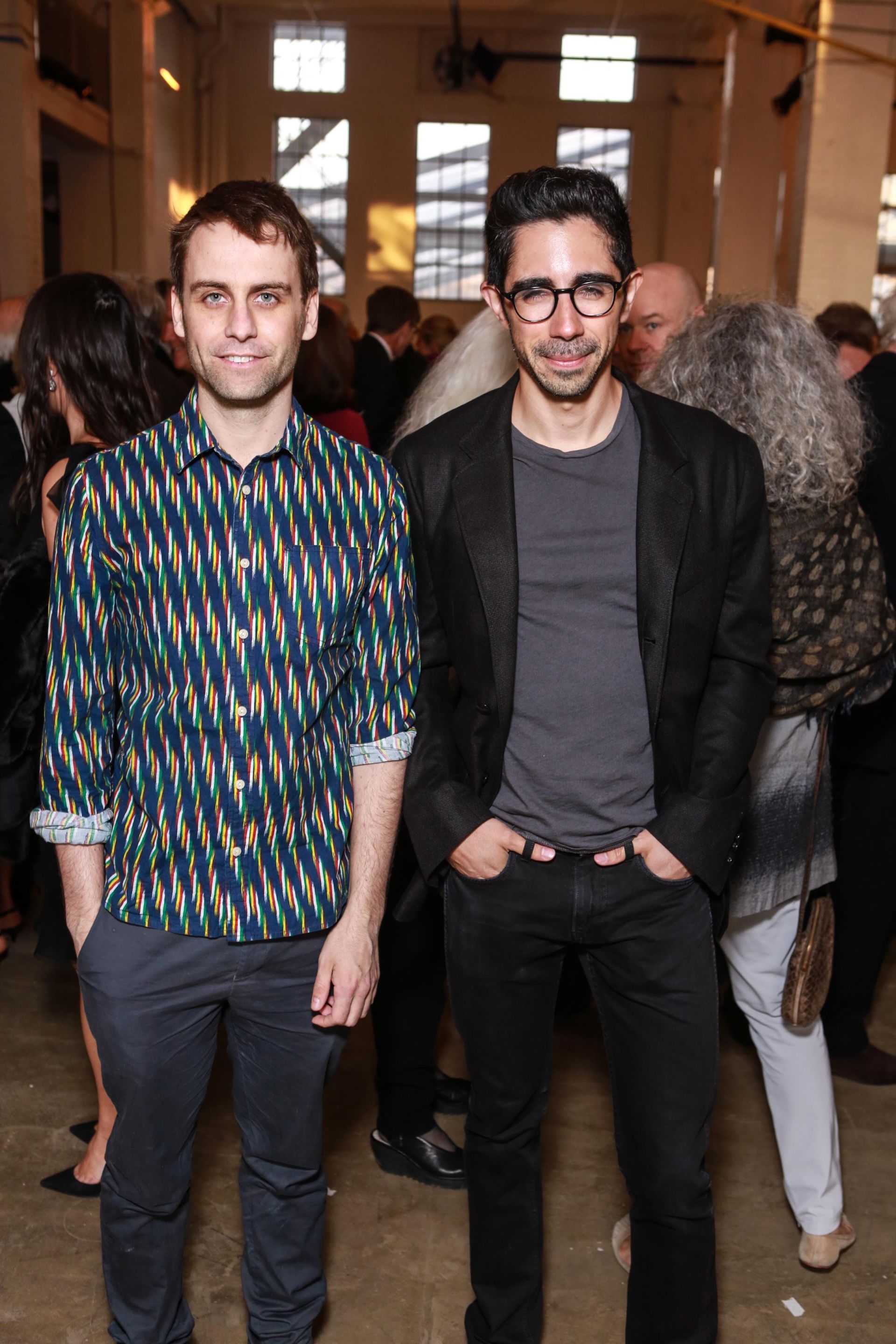 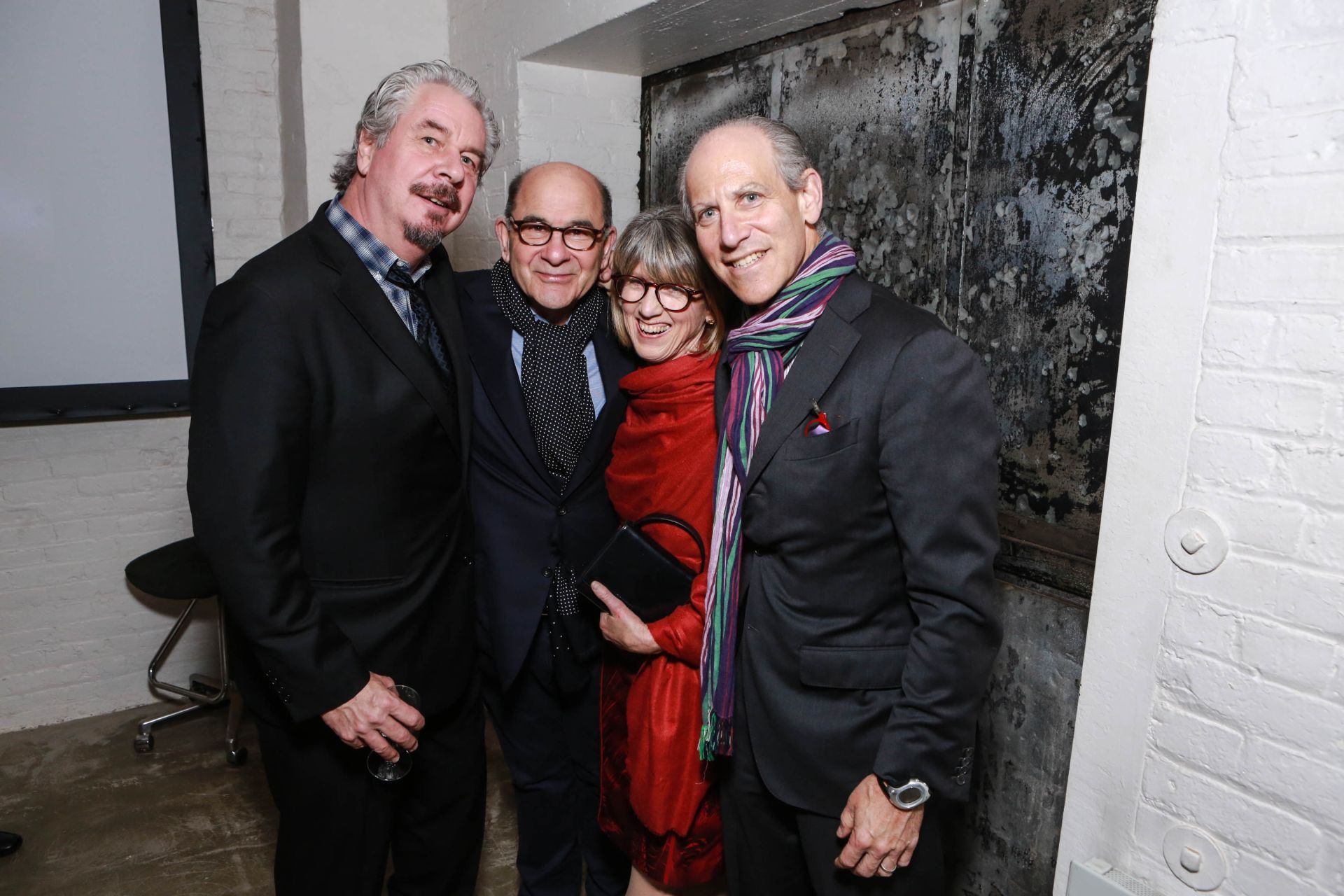 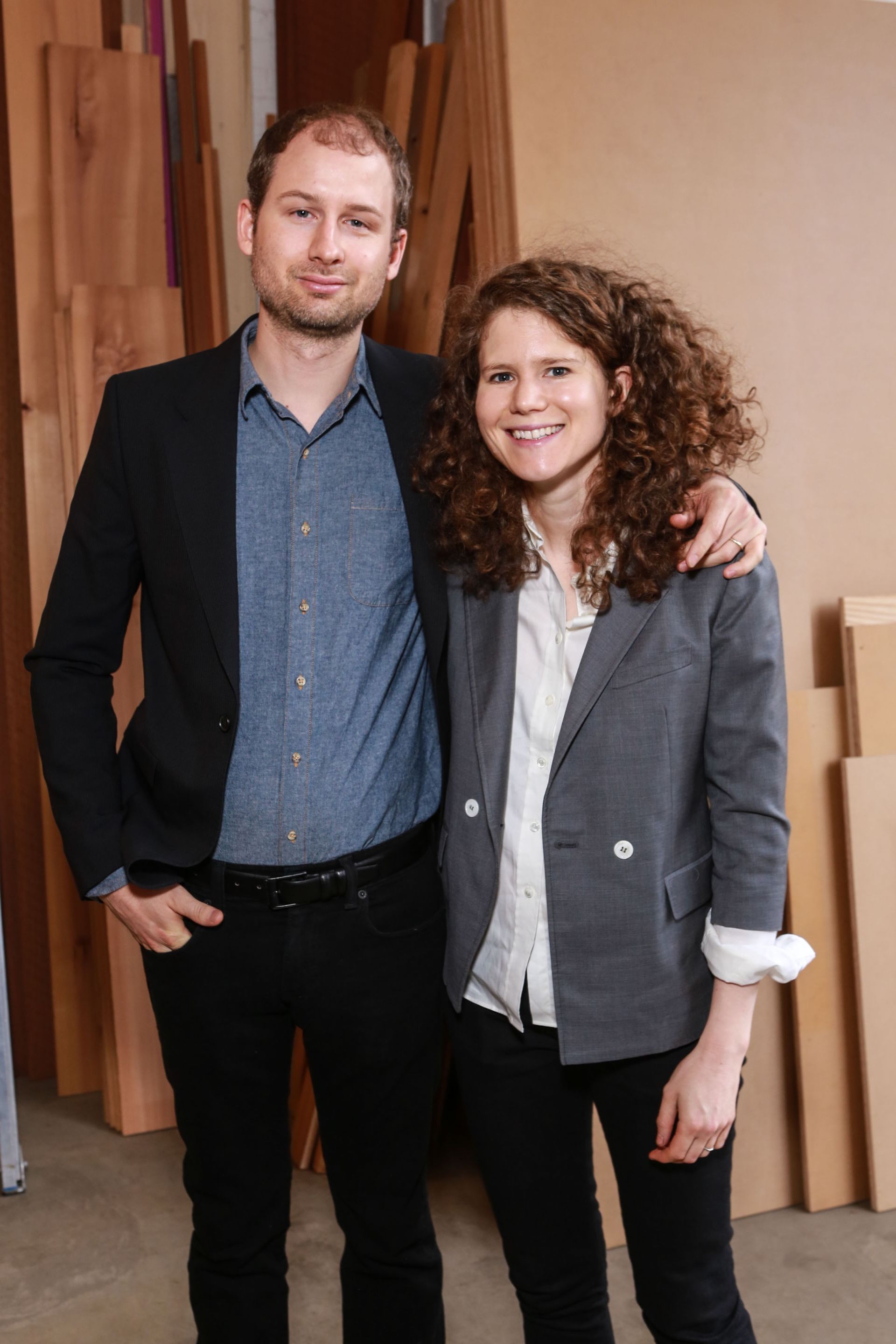 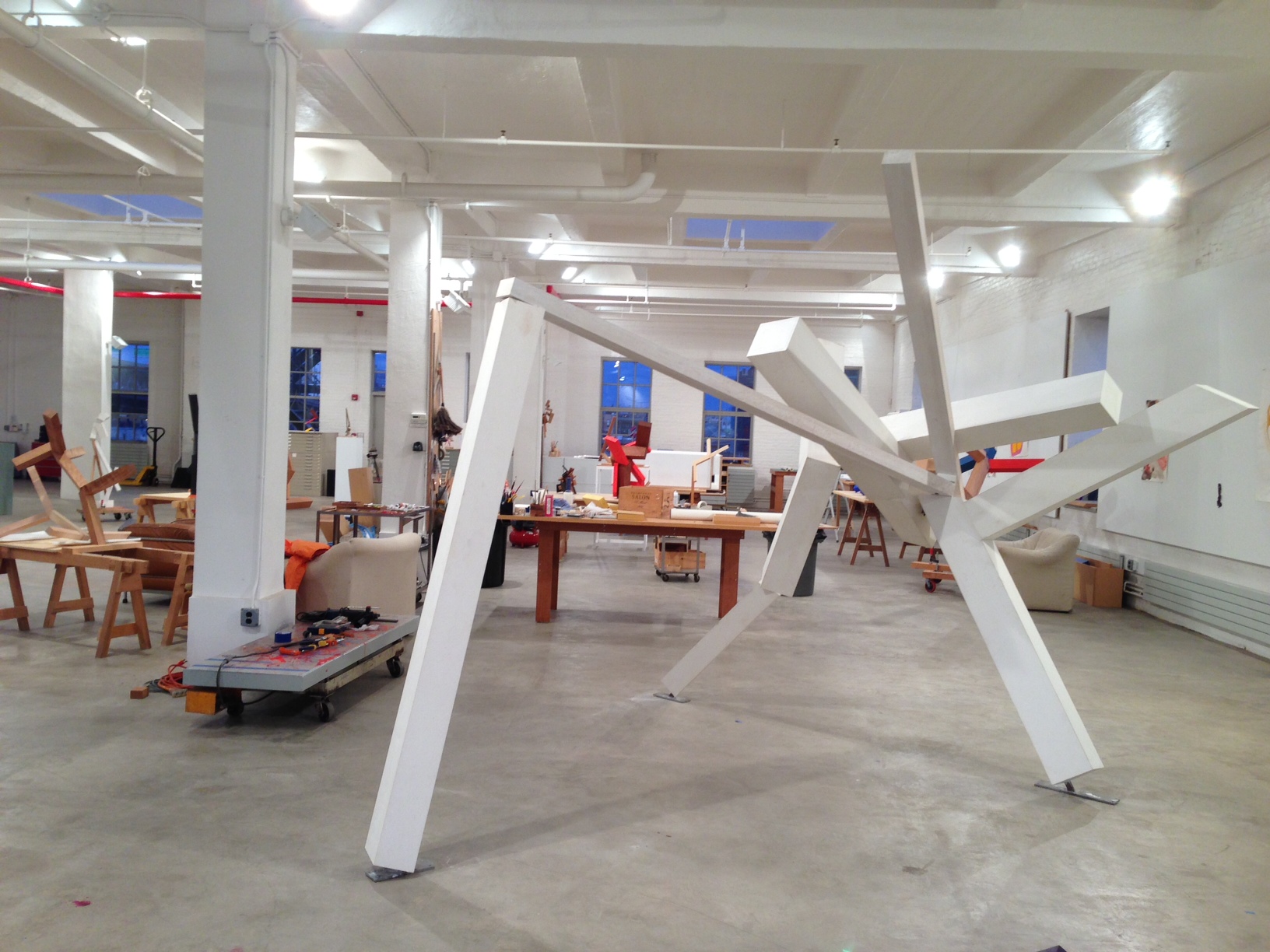 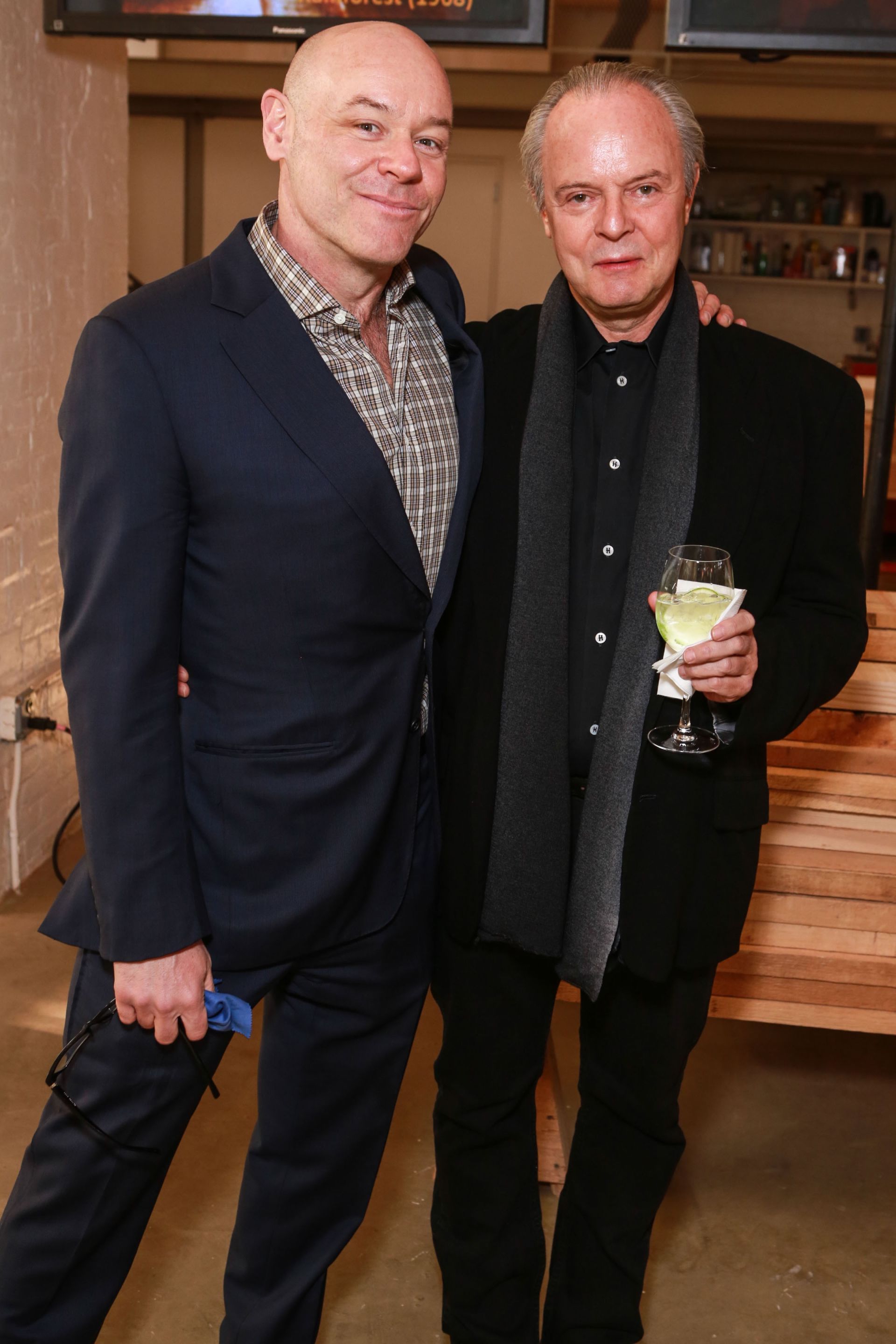 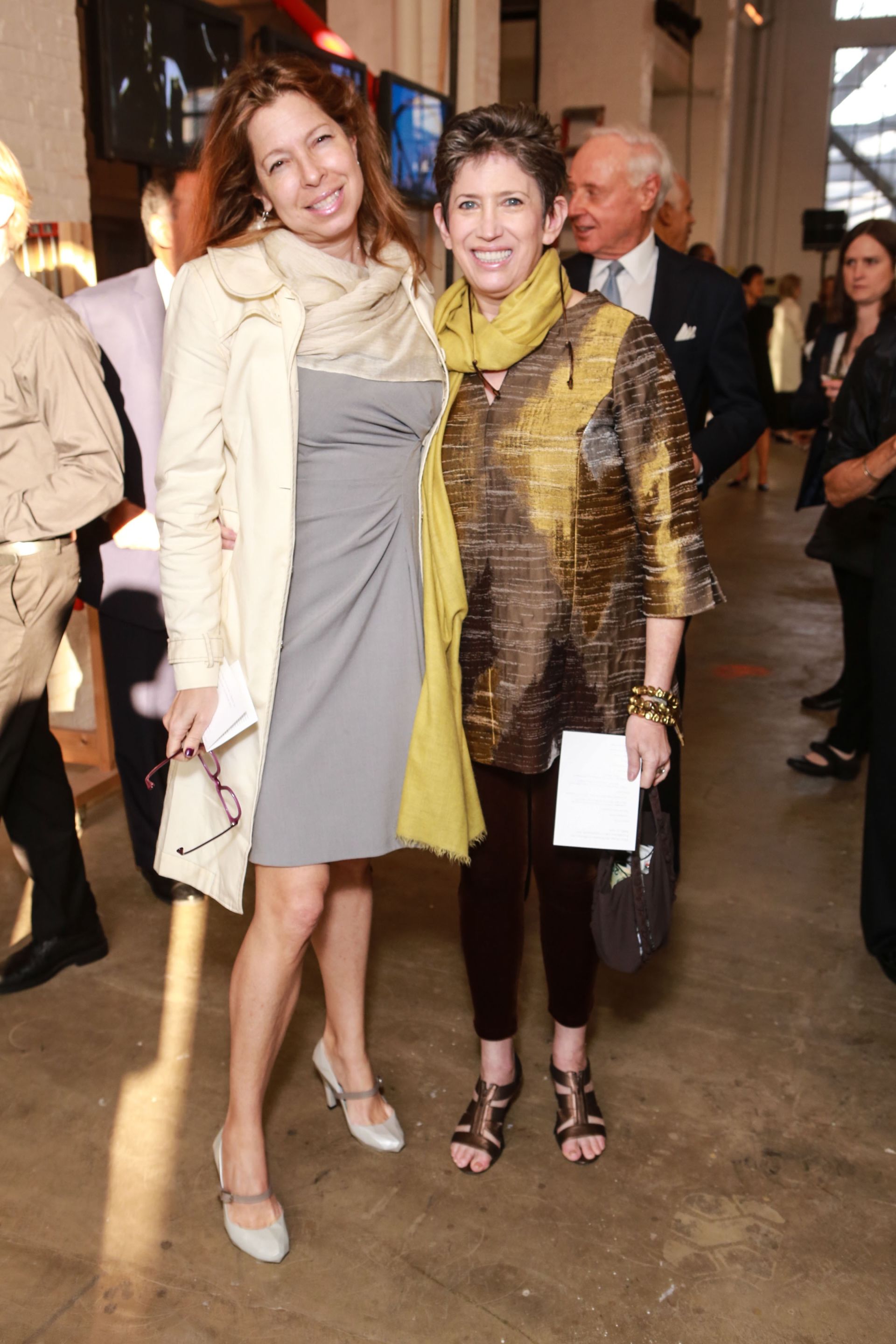 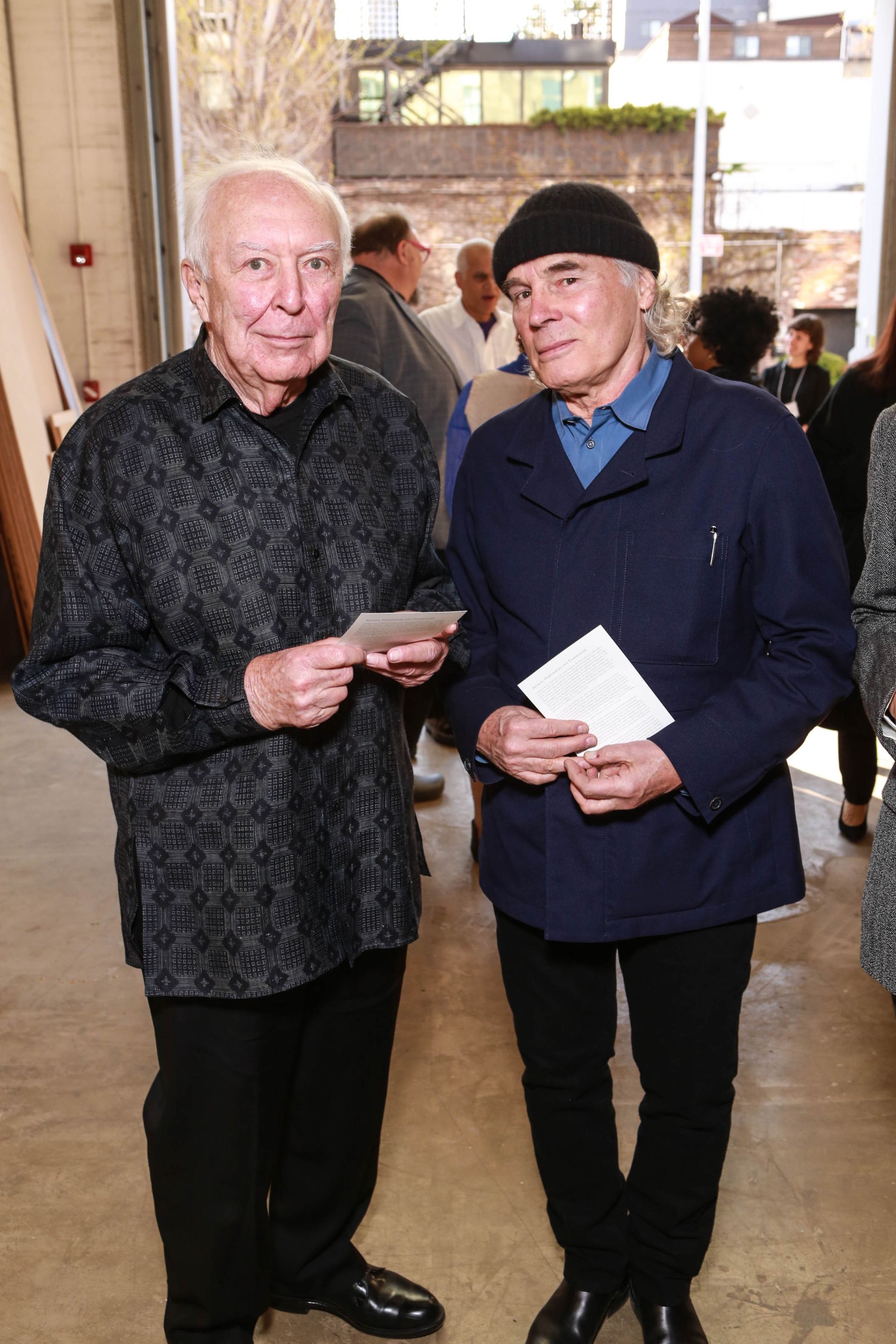 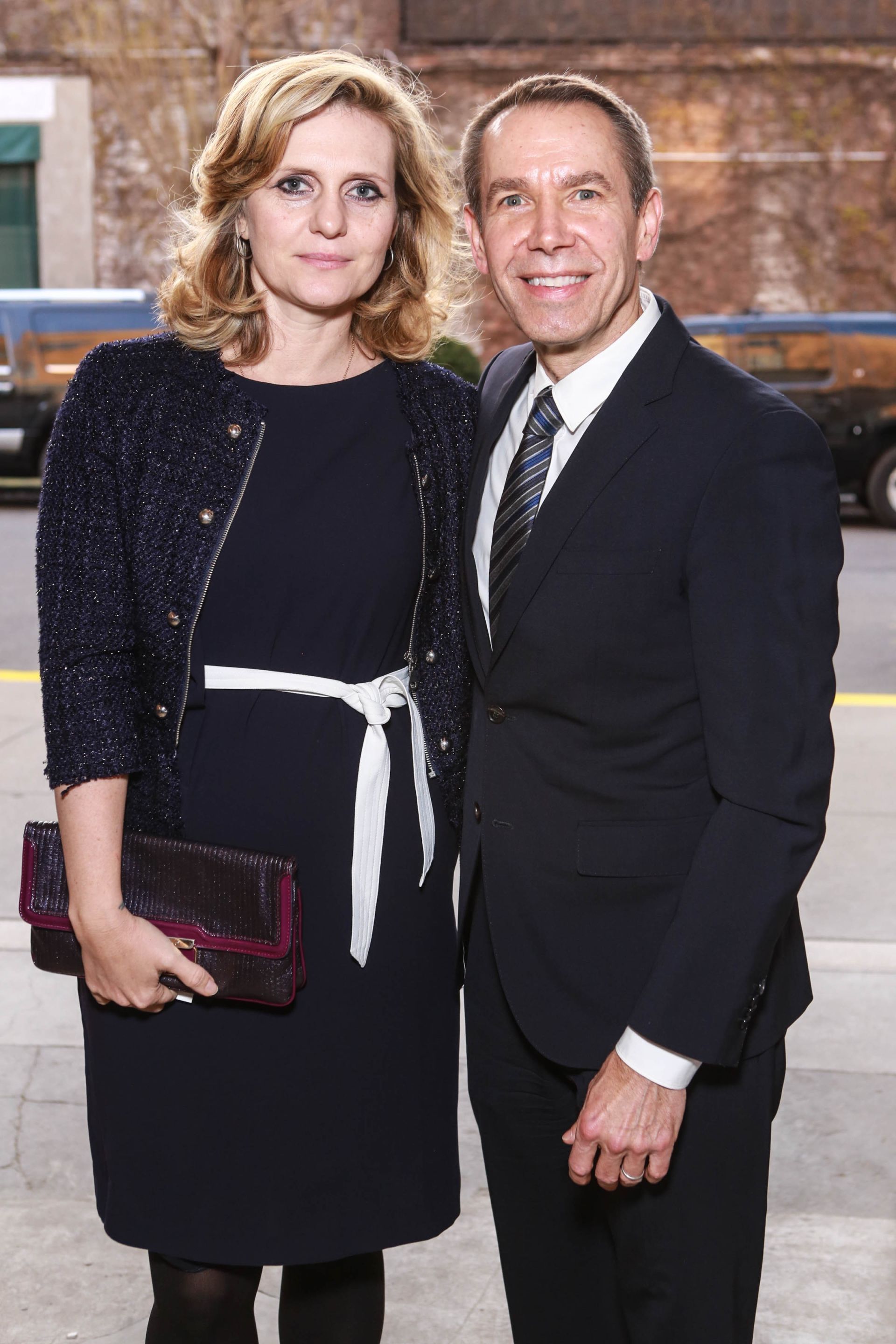 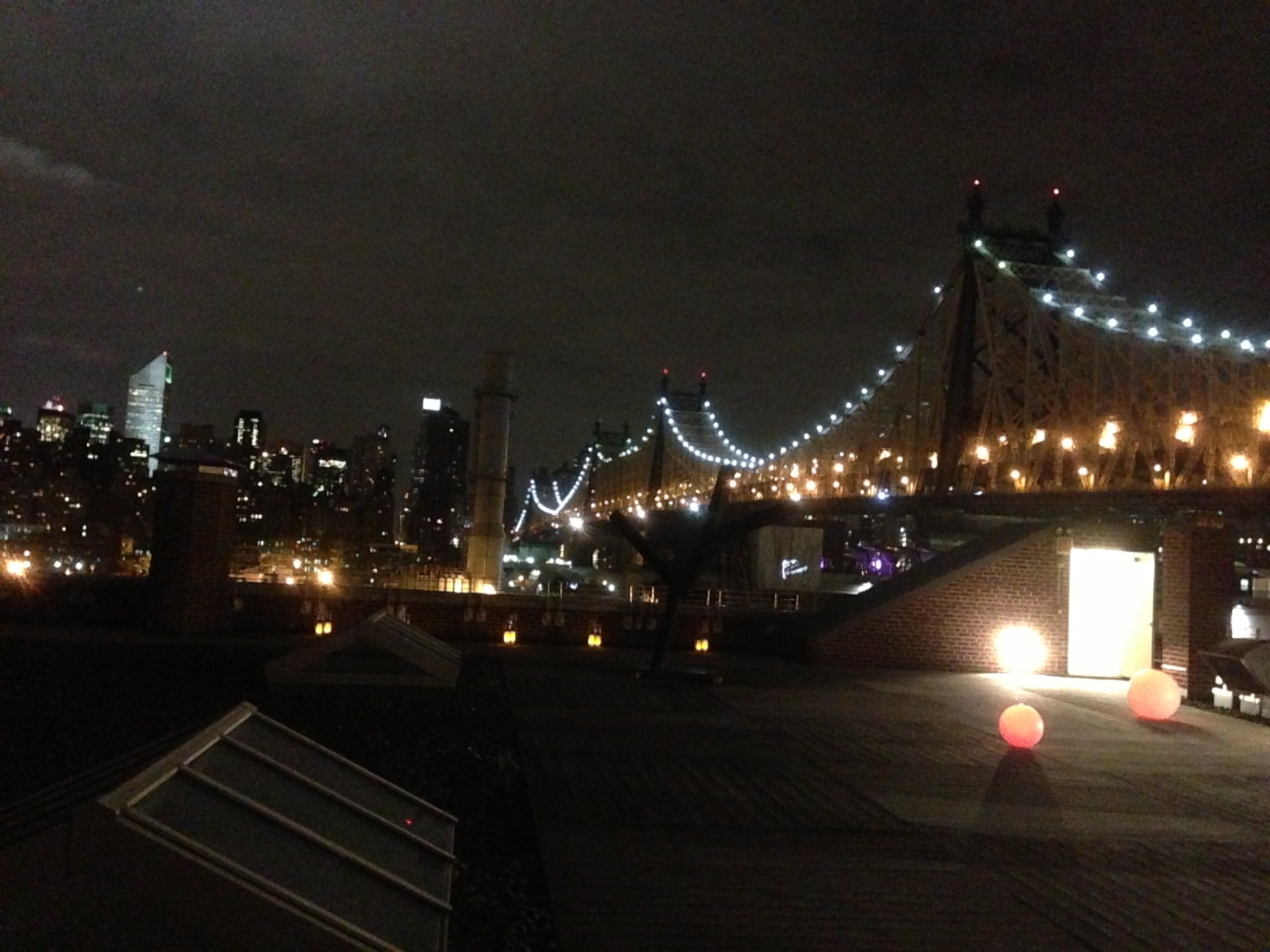 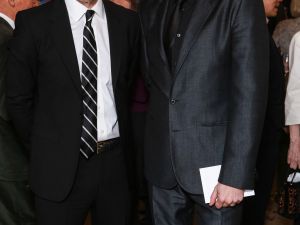 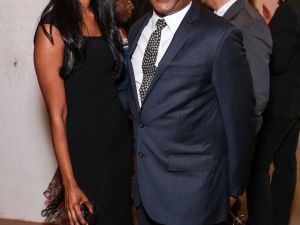 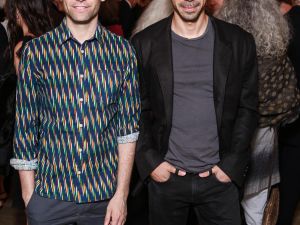 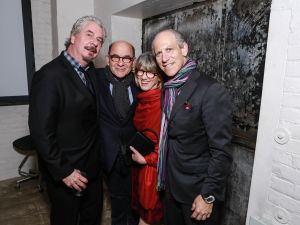 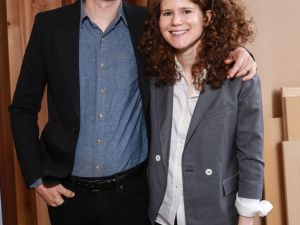 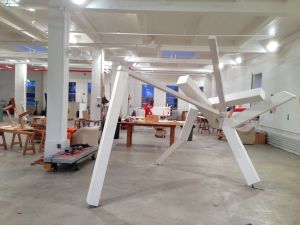 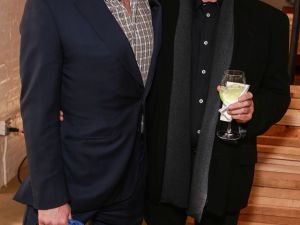 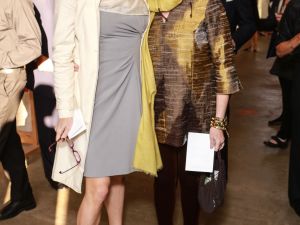 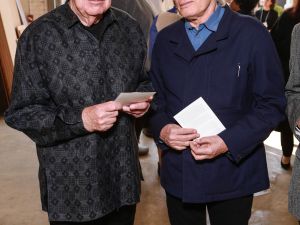 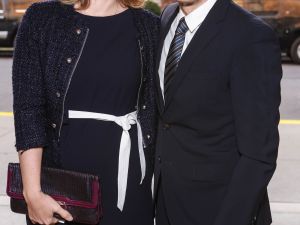 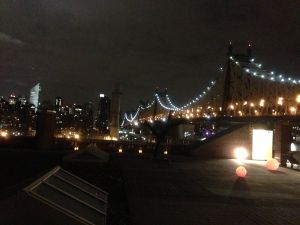 “At moments in your life when you’re working and you’re in the void and you’re quitting, basically,” said choreographer Sarah Michelson, describing every artist’s creative-death-spiral scenario, “you get a sign of something.”

Ms. Michelson was speaking Monday night at the 50th anniversary gala of the Foundation for Contemporary Arts (FCA), the organization Jasper Johns and others founded in the early 1960s on the model of artists supporting one another’s creative efforts. It started as visual artists supporting performing artists, but since 1993 artists working in just about any medium have been eligible for a grant. The $25,000 grants come out of the blue, and there are no strings attached. You can use it, as Whitney Museum curator Scott Rothkopf said at Monday’s event, “to pay rent, to hire a fabricator, to buy paint, whatever. Buy a suit—all of these things have happened, none is more deserving than another.” In the 50 years the organization has been around, it’s given out 2,100 grants totaling over $10 million. Nearly 1,000 artists have donated work.

It is, as Ms. Michelson described, a sign from a group of artist peers, one “that says, ‘You. Keep going, you.'”

Held in the Long Island City studios of artist couple Joel Shapiro and Ellen Phelan, this was, surprisingly, the first  gala in the FCA’s history. Chez Shapiro/Phelan is a full four floors of studios. Room to room guests meandered—some 120 artists were on hand, as well as curators, writers, collectors and, it must be mentioned, Meryl Streep, along with her husband, sculptor Don Gummer—taking in artworks but also art materials, tables lined with tubes of paint, a collection of vintage dolls (Ms. Phelan’s, presumably). With so many artists present in such grand-scale studios (this is New York, where most studios are shoeboxes) certain kinds of conversations were perhaps inevitable:

Mr. Saltz was fresh off an act of heroism. On a lower floor of the studios, one half of a prominent art world couple (let us not say who) brushed against a Joel Shapiro maquette, which nearly toppled, but no sooner had she brushed it than none other than Mr. Saltz himself swept in to catch it and right it.

Artist 1, Artist 2, Mr. Saltz, and pretty much everyone else on hand eventually made their way to the rooftop, which boasts extraordinary views of the skylines of Queens and Manhattan, made all the more dramatic by the fact that it was a clear eveni—not so fast. Suddenly, plumes of smoke began to rise from the sidewalk, accompanied by an increasingly noxious odor.

Reactions ranged from ‘What’s that?’ and ‘Who knows!’ to ‘Maybe it’s just a Queens thing.’ Someone said it looked like it was happening somewhere distant—along the water? Artist Walton Ford jested otherwise. “I think it’s our dinner. We’ll be eating rubber tires.”

It’s to the credit of FCA that, no sooner had everyone made their way back downstairs and taken their seats in the tent installed in the backyard, than executive director Stacy Stark opened her opening remarks by declaring “If you noticed some smoke before, that was our generator. Blowing up. Which is why we have no heat in the tent.”

The no heat in the tent thing was wrong, of course. The FCA’s gala was among the warmest this reporter has attended. Ms. Stark spoke of how Trisha Brown got her first FCA grant in 1971—$360 to cover the cost of a performance and six months of rent. (Oohs, ahhs, laughs, applause and general incredulity, probably from the audience’s younger generation, in response to that rent bit.)

Then master of ceremonies Scott Rothkopf recounted the FCA’s origin story: In fall of 1962, Merce Cunningham wanted to do something on Broadway with his dance company. It would cost $30,000 of which ticket sales would cover half, if that. His friends Jasper Johns and Robert Rauschenberg offered to donate a painting each to sell on Cunningham’s behalf. John Cage pitched in, too, and the value of their contributions ended up exceeding the amount Cunningham needed. Mr. Johns asked Cunningham what he thought should be done with the difference, and Cunningham said, “Help others, because we’re all in the same boat.” The foundation was born as an organization for visual artists to aid performers, on the premise, Mr. Rothkopf said, “that artists who make things could help support artists who don’t.”

A kickoff event—”the best way to get artists involved was the same way we do it today: throw a party and give them drinks”—led to a March 1963 benefit exhibition at Allan Stone Gallery that included pieces by what we would now think of as a who’s who of the era: Claes Oldenburg and Frank Stella (both of whom were on hand for the gala), Rothko, Warhol, Ellsworth Kelly, Lee Bontecou, Marcel Duchamp, Ad Reinhardt, Roy Lichtenstein, Barnett Newman, and Jim Rosenquist, whose large painting was still wet when it arrived on the day of the opening.

It was the first-ever benefit sale of artworks. “This may be a fundraising genie that some artists would like to put back in the bottle,” Mr. Rothkopf said, “but I know they are much happier to get donations from one another than they are from the likes of me.” He then threatened to sell the large Joel Shapiro sculpture serving as a centerpiece in the tent, to benefit the organization.

Then 1999 grantee Martin Kersels took the stage. “When I was awarded this,” he said, “it was basically the first message heaven had sent me —besides winning a corsage at an orchids show when I was 11. Which”—the corsage—”was a luck thing. I don’t think the FCA award was a luck thing—I hope it wasn’t. Unlike the corsage, which I pressed and put in this envelope years ago—”he appeared to have the envelope with him—”1971 it says, I’ve had it nearly 40 years, the award I got from the FCA went toward making work.” That’s a bit of an understatement. He rented a bigger studio and made his biggest piece to date, the famous Tumble Room, a little girl’s room that rotated on a giant axis, the room’s contents tumbling around as though in a clothes dryer and, over the course of its exhibition (Deitch Projects showed it in 2001) disintegrating to the point where they were no more than a pile of rubble.

One of the newest FCA board members, Glenn Ligon, had the evening’s last words, introducing the current board (which includes T.J. Wilcox, Robert Gober and others) and sharing his reasons for joining. One was FCA board member, Agnes Gund the longtime arts supporter and MoMA trustee. “Aggie asked me to,” Mr. Ligon said, “and I love me some Aggie.”

And then everyone shuffled out into the chilly night air, now clear of smoke, clutching bags that each contained a Jasper Johns lithograph (he’d donated 10 lithographs depicting the numerals one through nine, each in an edition of 40), probably liking galas a bit more than they had in the past.

Reached the following day, Mr. Saltz (who, incidentally, is not exactly a regular at such affairs) had this to say over email: “It is an incredible thing to see this extraordinarily generous foundation run by-artists-for-artists looking as if it is going to successfully make the difficult transition to being run by a new generation or two of artists—all of whom appear to have the same unparalleled commitment to providing much-needed help to artists at critical turning points in their careers. This is what a life lived in art looks and feels like. I love the art world when it acts like this.”