TRENTON – Parents of children killed in the Newtown school shooting last year brought their stories to the New Jersey Statehouse Tuesday, urging lawmakers to push for what they called “common sense” gun reforms.

The parents, holding back tears and clutching hands, pressed on behalf of a host of bills making their way through the Legislature, and argued a bill that would limit the amount of rounds to a magazine clip should absolutely be a part of a final gun package.

“If he had to reload three times instead of one time, there would have been more lives [saved],” said Neil Heslin, referring to the Connecticut shooter who killed his son and dozens of others at Sandy Hook Elementary School.

“Probably my son Jesse would have been alive today,” he said. “It’s something I don’t wish upon any person or any family to ever have to deal with.”

Heslin’s comments were echoed by other parents who lost children.

“We have learned that in the time it took [the shooter] to reload in one of the classrooms, 11 of the children were able to escape,” said Nicole Hockley, who lost her son Dylan.

“Would my son be alive today?” Hockley asked.

“I feel I owe it to Dylan to advocate on behalf of stronger gun legislation,” she said. “The issue of gun violence transcends agate lines. … New Jersey should not wait until there’s a Newtown that happens here.”

The parents implored lawmakers to learn from what happened in Newtown.

“The truth is, what happened in Newtown can happen in any town,” said Nelba Marquez-Greene, whose 6-year-old daughter Ana was killed in Newtown.

Marquez-Greene explained how her son who also attended school at Sandy Hook Elementary “overheard the execution of his sister and 19 of her friends.”

“In an instant, any mother in America can be in my shoes,” she said.

Assembly lawmakers cleared a proposal that would limit the amount of ammunition in a magazine clip from 15 bullets to only ten.

The Senate, which is discussing its own gun proposals today and Thursday, did not include a bill that would further restrict the amount of bullets.

Sen. Loretta Weinberg, (D-37), pledged to the Newtown families Tuesday that she would fight to get the bill passed through the Senate. 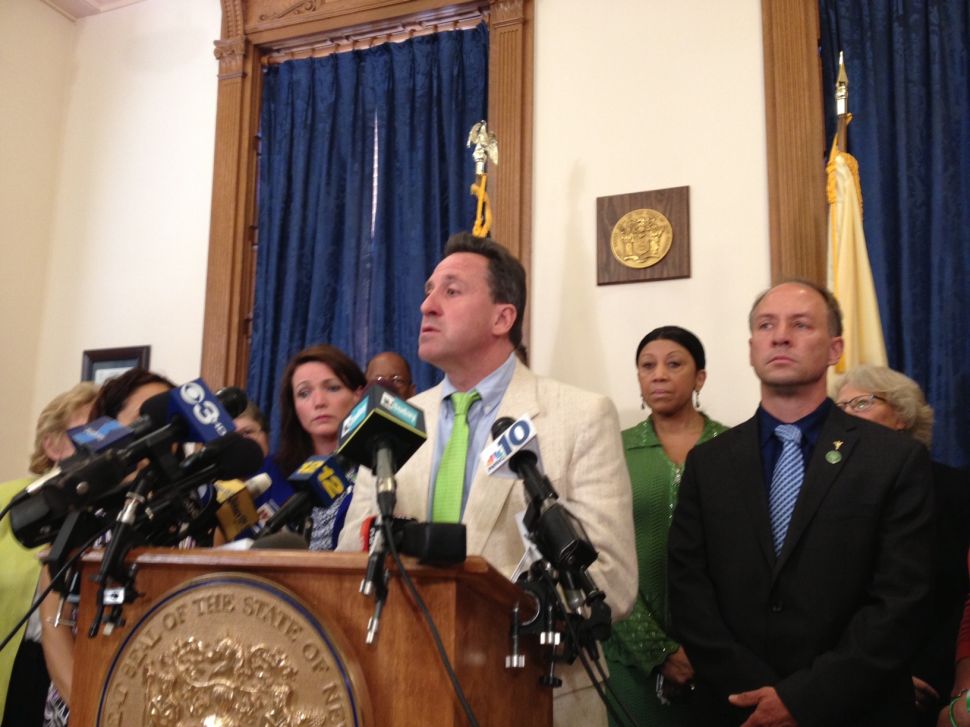