Fulop’s TV ad shows the infamous grainy footage of Healy in a diner and the voice of disgraced developer Solomon Dwek.

“Steve Fulop will literally do or say anything to quench his thirst for political power,” said Healy Campaign Spokesman Joshua Henne, in response to the ad. “This is just another sleazy attempt by Fulop’s desperate campaign to distract from his own ethical issues. There’s only one person breaking the rules, and that’s Steve Fulop who steered six-figure Board of Ed contracts to his campaign contributors at taxpayer expense.” 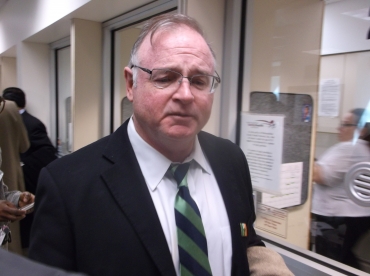