JERSEY CITY – As Team Healy calls on Steve Fulop to cease and desist with his television ad, the downtown councilman is hitting them in mailboxes with the same message.

The message is that the incumbent mayor sat in a diner booth with disgraced developer Solomon Dwek.

“Thank you, we can make this mutually beneficial,” the mayor is quoted in the ad – a handy pull quote for the mail piece.

“Steve Fulop will literally do or say anything to quench his thirst for power – even use his pay-to-play tainted campaign funds to stuff lies in people’s mailboxes,” he said. “Fulop is desperately slinging mud in a feeble attempt to distract from his own pay-to-play scandals that have cost taxpayers their hard-earned money and been an affront to open, honest government.” 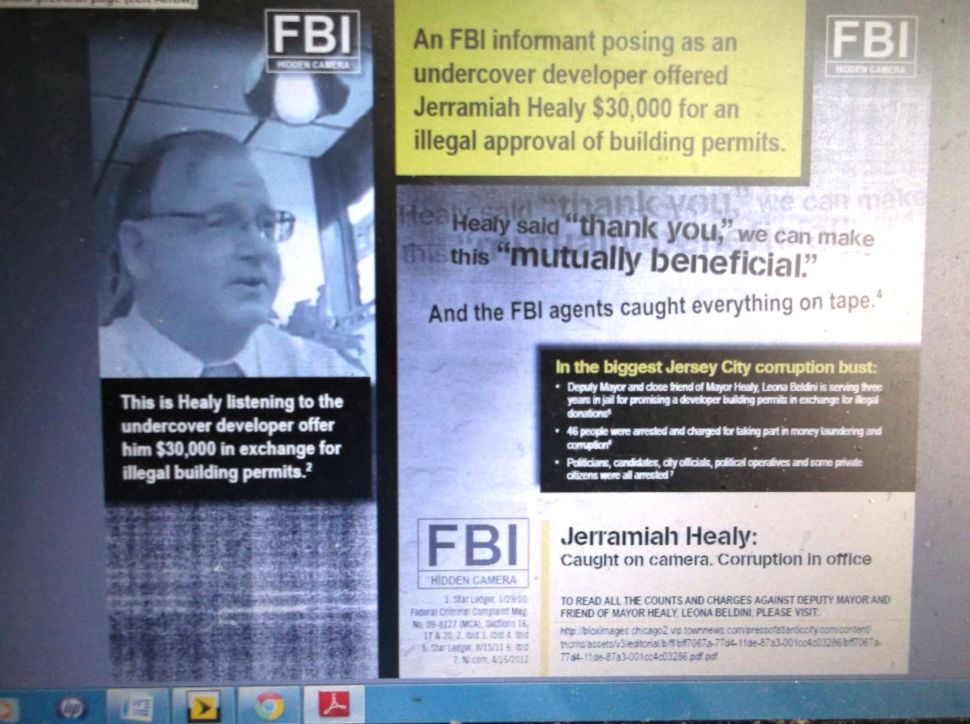