ELIZABETH – The clang of cargo across the river sounds all day, where a block up from the docks in the First Ward, state Sen. Ray Lesniak (D-20) went to the front of a roomful of neighborhood residents and said expansively, “These are my people.”

Yet on the other side of the highway, inland, upstairs in the Cuban Club under a revolving, shimmering disco ball, Carlos Trujillo gripped a microphone and told a crowd of Lesniak opponents that two years after beating the incumbent senator in Elizabeth but losing the district, he’s tired of those who try to represent the people “who don’t look like us, walk like us, talk like us or even like us.”

“Don’t you get tired of being ignored?” Trujillo asked.

Elizabeth, Roselle, Hillside and Union comprise LD 20, where Lesniak has made his career as a legislator for nearly four decades.

“I grew up right over there,” he told his local ally, Ward 1 Councilman Carlos Torres, pointing up the street moments before he joined Torres and Mayor Chris Bollwage to cut the ribbon to officially open the councilman’s campaign headquarters.

It’s a fact he is happy to emphasize, particularly after his opponents hammered him two years ago with campaign glossies showing his affluent bayside house in Mantoloking and drummed the message that the lawyer senator has used his public position to advance his personal wealth.

Lesniak’s mail pieces in Torres’ headquarters show him in his baseball uniform when he played for Elizabeth High School and sell the local boy made good angle. He has been on Spanish television for a month now in advance of the coming Democratic Primary. “I’ve knocked on over 13,000 doors of Hispanic households,” he told PolitickerNJ.com.

He gave a nod to Bollwage.

“My goal is to win by a bigger percentage than he won by,” the senator said with a mischievous grin, referring to the mayor’s 3-1 trouncing last year of challenger Oscar Ocasio.

But Trujillo and his allies, including the leader of their movement, Rafael Fajardo, want to capitalize on their organization-building in Elizabeth and their core of Latino adherents to join with other minorities in Hillside and, specifically this time, Roselle. Half of the 50,550 registered Democratic Party voters in LD 20 identify as either Latino (16,467) or African American (9,832).

“When I was growing up in Elizabeth, the Irish ran everything,” Trujillo said.

The Mariel Boatlift of 1980 changed the landscape, he said, almost overnight, as an influx of Cuban immigrants settled in the city. “Hispanics were lucky to work the night shift as janitors, but that began to change as Fajardo started organizing,” Trujillo said.

Graduating from law school this year with a focus on criminal and real estate law, Madeline Fajardo, the youngest daughter of Rafael, is on the opposition ticket as a freeholder candidate.

Lesniak’s allies trust Cryan, an undersheriff who occupies one of several plum patronage appointments in the inner circle of incumbent Sheriff Ralph Froelich, will be motivated to support his boss against challenger Charles Mitchell of Roselle, a reverend and sheriff’s officer. But an insider with the Elizabeth Board of Ed said the organization carefully selected Mitchell in full knowledge that his candidacy could engage Cryan against them – and trusts it won’t.

“I don’t buy that,” Bollwage said of a less than energized Cryan. “The sheriff’s up for re-election and it’s in Joe’s best interest to get out the vote in Union Township.”

For his part, Lesniak has his own strategic designs.

Since winning re-election in 2011 and vowing revenge on his opponents for running against him, the senator worked with the Star-Ledger to expose the Elizabeth Board of Ed’s abuse of the school lunch program. Now Board of Education President Marie Munn is under indictment. On Friday night at Obe’s campaign kickoff, the ranks of political supporters appeared thinned.

“What’s too bad is we’re a Blue Ribbon school district and the Star-Ledger never saw fit to do any stories about that,” said Tony Monteiro, one of the leaders of the organization and a former councilman who two years ago ran for the Assembly.  “All they have emphasized is the bad, the negative. Since the beginning, there’s been antagonism from Lesniak and that has forced us to be political.”

Alert to the challenge, the change in dynamics and, by all appearances, taking every precaution required to stay in office, Lesniak nonetheless trusts that the board’s weakened political condition coupled with Obe’s lack of name ID give him traction heading toward the June 4 election.

“I get a kick out of you making her a winner this week,” said Bollwage, referring to PolitickerNJ.com’s Winners and Losers column. “How absurd. Nobody knows her.”

Given the concentration of scrutiny around the board and its political leaders, the opposition sees an upside in the unknown Obe. “They were all expecting Jerome Dunn, Carlos (Cedeno) or me to run,” Monteiro said. “They didn’t see this coming.”

Obe told PolitickerNJ.com she intends to campaign hard. “This will be a touch and feel campaign,” she said. “I’ll be knocking on doors.” She will also have the artillery support of a newspaper that will once again launch a weekly salvo against the incumbent senator. The first issue hits the streets next week.

Two years ago, the newspaper focused almost exclusively on Lesniak.

“When we stood up to the same machine politics that has run Union County for 36 years, Lesniak gloated the night he won the election and vowed to destroy us,” Trujillo told the crowd at the Cuban Club. “Is this the kind of representation we deserve?”

Once former Gov. Jim McGreevey’s mentor, the man who vied with Sen. John Lynch for a piece of the political soul that turned into the Trenton carcass reborn as McGreevey mentoring women on the streets of Newark and featured by HBO, Lesniak just a week ago remarked on how the fallen governor can now continue his life unfettered by the vanities and vagaries of politics.

And yet, the older man, who came up on the streets schooled in politics by his late mother, Lesniak trudges into another election, his own, this one arguably his toughest, maybe lonelier than others, but one he insists is already renewing him as he and Torres, who formed a Pop Warner football league in the city, prepare to head into the teeth of the campaign season.

“Ego, somewhat, the perniciousness of my opponents, somewhat,” he admitted. “But in the end, it’s my passion. I’m dedicated to what I do.” 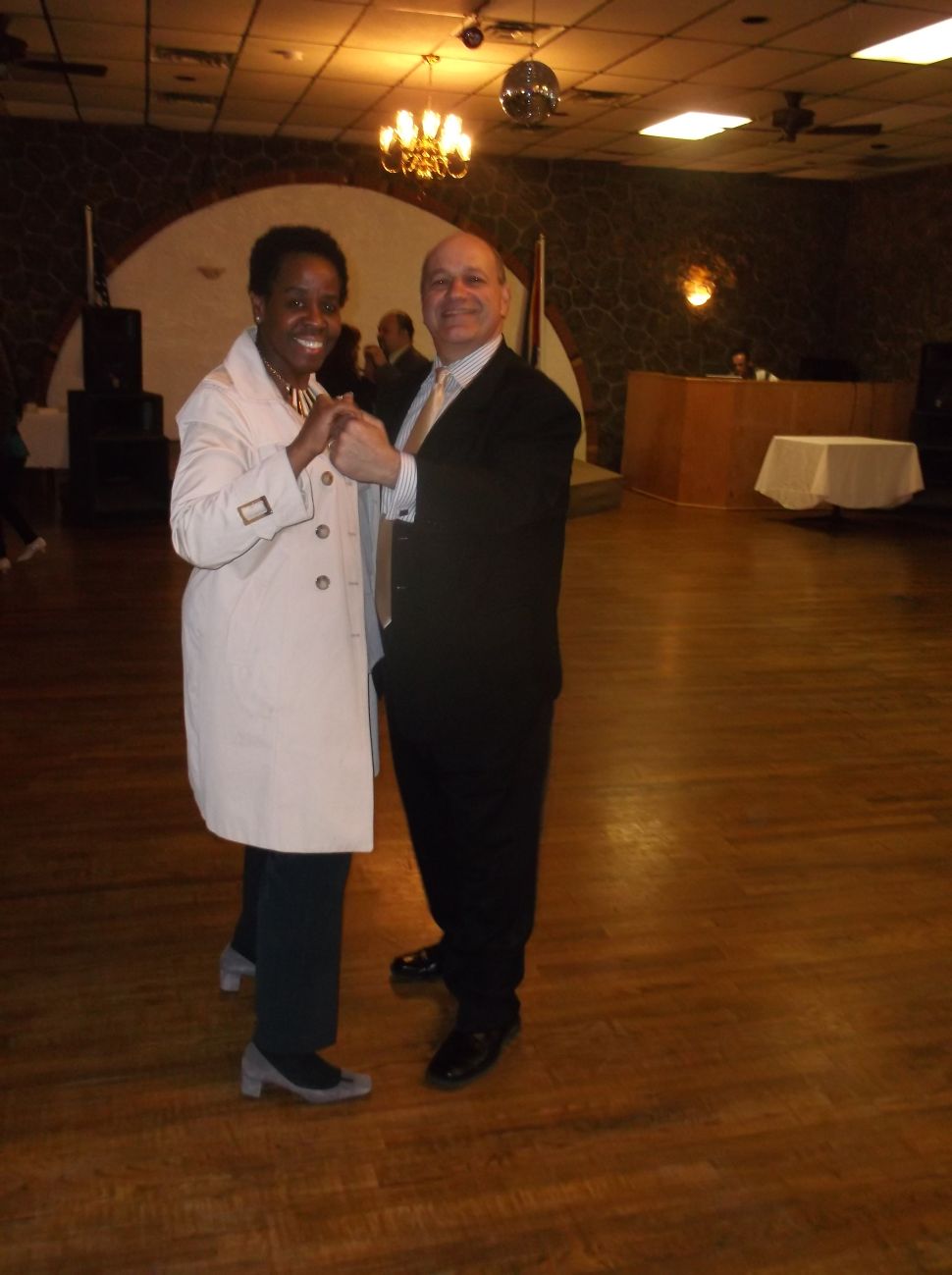