A federal Grand Jury has filed a superceding indictment of conspiracy against West New York Mayor Felix Roque and his son Joseph.

Roque is already facing charges of computer hacking. The superceding indictment specifically asserts that the mayor and his son conspired together to hack a computer without authorization.

The additional count was filed yesterday.

Pablo Fonseca, spokesman for the mayor, issued a response to the day’s news.

“At this time Mayor Roque will allow the justice system to continue its course,” Fonseca said in a statement. “This will not affect his public office or his medical practice as a physician. He believes in our great constitutional democratic system, which states that you are innocent until proven guilty. We need to give the Mayor a chance to clear his name and reputation. The Mayor is a patriot and a fighter and is looking toward his day in court, to prove his innocence.

“In the meantime, Mayor Roque will continue to govern and concentrate in serving his community specifically by closing the budget gap without affecting the excellence in services provided to its residents. While he is going through this turbulent time his first priority is to value the quality of life of our residents and provide open, transparent and accessible government.” 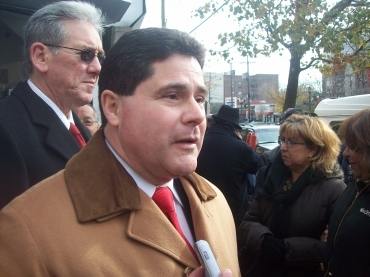